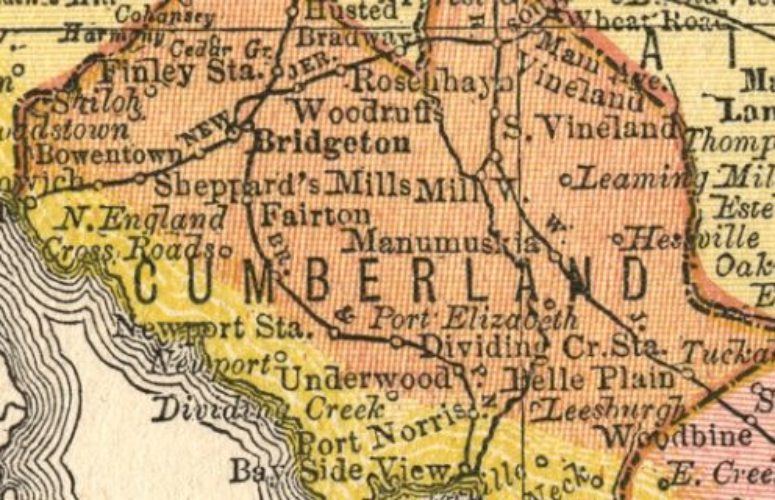 Gov. Phil Murphy announced that the New Jersey Department of Environmental Protection has entered into one of the most significant land deals in the agency’s history with a signed agreement to purchase a 1,400-acre Cumberland County farm to preserve New Jersey’s largest concentration of endangered species and mitigate the effect of climate change. The property, which is owned by Atlantic City Electric and known as Holly Farm, is situated between Menantico Creek and Manumuskin Creek, two federally designated Wild and Scenic Rivers. The acquisition of the property will also directly connect to two Nature Conservancy preserves that will be donated to the Department of Environmental Protection. In total, these additions will expand the preserved Menantico Ponds Wildlife Management Area by more than 5,500 acres. Financial terms of the agreement will be made public when the purchase is finalized.

“Safeguarding New Jersey’s interconnected open spaces and diverse ecosystem is critically important in protecting our environment,” said Governor Murphy. “In addition to protecting endangered species, our open spaces have the capacity to store large amounts of carbon emissions and absorb water to reduce flooding in our communities. Through the acquisition of Holly Farm, we are able to preserve New Jersey’s natural resources and become more resilient to the devastating effects of climate change.”

“We appreciate Atlantic City Electric’s commitment to the environment by helping to preserve this critical open space in South Jersey,” said Department of Environmental Protection Commissioner Catherine R. McCabe. “The purchase of the Holly Farm property is a tremendous accomplishment for the state of New Jersey, our conservation partners and residents. Preservation of this property protects an important wildlife corridor and eliminates the risk of development to a scenic and ecologically sensitive region. In addition, the trees and other plants absorb greenhouse gases, mitigating the effects of climate change.”

The Holly Farm property includes an area that Department of Environmental Protection has deemed a National Heritage Priority Site and represents some of the best remaining habitat for rare plant species and rare ecological communities in New Jersey. The site at Holly Farm is habitat for seven rare plants including the sensitive joint-vetch, a federally and globally protected species.

Department of Environmental Protection records have also documented the existence of the threatened Pine Barrens treefrogs, pine and scarlet snakes, corn snakes, barred owls, red-headed woodpeckers, Cooper’s hawks, and the dotted skipper butterfly. The property provides habitat suitable for timber rattlesnakes and Cope’s treefrogs and is the nesting and foraging area for 71 species of breeding birds and nine species of migratory birds. Additionally, the area has been deemed a critical nest buffer and foraging habitat for bald eagles, least tern, and ospreys.

“Our commitment to serving our customers and communities goes beyond providing the safe and reliable energy service they count on,” said Dave Velazquez, president and CEO of Pepco Holdings, which includes Atlantic City Electric. “We recognize that we need to lead the fight against climate change and help preserve the environment where we live and work.  We believe the sale of the Holly Farm property to the DEP best fulfills our responsibilities to our customers and communities, as it supports the continued well-being of the region’s natural environment and ensures the continued benefits of this open space for generations to come.”

“We are excited about the addition of this land to our Green Acres inventory and the expansion of open space connectivity in South Jersey,” said Ray Bukowski, DEP assistant commissioner for Natural and Historic Resources. “Visitors to this property will be able to enjoy the land as a place to quietly appreciate nature, hike, or view wildlife in pristine habitats.”

Many nonprofit and conservation groups partnered with the Department of Environmental Protection to secure funding through the Open Space Institute to assist with land surveys and plans for potential improvements to the property. They include The Nature Conservancy, the New Jersey Conservation Foundation, NJ Audubon, Natural Lands, the Association of New Jersey Environmental Commissions and Citizens United to Protect the Maurice River. The work of these organizations has been instrumental in ensuring that local planning and zoning efforts safeguard water resources and critical habitats on the property.

“NJ Audubon thanks Atlantic City Electric, the Murphy Administration and DEP for preserving the Holly Farm,” said Eric Stiles, president and CEO of the New Jersey Audubon Society. “This amazing site, which many state and local organizations have been championing for over two decades to permanently protect, provides essential access for outdoor recreation and wildlife and habitat protection. This achieves the twin objectives of supporting the economy through advancing nature-based tourism and improving and preserving our environment.”

“The Nature Conservancy applauds both Atlantic City Electric and the Murphy Administration for working together to preserve one of the crown jewels and a major missing piece in New Jersey’s open space system” said Tom Wells, director of government relations for the Nature Conservancy.  “This tract is a keystone property connecting many thousands of acres of already preserved very high value natural lands and sensitive wildlife habitats in southern NJ  This is one of the most important land preservation projects in New Jersey in many years.”

“The preservation of 1,400 acres of forested land at Holly Farms in Millville, Cumberland County brings the total acres of preserved land in the area to over 28,000. This could not have happened without the strong environmental commitment of Atlantic City Electric and hard work of Commissioner McCabe to ensure open spaces are available for future generations,” said Ed Potosnak, Executive Director of New Jersey League of Conservation Voters. “Our children and children’s children will benefit from this important forested land tract being part of the surrounding preserved open spaces.”

“After 30+ years of CU Maurice River’s intense advocacy, the Governor, the NJ DEP, and Atlantic Electric have made this monumental addition to the surrounding preserved lands a reality,” J. Morton Galetto, CU Maurice River. “We salute their courage. This newly acquired space preserves in perpetuity a bridge between two Wild and Scenic river corridors that are home to NJ’s largest concentration of rare and endangered species. This is a global treasure that the public will appreciate for generations to come.”

“This is tremendous news for the people and animals that call the Garden State home,” said Jennifer M. Coffey, ANJEC executive director. “It’s the completion of more than a decade of work to protect enormously special habitat for threatened and endangered species for generations to come. ANJEC extends gratitude this week of Thanksgiving to Governor Murphy, Commissioner McCabe, Atlantic City Electric, Cumberland County and everyone who helped make Holly Farms go green!”

“This is a fantastic day for the environment in New Jersey,” said Ed Lloyd, director of the Columbia Environmental Law Clinic. “After three decades of negotiations, we want to commend Atlantic City Electric and NJ DEP for preserving this gem.”

“The New Jersey Conservation Foundation commends and congratulates Atlantic City Electric and the New Jersey Department of Environmental Protection for purchasing and permanently preserving the 1,380 acre “Holly Farm” in Millville as public trust conservation lands for all New Jerseyans,” said Michele S. Byers, executive director of the New Jersey Conservation Foundation. “We applaud today’s announcement and are honored to support the New Jersey Green Acres Program on this momentous land preservation achievement. Ecotourism is a major economic force in this region and the preservation of the Holly Farm will boost public visitation and enjoyment, bringing much needed economic benefits to the area.”