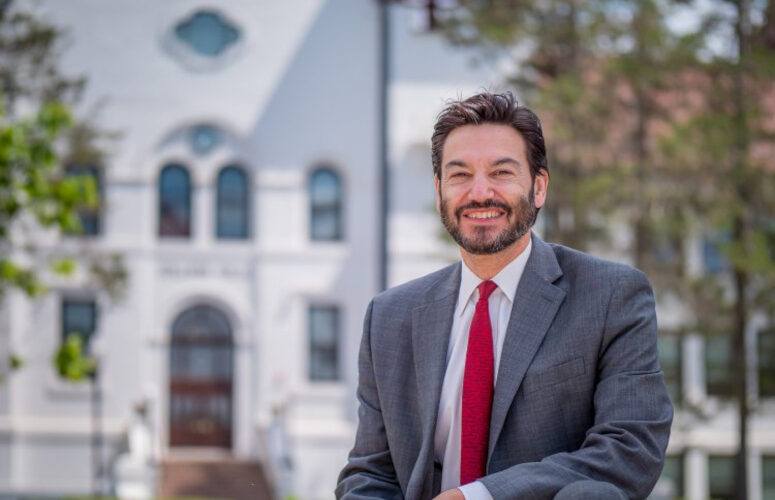 Jonathan G.S. Koppell has been selected as the 9th president of Montclair State University (MSU). As vice-provost for Public Service and Social Impact and dean of the Watts College of Public Service & Community Solution at Arizona State University (ASU), Koppel is a nationally regarded scholar of policy, organization and management who transformed the public affairs college at ASU into one of the largest, best and most innovative in the nation. He begins his new role at MSU on August 2.

He will succeed Susan Cole, who is retiring as MSU president after 23 years of service. Under Cole’s leadership, the university nearly doubled its enrollment to more than 21,000 students and rose from a well-respected regional master’s institution to become a doctoral resesarch university with a growing national reputation.

According to MSU board of trustees Chairman Francis M. Cuss, “Jonathan Koppell was the clear choice for all the trustees, who were impressed with his energy, his passion, and his dedication to the ideals of public higher education. He is an experienced and visionary leader with a very strong record of increasing service to students and communities, of supporting and advancing the work of the faculty, and engaging donors and alumni in the mission of his institution.”

“I could not be more excited about joining Montclair State University,” Koppell said. “At a pivotal moment in higher education, this university – with its deep commitment to serving the public interest and advancing student success – has an opportunity to define the future. I am so impressed by what the faculty and staff have accomplished with President Cole, and I am confident we can build on this foundation in bold, imaginative ways that contribute to the prosperity, health and well being of New Jersey and the nation.”

“I am confident that Jonathan Koppell understands this university and will work with the campus community to continue to secure a meaningful future for MSU and the students and the state it serves,” Susan Cole said. “Over the past two decades, MSU has evolved into a large, highly complex research university, expanded our service to New Jersey and the nation and built on the historical values of this institution to create a welcoming and supportive university dedicated to serving students who aspire to lives of accomplishment and contribution to society.”

During his decade-long tenure as dean of ASU’s Watts College of Public Service and Community Solutions and vice provost for public service and social impact, the college more than doubled its enrollment, becoming the nation’s largest comprehensive public affairs college, serving more than 9,000 students in bachelor’s, masters and doctoral programs. He also led the college to significantly improve its student retention and graduation rates through new and innovative counseling and student-support initiatives. Koppell quadrupled fundraising at the college, secured one of the largest gifts in the university’s 136-year history and tripled research funding to exceed $30 million annually. The college is ASU’s most diverse. The majority of its students are from underrepresented minority communities, and nearly two-thirds are from lower-income families.

Known as one of the most entrepreneurial leaders at Arizona State, an institution that is widely regarded as one of the nation’s most innovative universities, Koppell has guided Watts College to add some 20 new degree programs, greatly expand its online offerings and global programs, launch a unique joint college in Hainan, China, and create the nation’s first Public Service Academy. National rankings skyrocketed under his leadership with numerous programs now rated in the top ten nationally.

Cole announced her plans to retire on September 9, 2020. During her tenure at MSU, she recruited a highly diverse student body, hired hundreds of talented faculty members, opened four new schools and colleges, built some 4 million square feet of new academic space and modernized many teaching and research facilities, added housing for thousands of students, installed a highly efficient energy infrastructure that includes one of the few campus microgrids in the nation and added a train station providing direct access to midtown Manhattan.

“Montclair State, under President Cole’s leadership, has experienced a transformation that is nothing short of remarkable,” Cuss said. “At this moment in our history, we are now poised to build on those accomplishments and make an even greater impact on our state and on our nation.”

Koppell earned doctoral and master’s degrees in political science from the University of California – Berkeley and a baccalaureate degree in government from Harvard University. At ASU he holds the endowed Lattie and Elva Coor Presidential Chair as Professor of Public Administration and Policy and is a Fellow of the National Academy of Public Administration. At Montclair State he will serve as a faculty member in political science.

He began his academic career at Yale University, where he held faculty appointments in the School of Management and led the Milstein Center for Corporate Governance Performance.

Koppell, 51, is married to Jennifer Steen with whom he has two high-school aged children. The appointment represents a return to his home region. A lifelong Yankees and Jets fan, Koppell grew up in the Bronx and graduated from the Bronx H.S. of Science. He is the son of Kathleen Sunshine, a former dean and professor at Ramapo College, and G. Oliver Koppell, a former New York State attorney general, state assemblyman and New York City Council member.