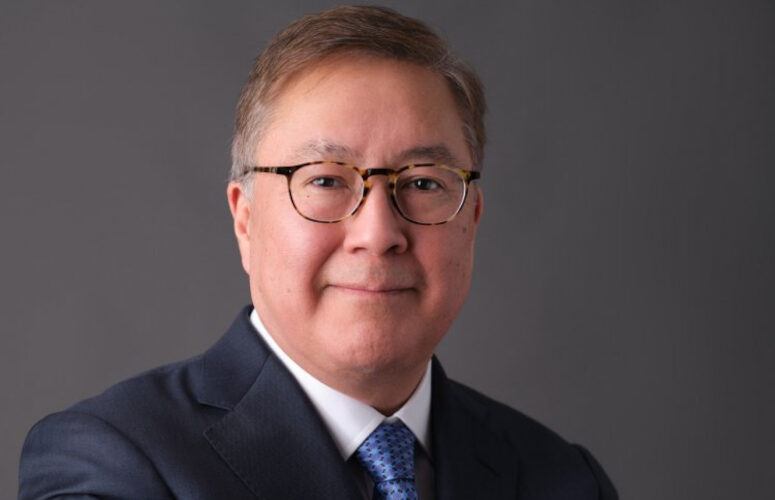 As the second-highest ranking officer of the University, Gonzales will lead the University’s 10 colleges and schools, which offer more than 300 academic degree programs serving some 21,000 students, the second-largest enrollment at any higher education institution in New Jersey.

“I am thrilled that Junius Gonzales will be joining the senior leadership team. His broad-ranging experience, track record of innovation, and his commitment to working collaboratively to support students and faculty will positively impact the entire University community,” says Koppell. “I am looking forward to working closely with him as we elevate Montclair to become a national model of an innovative 21st-century public university.”

Over a distinguished 30-year career, Gonzales has worked as a faculty member, researcher, consultant and senior administrator. He currently serves as Provost and Vice President for Academic Affairs at the New York Institute of Technology.

Gonzales brings extensive experience as a leader in higher education. He has served as the chief academic officer at the University of Texas-El Paso (UTEP), a Hispanic-Serving Institution, which like Montclair is committed to serving a diverse 21st-century student demographic and one that has achieved R1 designation as a top tier research university. Gonzales led efforts at UTEP that significantly increased student retention and degree completion, expanded online programs, and helped to increase faculty and student research.

He also held the position of Senior Vice President for Academic Affairs in the University of North Carolina System, one of the nation’s largest, comprising 16 colleges and universities and one residential high school that together enroll some 235,000 students. In 2016 he served as the UNC System’s interim president.

“Joining Montclair State University is a tremendous honor,” Gonzales says. “I am impressed by Montclair’s rising trajectory, which includes outstanding student success, remarkable growth in research and scholarship, and increasing recognition in national rankings. The University’s designation as a Hispanic-Serving Institution, its diversity and inclusivity, and its sense of community and belonging resonate deeply with me, given my personal journey as a first-generation college student from a minority background.

“I was raised by a single mother, and we never had much money, but the small clusters of immigrants who shared the tenements we lived in helped to care for each other, in spite of harsh, often ongoing, forces, creating a lasting lesson for me on the importance of community and empathy. My lived experiences as a student, especially from college on, taught me the power of inclusion, of being treated with kindness and equality, which overpowered those times when I was not and helped me reconcile my worries about measuring up because I started with many less resources. I recognize the undeniable privilege I had by attending elite universities – one that still brings benefits – and I work committedly to pay it forward by doing all I can to listen closely and ensure that every employee, every student and their family feels welcomed, included and supported.

“I am excited and humbled to have the chance to work with President Koppell and the senior team as together we contribute to Montclair’s growing reputation for providing great value and equity, partnering with communities to solve critical problems, and supporting students to take great leaps forward.”

Gonzales began his career as a psychiatrist who treated patients and conducted research in Georgetown University’s academic medical center before joining the National Institutes of Health, where he rose to become Director of the Division of Services and Intervention Research in the National Institute of Mental Health (NIMH), overseeing a $250 million research portfolio that included the largest-ever federally funded studies of the comparative effectiveness of different treatments for mental health disorders.

After serving at NIMH, Gonzales worked as a Principal at Abt Associates, a consulting firm, advising private and public sector organizations on matters related to scientific research and health care, then returned to higher education as a dean at the University of South Florida, where his accomplishments included creating and leading a new college, the College of Behavioral and Community Sciences, which served nearly 3,000 students in nationally ranked academic programs and provided the second-largest source of research funding in the entire university.

His research interests include mental health disparities among the Latinx population, the treatment of depression, and non-cognitive factors that influence college student success. He has received $15 million in research funding from sources that include the National Institute on Drug Abuse and the Gates Foundation and published more than 50 scholarly papers and book chapters.

Gonzales has been recognized with numerous awards and accolades, including the New York Hispanic Chamber of Commerce’s 2021 Educational Excellence Award, which will be presented today. He has also served on national committees for federal agencies such as the Agency for Healthcare Research and Quality and for higher education associations such as the Association of Public and Land Grant Universities.

Gonzales succeeds Kimberly Hollister, who since July has served as Acting Provost over the last six months, after Willard Gingerich stepped down to return to the faculty as a professor of English.