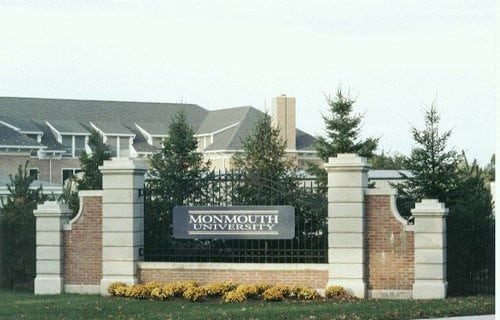 Monmouth University announced the retirement of President Paul R. Brown, Ph.D. and the appointment of former Vice President and General Counsel Grey J. Dimenna to serve as Interim President during the search for Brown’s successor. The announcement was made by Chair of the Board of Trustees Henry D. Mercer.

Brown, Monmouth’s eighth president in the school’s 84-year history, joined the West Long Branch-based University in 2013. His sabbatical is planned to begin in March and will conclude with his retirement.

“I didn’t come to the decision to retire lightly, and after many discussions I knew the time was right,” said Brown. “Monmouth is positioned for a great future and I am confident that the University is in good hands with Grey at the helm.”

“The University made great strides during Paul Brown’s tenure,” said Mercer. “The reputation of the University continues to grow, with the Polling Institute and the Urban Coast Institute gaining national recognition. Nevertheless, our primary mission is the enhancement of the educational experience of students.

“Under President Brown, the University’s strategic plan furthered this effort by enhancing academic programs, expanding facilities, and placing a priority on the preparation for life after Monmouth. The athletics programs also have seen national success,” said Mercer.

Brown said he intends to use his sabbatical to explore how melding the liberal arts and business disciplines can better prepare students as they launch and pursue their careers – an area of passion to him for more than 30 years. In undertaking this important initiative, Brown draws on his extensive experience in higher education and his broad knowledge of business, he said.

“Paul touched many lives during his tenure,” said Dimenna who retired as vice president and general counsel in July 2015. The entire Monmouth University community wishes Paul an engaged and rewarding retirement,” Dimenna said.

“I’m incredibly enthusiastic about the school’s future,” said Mercer. “As a leading private institution committed to excellence and integrity in teaching, scholarship and service, I am confident that Monmouth University’s reach and influence will continue to grow and our students will continue to undertake and achieve great things.”