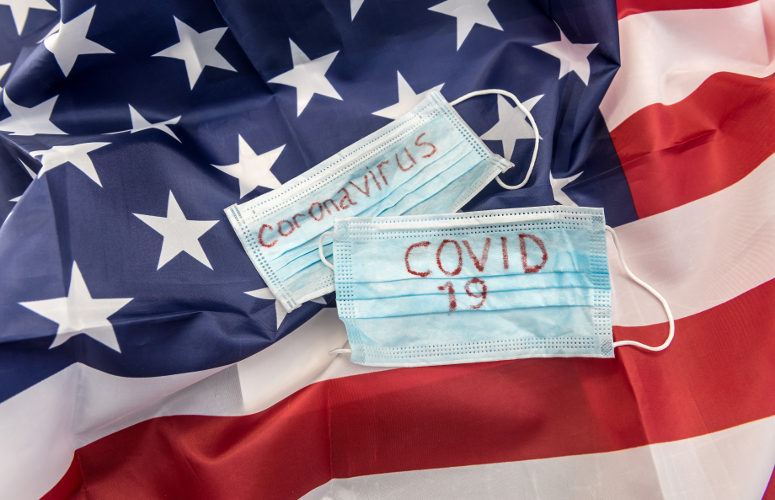 Monmouth Poll: US Not Handling COVID as Well as Other Countries

President Donald Trump continues to receive poor marks for his response to the coronavirus outbreak, as a majority of the American public believes the U.S. is handling the pandemic worse than other countries. The Monmouth University Poll also finds a decline in what had been overwhelmingly positive ratings for federal health agencies and state governors. Most Americans are hopeful that they will be able to get back their lives to normal once the outbreak subsides, but few expect that to happen anytime soon.

Most Americans (52%) think the United States’ handling of the pandemic is worse than other countries. Just 15% feel the U.S. is a doing a better job than others and 29% say it is doing about the same. Currently, 22% of the public says the country is headed in the right direction while 72% says it is on the wrong track. The “wrong track” number has been above 70% since early June.

Less than 4 in 10 (38%) Americans express confidence that the country will be able to limit the impact of the outbreak over the next few weeks. This level of confidence is similar to polls taken in late June (37%) and early June (43%), but is lower than May (50%), April (53%), and March (62%). It is worth noting that the number of people who are not at all confident in the country’s ability to limit the outbreak has consistently ticked up between 2 and 6 points each month. Lack of any confidence started out at just 15% in March before rising to 32% in late June and 38% in the current poll.

“There appears to be a growing sense that the U.S. does not have a handle on this pandemic, especially when Americans see other countries opening up without the uptick in cases we see here,” said Patrick Murray, director of the independent Monmouth University Polling Institute.

The president’s overall job approval rating is holding steady at 41% approve and 53% disapprove, which is identical to his rating in late June. His best job rating in the Monmouth poll since taking office was 46%–48% in March this year. Trump earns an 88% approve to 7% disapprove rating from his fellow Republicans, 33%–58% from independents and 8%–89% from Democrats.

The Monmouth University Poll also finds that Americans continue to be more satisfied with the outbreak measures taken by their state than they are with Washington’s response, although agreement has declined for both levels of government. Just 30% say the measures taken by the federal government to slow the spread of the virus have been appropriate while 58% say they have not gone far enough, and another 10% say they have gone too far. At the end of June, 34% said federal measures were appropriate, 54% said they had not gone far enough, and 9% said they went too far.

The public remains cautious about reopening the country in the midst of the coronavirus pandemic. Six in ten (61%) are more concerned that states are lifting restrictions too quickly compared with 31% who are more concerned this is happening too slowly. These results have been fairly consistent since May.

“In the absence of a unified national response, people have been looking to their state governors for leadership. But as the pandemic continues, that goodwill is starting to wear thin,” said Murray.

State governors as a group have seen a decline in their pandemic rating, sliding below 60% for the first time since the outbreak. Currently, 57% say their state’s governor is doing a good job handling the outbreak and 35% say they are doing a bad job. In early June, governors’ good job rating stood at 67%. This rating was consistently above 70% in polls taken prior to that.

Looking at the pandemic’s impact closer to home, Covid remains a top-of-mind concern for Americans, although less so than at the start of the outbreak. Currently, 39% cite the pandemic when asked to name the biggest concern facing their family right now. This far outpaces direct mentions of economic issues, such as jobs and employment (10%), paying bills (8%), and the economy in general (7%). In March, a solid majority (57%) of the public named the coronavirus outbreak as their family’s top concern. Similar proportions of all partisan groups mention the pandemic as their biggest issue, including 44% of Democrats, 40% of Republicans, and 36% of independents in the current poll. This is down from 62% of Democrats, 57% of Republicans, and 53% of independents who said the same in March.

“Americans have adapted to the new reality, but some have done this by simply ignoring the social distancing guidelines. And that has not helped alleviate concerns about the continued spread of this virus,” said Murray.

Just 26% say the American public has done a good job dealing with the outbreak while 62% say their fellow Americans have done a bad job. This is similar to Monmouth poll results in late June (28% good job and 59% bad job). Feelings about our neighbors’ behavior was more positive in early June (46% good job to 43% bad job) and May (51% to 33%). Current sentiment about the American public’s behavior in response to the pandemic is worse than it was at the outset of the crisis (38% good job to 48% bad job in April and 38% to 45% in March).

More than 2 in 3 Americans are worried about someone in their family becoming seriously ill from the virus, including 41% who are very concerned and 28% who are somewhat concerned. This level of concern has been fairly consistent over the past three months. A majority (53%) say their stress level has gone up during the outbreak, 5% say it has actually gone down, and 42% say it is unchanged. These results are similar to Monmouth’s April poll (55% gone up, 5% gone down, 40% stayed the same).

Despite concerns about the continued spread of the virus and increased stress levels, the vast majority of Americans remain hopeful that they will be able to get their lives back to normal after the outbreak, including 55% who are very hopeful and 36% who are somewhat hopeful. Still, the very hopeful number is down from April, when it stood at 69%. Republicans (76%) are just as likely to be very hopeful as they were four months ago (76%), while this level of positivity has declined among Democrats (from 64% in April to 39% now) and independents (from 68% in April to 52% now).