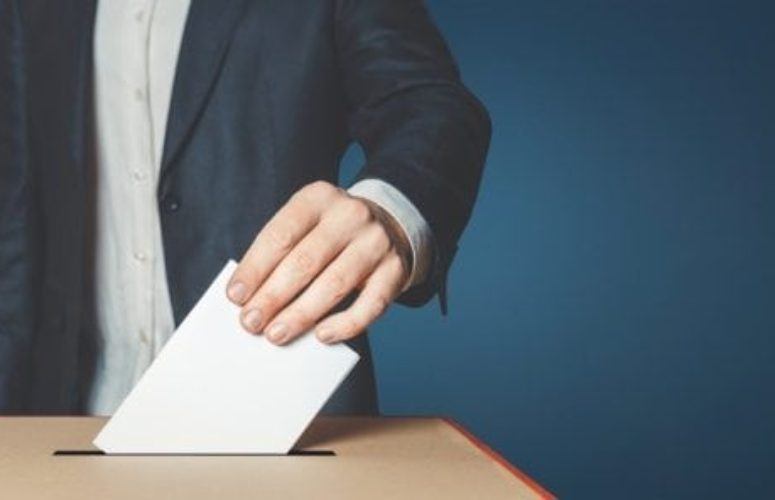 Monmouth Poll: State of the 2018 US House Races

The Monmouth University Poll finds the race for control of the House of Representatives to be tight in a new analysis of polls conducted in eight competitive bellwether congressional districts over the summer. These districts – which include a mix of suburban, rural, and industrial areas of the country – show that the electorate can be divided into groups of base voters and persuadable voters according to key demographics. Moreover, a precinct level analysis of President Donald Trump’s performance in 2016 is an indicator of support in these 2018 midterm races. These results paint a picture of the underlying fundamentals of the battle for control of Congress before voters fully engage in the fall campaign.

These are key findings from 3,390 interviews conducted in CA48, PA01, PA17, NJ03, NJ11, OH12, VA10, WV03 from June to August. Among all potential voters, support is evenly divided between the Democratic (43%) and the Republican (42%) candidates for Congress across the districts polled. The Democratic advantage increases slightly (47% to 43%) among likely voters. It is important to note that Republicans routinely won these eight districts by double digit margins in recent election cycles.

“One thing we saw in the special elections to fill U.S. House vacancies this year is that Democratic support grew the closer we got to Election Day. This does not necessarily mean the same will happen as we approach November, but Republicans in those prior races started out better positioned than we see in many competitive races for the midterm,” said Patrick Murray, director of the independent Monmouth University Polling Institute.

“Enthusiasm is contagious and this equation favors the Democrats right now. For example, we saw in Virginia’s gubernatorial contest last year that living in an area with large numbers of Democratic voters correlated with higher turnout levels. There are some indications from recent primaries that Republicans may be catching up on a national level, but they still lag behind Democrats in these key competitive races,” said Murray.

The analysis of Monmouth’s congressional polling also finds that sorting voters according to race, education and gender provides a useful way to identify base voters versus persuadable voters.  Republicans can count on white men without a college degree, while Democrats have strong support from white women with a college degree as well as women of color regardless of educational attainment. Importantly, voter enthusiasm currently seems to be higher among core Democratic groups than it does among the GOP blocs.

“In many respects, control of the House will depend on turning out voter blocs that each party knows it can count on for support in these districts. Monmouth’s House polling to date supports the narrative that white men who haven’t graduated college will be a key constituency for Republicans while white women with a college degree will serve the same role for Democrats. And even though these competitive districts tend to have smaller minority populations, Democrats cannot neglect engaging women of color, who are solidly behind them,” said Murray.

“These findings do not predict that Democrats are going to sweep these eight House contests. But they do indicate that the Republican candidate in each of these districts is facing an unprecedented challenge to hold that seat,” said Murray.

Monmouth’s polling in the special elections for Pennsylvania’s old CD18 in March and Ohio’s CD12 in August showed that the Republican candidates started off in the lead a month or two before those elections (+5R points in PA18 and +9R points in OH12 using Monmouth’s current standard likely voter model). Those leads evaporated by the week prior to ballots being cast (+2D points in PA18 and +1R points in Ohio using our standard likely voter model).

Data from recent elections have shown that turnout can vary by the partisan nature of where voters live, with higher turnout being seen in Democratic areas.  This pattern has not been consistent in all elections since 2016, but has been of particular note in the Virginia gubernatorial race and the Alabama special U.S. Senate election in 2017 as well as the recent special U.S. House election in Ohio’s 12th Congressional District. Monmouth’s House polling allows us to group voters according to the partisan lean of the precinct where they live, based on the presidential vote in 2012 and 2016. Comparing the current state of the race to past presidential vote gives a sense of how the current Republican nominees are doing relative to that benchmark.

Race, education and gender are key variables in vote choice. The large aggregated sample allows us to examine the vote choices of these groups more closely.  Overall, three groups emerge as driving the base of support for each party – none of which should come as a surprise to anyone who has been following American politics since 2016.  The main Republican bloc is white men without a college degree, while Democrats draw disproportionate support from two groups – white women with a college degree and women of color regardless of educational attainment.  White women without a degree and white men with a degree are more evenly divided in their House vote intent.  Men of color also tend to be a somewhat competitive group, although more lean Democratic.

The highest degree of party splitting comes from white men without a college degree who are registered as Democrats – 24% of this group support the Republican House candidate.  Likewise, 18% of white women without a degree and 17% of white men with a degree who are registered as Democrats are actually supporting the Republican. Among registered Republicans, women of color (41%) are the most likely to cross party lines and vote Democratic, although they make up a very small share of GOP-affiliated registrants.

Political interest and views by race/education/gender

Overall 54% of voters express a lot of interest in the upcoming congressional elections, but there is a significant disparity by voting intent. High interest is more prevalent among voters supporting the Democratic candidates (62%) than it is among those supporting the Republicans (54%) in these eight races. The highest levels of interest come from college educated white men (75%) and women (72%) who are supporting a Democratic House candidate.

“It is probable that overall voter interest will grow as we get into the thick of the fall campaign. The question is whether Republicans will catch up with Democrats on this score,” said Murray.

“This is another measure of enthusiasm about who is more likely to turn out to vote in November. Currently, the anti-Trump vote is more galvanized than the pro-Trump vote,” said Murray.

Looking at opinion of the candidates running for the House in these eight districts, Democrats earn a slightly better personal rating (+19, 31% favorable and 12% unfavorable) than Republican candidates (+11, 32% favorable and 21% unfavorable).  However, many voters had no opinion of the major party candidates in their congressional districts when these polls were taken over the summer.  Of note, Democratic candidates tend to be slightly less known in these districts because half of the districts Monmouth polled feature Republican incumbents running for re-election.

“Republican candidates cannot run away from Trump or they will lose their base support. At the same time, they need to get persuadable voters to look at them separately from the president. Right now, GOP candidates in these competitive districts are coming up on the negative side of the ledger when compared with their opponents,” said Murray.

Finally, voters in these eight districts are split when asked whether they would like to see the Republican Party (39%) or the Democratic Party (39%) in control of Congress. Women of color (+48 D) and white women with a college degree (+20 D) prefer Democratic control while white men without a degree prefer Republican control (+31 R).  Other groups are more divided including men of color (+9 D), white women without a degree (+10 R), and white men with a degree (+3 R).

“We are seeing some groups who tend to lean Republican on the fundamentals, such as white men with a college degree, being open to voting Democratic based on the quality of the candidates. It will be interesting to see how the campaigns try to appeal to these voters,” said Murray.