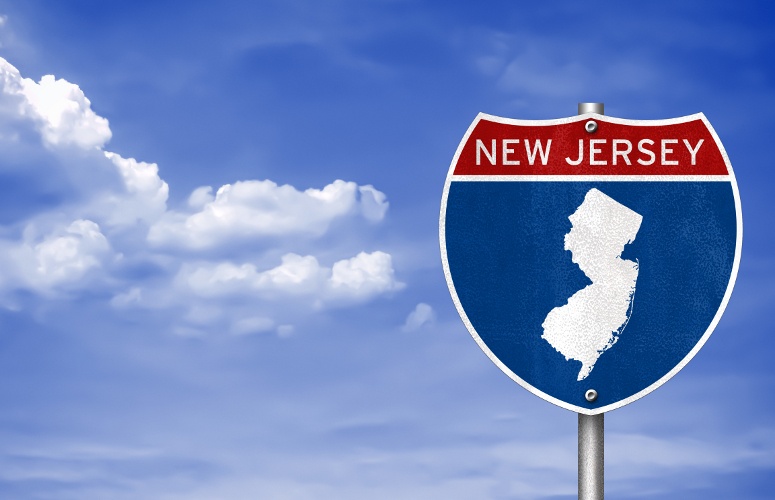 Half Jersey Shore-goers expect summer plans to fall through

Compared to the rest of the country, New Jerseyans are more likely to report that the COVID-19 outbreak has had a major impact on their lives, including direct exposure to the virus, concerns about serious illness, household job layoffs, and elevation of stress levels. The Monmouth University Poll also finds that the most iconic of Garden State activities – the annual trek down the Jersey Shore – may end up on hold for many residents this summer.

The coronavirus outbreak has made a major impact on the lives of 7 in 10 New Jerseyans (71%). This percentage is larger than the 62% of all Americans who feel the same according to a national Monmouth poll taken earlier this month. Another 23% of Garden State residents say the pandemic has had a minor impact on them and just 6% say it has had no real impact on their own daily lives.

Six in ten (61%) New Jerseyans personally know someone who has gotten the virus, which is significantly higher than the 1 in 4 Americans (26%) who know someone with the virus. One-quarter of state residents report that the coronavirus has hit either themselves (2%) or a member of their family (23%). By comparison, only 7% of Americans across the country say they or a family member has gotten it.

In New Jersey, non-Hispanic white residents (62%) and those who are Hispanic, black, Asian and other races (58%) are nearly equally as likely to say they know someone who has contracted the virus. However, people of color (29%) are more likely than whites (20%) to say it has infected them personally or a member of their family. Nationally, 12% of people of color and 5% of whites reported they or a family member had the coronavirus in Monmouth’s national poll earlier this month.

“These results should come as no surprise as they confirm what we have been seeing from other sources. New Jersey has been harder hit than most of the country. And people of color, who make up a sizable proportion of the state’s diverse population, have been even harder hit overall,” said Patrick Murray, director of the independent Monmouth University Polling Institute.

Six in ten New Jerseyans (61%) are very concerned about someone in their family becoming seriously ill from COVID-19. [Note: this figure includes 1% who volunteer this has already happened.]  These results compare to 50% of Americans who feel the same. In the state poll, another 26% are somewhat concerned about a family member becoming ill, 8% are not too concerned, and 5% are not at all concerned. People of color (69%) are more likely than white residents (57%) to be very concerned about this, as are women (65%) compared to men (57%). The poll also finds regional differences in levels of concern that align with how the outbreak has moved across the state. Specifically, North Jersey residents (68%) are most likely to be very concerned about a family member becoming seriously ill from COVID-19, followed by those in Central Jersey (60%) and those in South Jersey (51%).

Most New Jerseyans express confidence that the country will be able to limit the impact of the outbreak over the next few weeks, although just 17% are very confident this will happen while 38% are somewhat confident. Another 25% are not too confident this will happen and 17% are not at all confident.  This is the one question in the poll where the state outlook matches national opinion (15% very, 38% somewhat, 24% not too, and 21% not at all confident).

Many Garden State residents have also been hit with an economic impact. More than 4 in 10 (42%) report that someone in their household has been laid off from work because of the outbreak, which includes 24% who report that they personally lost their job. Layoffs are more widespread in New Jersey than most other states according to Monmouth’s national poll from earlier this month when 30% of Americans reported household layoffs, including 12% of individuals themselves. While the national poll found small differences by income levels in households experiencing layoffs (35% of those with household incomes under $50,000, 34% earning $50,000 to just under $100,000, and 26% earning $100,000 or more), the gap is wider in New Jersey. State-based reports of someone in the household being laid off because of the outbreak range from 51% of those with incomes under $50,000 to 42% earning $50,000 to just under $100,000 and 36% earning $100,000 or more.

“Many New Jerseyans are just starting to feel the financial pinch, but these results suggest the economic impact will be much more widespread and particularly damaging to lower income families here than in other states,” said Murray.

Looking ahead to a post-COVID world, 60% of New Jerseyans feel very hopeful that they will be able to get their lives back to normal after the outbreak is over. This is slightly lower than the 69% nationally who feel very hopeful, but nearly all the rest of the Garden State public feels at least somewhat hopeful (33%). Very few in the state feel not too (4%) or not at all (2%) hopeful.

One thing that most New Jerseyans look forward to each year – a summer trip to the Jersey Shore – is looking a little doubtful this year. Nearly 6 in 10 residents (58%) say they had planned on visiting the shore this year – including 7% who own a shore home, 15% who planned to spend a week or more, and 36% who planned weekend or day trips. However, they are divided on whether those excursions are still in the cards. Just under half of those planning a Jersey Shore trip feel optimistic about it, including 14% who say they will definitely be able to keep their plans this summer and 33% who say they will probably be able to keep them. A similar number, though, are more pessimistic, including 13% who say they will definitely not and 38% who say they will probably not be able to follow through on their Jersey Shore plans this year. Shore homeowners (60%) are most likely to feel they will be able to visit the shore as planned. Those who planned a weeklong stay (51%) are somewhat more optimistic than weekenders and day-trippers (42%).

“Going down the shore is one of those defining features of being a New Jerseyan. Whether or not we can keep those plans this year will say a lot about how quickly the state can get on the road to recovery,” said Murray.

In One Week, NJ Small Businesses Receive $7.4B in PPP Loans