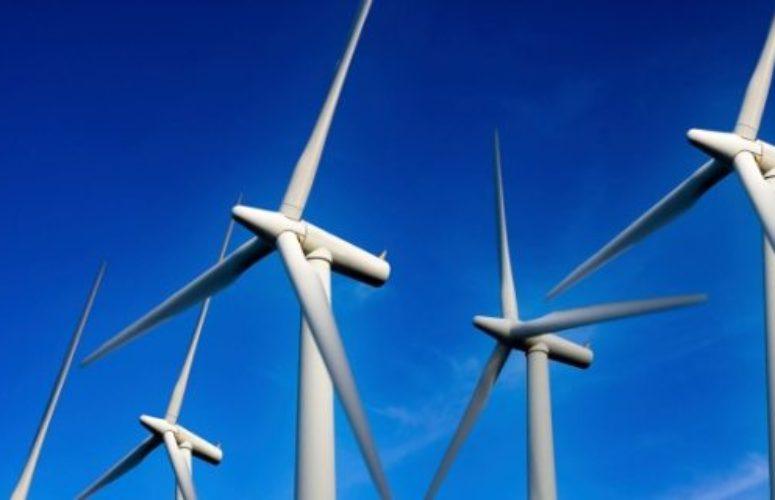 Most unaware of costs, but prioritize environmental benefits

A Monmouth University poll finds that the vast majority of Garden State residents support the development of electricity-generating wind farms off the state’s coast, which is significantly higher than public backing for oil drilling and expansion of nuclear power. Nearly half say that wind energy development should be a major priority for the state in the coming decade. Support for wind farms decreases, though, if electricity rates were to go up because of a greater investment in wind energy. However, most residents currently expect that their rates will not increase because of wind farm development.

Three-quarters of New Jersey residents (76 percent) would favor placing electricity-generating wind farms off the coast of the state, while just 15 percent would oppose this action. Past support for offshore wind farms was slightly higher, ranging between 80 percent and 84 percent in polls taken between 2008 and 2011. Support is high among Democrats (79 percent), independents (77 percent), and Republicans (69 percent).

“There is broad, bipartisan agreement that moving forward with offshore wind projects should be a priority.  If New Jersey achieves Gov. Murphy’s ambitious goal of generating 3,500 MW of electricity from offshore wind by 2030, it will put the state on a path to a green energy future,” said Tony MacDonald, director of the Urban Coast Institute at Monmouth University.

Few New Jerseyans believe that developing wind energy off the state’s coast will lead to an increase in their own utility rates. In the short term, just 19 percent expect that their rates would go up for the next few years, while 35 percent say their rates would actually decrease and another 35 percent say they would stay the same. Over the long term, just 15 percent expect their rates would be higher ten years from now, while a majority (52 percent) expect them to be lower than they would be if no new wind farms were developed. Another 24 percent expect to see no change in their rates a decade from now if the state develops more wind energy. Younger residents under age 35 are more optimistic about their rates going down in the long run (65 percent) than are those aged 35 to 54 (52 percent) or those 55 and older (41 percent).  People who earn over $100,000 a year are more likely to believe their electricity rates will decrease (60 percent) in the long term if more wind energy is developed than are people who earn $50,000 to $100,000 (50 percent) or people who earn less than $50,000 (49 percent).

“This could be tricky for clean energy advocates.  Support for wind energy could drop once New Jersey ratepayers become aware of any development costs they will have to bear.  However, they could become more willing to shoulder some of that investment if they are convinced it will lead to real environmental benefits,” said Patrick Murray, director of the independent Monmouth University Polling Institute.

A majority of New Jerseyans (58 percent) would support developing offshore wind energy even if their electricity rates increased, if they also felt this would significantly reduce carbon emissions and the reliance on fossil fuels. Just 28 percent are opposed. Most Democrats (74 percent) and independents (55 percent) would favor wind farm development under these circumstances, but few Republicans (36 percent) would join them. A majority of all age groups favor developing emissions-reducing offshore wind farms whose initial costs they would have to share, but those aged 18 to 34 (66 percent) are more likely to feel this way than are those aged 35 to 54 (56 percent) or those aged 55 and older (53 percent).

A majority (56 percent) of state residents think that protecting the environment should be a more important priority for U.S. energy policy right now while 25 percent say the priority should be keeping energy prices low.  This opinion has not changed from a 2010 poll.  Most Democrats (71 percent) and independents (58 percent) prioritize environmental protection, but a plurality of Republicans (40 percent) think the priority should be keeping energy prices low. More than 2-in-3 New Jerseyans aged 18 to 34 (69 percent) say protecting the environment should be the priority of U.S. energy policy compared to about half of those aged 35 to 54 (52 percent) and those 55 and older (49 percent) who say the same.

The Monmouth University Poll also finds that New Jerseyans are not enthusiastic about some other possible options to meet the state’s energy needs. Just 3-in-10 Garden State residents (30 percent) favor drilling for oil and gas off the state’s coast while twice as many (61 percent) oppose it. Support for oil exploration was higher in 2011 at 52 percent in favor and 45 percent opposed.  Sentiment in the previous year was much more negative, at 31 percent in favor and 63 percent opposed in a poll taken just a few months after the Deepwater Horizon accident in the Gulf of Mexico. Prior to that, support for offshore drilling in New Jersey had been stronger at 56 percent in favor and just 36 percent opposed in 2008. Nearly half of Republicans (48 percent) would currently favor offshore oil and gas drilling, but less than one-third of independents (31 percent) and only 18 percent of Democrats feel the same.

Expanding nuclear power is no more popular than offshore drilling. Only one-quarter of New Jerseyans (26 percent) would favor building another nuclear power plant in the state while two-thirds (67 percent) would oppose it. Support for adding another nuclear plant to the Garden State’s power grid has declined over the past decade, going from 41 percent in 2008 to 31 percent in 2011.

“There seems to be a recognition that the long-term economic and environmental benefits of investing in clean, renewable energy sources outweigh any short-term costs. At the same time, New Jerseyans no longer seem willing to accept the environmental risks of offshore drilling and nuclear power as a price for lowering their energy costs,” said MacDonald of the Urban Coast Institute.

The poll also examined opinion among residents who live in New Jersey’s four coastal counties versus those who live inland. There were few differences in the findings on most of the questions asked. One key area where opinion diverges is support for wind energy development that would lead to an increase in electricity rates. Residents of coastal counties are more likely to favor (46 percent) rather than oppose (36 percent) developing offshore wind farms in this scenario, while those who live inland are more likely to oppose (47 percent) rather than favor (39 percent) it.

The Monmouth University Poll was conducted by telephone from Feb. 8-10 with 604 New Jersey adults.  The question results in this release have a margin of error of +/- 4.0 percentage points.  The poll was conducted by the Monmouth University Polling Institute in West Long Branch.  Carolyn Lau, Research Associate at the Polling Institute, contributed to the analysis in this report.

Monmouth University will be holding two events related to the coastal environment this month.  On April 5, there will be a panel discussion on “Our Ocean and Beaches: A Record of Success and New Challenges to Face” which is free and open to the public.  On April 17-18, leading experts from around the world will assemble at Monmouth for the Climate, Coasts & Communities Symposium hosted by the Urban Coast Institute.