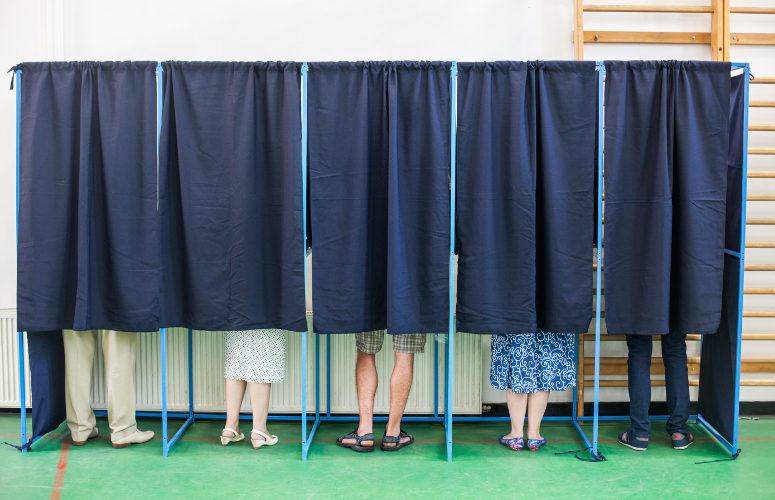 American voters are simultaneously confident and concerned about the integrity of the upcoming election. While many Democrats are worried about Russian meddling, Republicans think the Democratic Party will be responsible for any election interference. The Monmouth University Poll also finds that Joe Biden currently holds a 10-point lead over Donald Trump in the presidential race.

“Trump has stopped his slide in the poll, but Biden maintains a lead among all registered voters nationally,” said Patrick Murray, director of the independent Monmouth University Polling Institute.

At the same time most voters feel at least somewhat confident in how the election will be run, nearly 3 in 4 say they are concerned about the possibility that election meddling could undermine the integrity of the results (37% very concerned and 35% somewhat concerned). Concern over potential election meddling includes large majorities of Democrats (78%), Republicans (66%), and independents (70%). Overall, 39% of American voters express both confidence and concern in how the upcoming election will be run. Democrats (47%) are more likely than Republicans (36%) and independents (33%) to feel this way.

While majorities of all partisan groups are concerned about potential election meddling, they differ over the expected causes. A sizable number of Democratic voters who are worried about possible election meddling believe a foreign power will be involved, with 40% pointing the finger at Russia while 9% name China and 4% name another country. Far fewer Republicans, though, expect election interference from outside our borders (12% China, 6% Russia, and 3% another country).

A significant number of Democrats also expect that Trump (31%) along with the Republican Party (16%) will play a role in possible election meddling. Government election officials (5%), as well as the Post Office (2%), are also mentioned by concerned Democrats as potential culprits. A majority (55%) of GOP voters, on the other hand, believe the Democratic Party would be the most likely perpetrator of any election interference. Another possible cause named by Republicans is vote-by-mail (11%). Also, 4% of Republicans name Biden, 2% name Trump, 2% name the Republican Party, and 2% cite the media as potential sources of election meddling.

“The U.S. intelligence community has been unambiguous in calling out Russia, and to a lesser extent China, for both past and planned election interference. However, the Trump camp has been fairly successful in deflecting their supporters away from these actors and instead focusing on Democratic efforts to expand voting access,” said Murray.

A majority (58%) of American voters think it is a good idea to make it easier to cast ballots by mail this year. Another 37% say this is a bad idea. Nearly all Democrats (90%) say expanding vote-by-mail is a good idea but few Republicans (20%) agree. Six in ten (60%) independents say it is a good idea. Nearly half of all voters report they are either very (32%) or somewhat (17%) likely to cast their own general election ballot by mail. This includes 72% of Democrats and 48% of independents, but just 22% of Republicans.

The Monmouth University Poll finds that 64% of voters feel optimistic about the 2020 presidential election. Voter optimism was somewhat lower (55%) in August 2016, just after both parties’ nominating conventions. The shift in the current numbers is due mainly to Republicans – 81% feel optimistic now versus 61% in August 2016. The 4-year trend on this question is basically unchanged for Democrats (66% now and 67% in 2016) and independents (48% now and 40% in 2016).

“This is the type of result we have been seeing on issue questions throughout the campaign. Voters tend to have strongly held views of Trump, both positive and negative. Biden does slightly better in the net ratings overall. It’s just that voters don’t have as firm a sense of the challenger,” said Murray.

Easterseals Expanding Employment Services for Deaf and Hard of Hearing