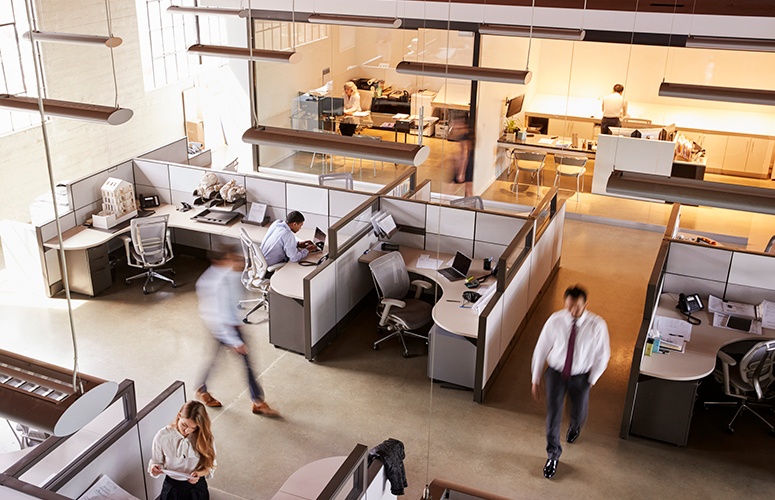 The millennial generation now entering parenthood; the impact of a $15 minimum wage; state incentive programs in transition; a tight labor market; and the continued growth of the e-commerce economy… all of these factors are impacting New Jersey’s office, industrial and retail real estate markets. However, the news is positive for these sectors as experts from Cushman & Wakefield (C&W) recently weighed in on how these markets performed in 2018 while commenting on trends for 2019. 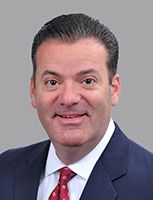 “If the world stops spinning on its axis, for whatever reasons, I still think real estate is somewhat insulated [because] in general, businesses need a place to house their workers,” said Andrew Judd, managing principal, New Jersey market leader, C&W.

Ken McCarthy, principal economist, Americas head of applied research at C&W, says he feels “positive” about the state’s economy in 2019 with job growth at record high levels (matching national job creation numbers). He believes that growth in New Jersey is due to the shake out of certain industries, such as manufacturing, telecommunications, pharmaceuticals and government, with growth seen in professional services, education and healthcare. McCarthy also said that Grow NJ state tax incentives may have also played a role in keeping or attracting jobs to the state last year.

He added that the state and US labor markets are tight and that is affecting everyone. “If you ask companies what their top priorities are, they will say it is the recruitment and retention of talent,” he said, adding that, based on U.S. Bureau of Labor Statistics data, “there are actually more job openings in the US than there are unemployed people right now. … There is a tremendous shortage of qualified labor and I think you will start to see wages and income rise because of this.

“While the war for talent still centers on the millennial generation and their penchant for urban centers, this generation is starting to get older,” McCarthy commented. “They are getting married and having kids. So, living in an urban environment, in a studio apartment that has turned into a two- to three-bedroom unit, while spending ridiculous rent prices just doesn’t work.

“This generation will start to re-evaluate where it wants to locate and raise their children. They will look at the suburbs much more closely, and you will find many of them moving there.”

Overall, McCarthy expects the economy to grow, but at a slower pace than it had been.

“Nobody knows when the next recession will be,” he continued, “but excesses in the system usually trigger recessions. In 2005 to 2006 it was the housing market, in 2000 it was the stock market, in the late 1980s and early 1990s it was commercial real estate. The real excess in the economy right now is the labor market because business can’t find workers. When that happens, companies are forced to bid up the cost of labor and wages will rise. Maybe we will see a little pickup in inflation, but the next recession will be more of the garden variety type, [caused by] rising wages, inflation and Federal Reserve [policies].”

When asked how a $15 minimum wage increase would impact an already tight labor market, McCarthy said it would probably accelerate something that is already happening, but because most of the jobs being created (professional services, healthcare and education) are not minimum wage jobs, there will not be a “huge impact in terms of hourly earnings at the national level.”

The other possibility, he said, is that the higher minimum wage – and higher wages altogether – will lead to businesses hiring fewer workers.

Giving an in-depth report on the office sector, Daniel Johnsen, managing director, tenant advisory services at C&W, said that 2018 started off slowly but “significantly ramped up during the remainder of the year.” Johnsen himself represented Teva Pharmaceuticals in its deal to locate its 350,000-square-foot US headquarters to Parsippany-Troy Hills, a site that will support 1,000 jobs.

A trend in today’s office market, he said, is that companies are playing musical chairs. As leases come due, some tenants stay in place, while others may move to a new building in what is usually a flight to quality. In turn, property owners are being proactive in “putting together extensive capital improvement packages.”

Like McCarthy, Johnsen said the majority, if not all the most noteworthy deals, that happened in 2018 were influenced or actually driven by the state’s tax incentive programs.

The Murphy Administration is in the process of revamping its tax incentive programs offered by the New Jersey Economic Development Authority after an audit by State Comptroller Philip J. Degnan found years of “extensive deficiencies in management and oversight,” resulting in “grossly inadequate programs that misrepresented their value to New Jersey’s taxpayers.”

Will the changes – five new capped and targeted tax incentive programs – hinder office market deals? “We don’t know … yet,” Johnsen said. “That’s an uncertainty. It is a change. However, I think there will be just as strong of a program to attract new corporations to New Jersey.”

Johnsen predicts the office market will remain strong in 2019. “The first quarter is showing extremely strong activity with a handful of notable deals that are set to ink this quarter,” he said.

A trend he predicts will continue is the growth of the shared office environment. Landlords are signing deals with WeWork and other similar shared office companies in the hope that the small businesses moving into these “incubator spaces” will then blossom and move into a landlord’s existing office building or campus.

“I would say things are red hot, as last year. Every single market in the state reports single-digit vacancies. In terms of new construction, before the first bit of concrete is poured, there is already a lease on a property. Anywhere there is a well-positioned property, there are several bidders,” Sanders said.

Industrial tenants, coming off 10 year leases, for example, where they had been paying $4 per square foot are now getting a taste of this hot market as they find rate increases of 50 to 100 percent. “You really have to educate them and show them the supporting data because the market has been so tight,” Sanders said.

“What helps,” Judd added, “is when a business is running well. It will spend more money on rents if it is experiencing 20 to 40 percent growth every year.”

To beat the costs, companies can move to industrial facilities further south or into Pennsylvania, but that adds to higher transportation costs and longer delivery time, which is a major factor in today’s e-commerce world where the trend is for next-day deliveries. Judd said that even paying for industrial/warehouse space in New York, at $20 to $30 per square foot, may be enticing to some because “now you are right there” in your market.

Commenting on the retail sector, David Townes, retail services senior director at C&W, said many traditional retailers, as well as big box retailers and soft goods companies, did not evolve quickly enough with the changes in consumer behavior and technology. He mentions firms such as Toys R Us, Sears, Sports Authority, the Gap and Banana Republic.

“On the other side of the coin, other companies are changing with the times. Meanwhile, landlords are becoming more creative with how they utilize space and service their tenants,” Townes said. “We are seeing a lot of demand for A locations. The good locations are in demand, and we are lucky in New Jersey to boast some of the best consumer demographics that we know retailers want to be here.”

Three Tenants Lease, One Renews at 300 Lighting Way in Secaucus