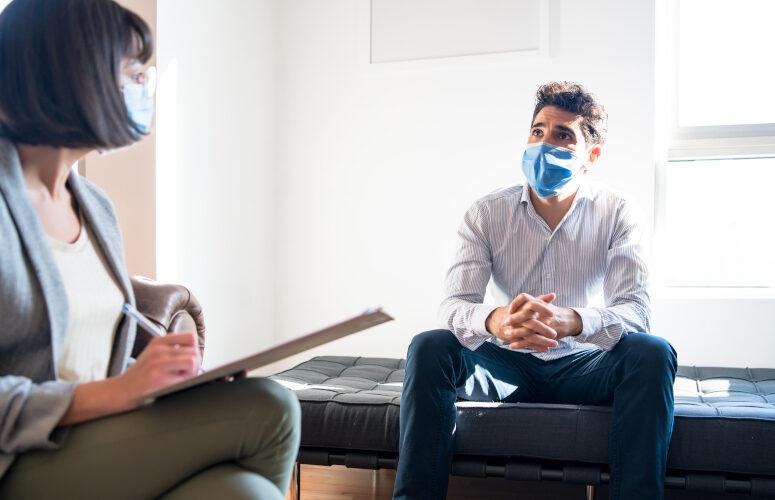 Whether it is because of the COVID-19 pandemic or other reasons, more people today are talking freely about their mental health and seeking help.

According to former Gov. Richard Codey, who was the keynote speaker at today’s virtual 70th anniversary celebration of the New Jersey Association of Mental Health and Addiction Agencies (NJAMHAA), “We live in a different world from 2005 (the year when Codey, as governor, formed a task force to reform the state’s mental health system). “Today, people are willing to talk about their mental health.”

Codey, who owns a funeral home in Caldwell, a family business he has been involved with for decades, recalls the stigma of mental illness from days gone by. “When I was a kid working in the funeral home, the Catholic Church would not allow a funeral Mass for someone who had committed suicide, and a Christian burial was not allowed, either,” Codey said.

Today, as a state senator who also operates the Codey Fund for Mental Health, he says, “I get calls from people all the time seeking treatment. We live in a different society now.”

Debra Wentz, NJAMHAA president and CEO, said the pandemic has led to significant increases in depression, anxiety, substance abuse, overdoses and suicides, and that never has there been a greater awareness of mental health issues.

“You can’t have a conversation, watch TV, listen to the radio, or read the news without [mental health issues] being mentioned,” Wentz said.

This is good news for NJAMHAA, which has been in the forefront of helping those with mental health and substance abuse problems since 1951. Every year, the association and its member companies (which comprise a workforce of 61,000 individuals) help 500,000 children and adults.

It is an organization that former Gov. Jim McGreevey said has “changed lives.”

As chairman of the New Jersey Reentry Corporation, which provides a broad range of social and job training services to the formerly incarcerated, McGreevey noted that of the 11,000 participants who have enrolled in the Reentry Corporation’s programs, 78% have addiction problems, while 42% have mental health challenges.

“We look forward to new psychiatric residences and increased funding to address the opioid crisis, which are in the governor’s proposed FY2022 budget,” Loughery added.

In a pre-recorded video message, Gov. Phil Murphy said he was proud that his administration has made mental health and addiction services both legislative and budget priorities.

“I want to be clear that mental health is not only just as important as our physical health, it is part of our physical health. We must continue to work to erase the stigma and shame that prevents people from reaching out for help,” he said.