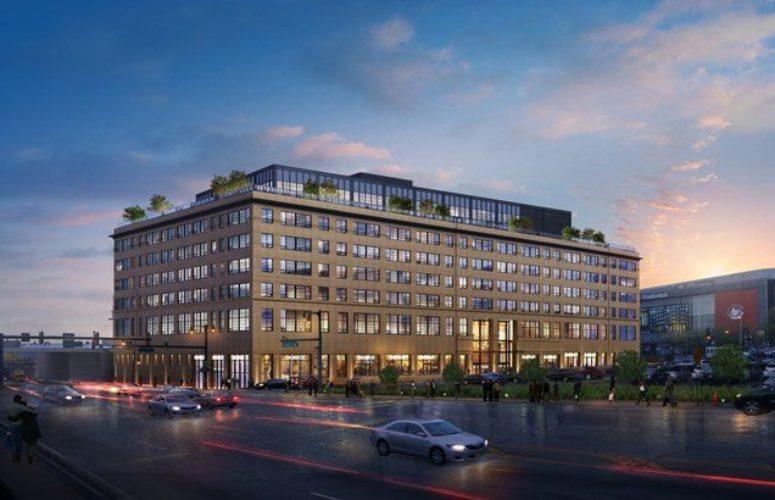 Decades in the making, this transformative project is expected to bring vast economic benefit to the entire City. The Mulberry Commons team and the City anticipate new jobs and commercial opportunity, a tax boost, secured commitments from developers for future Newark-based projects, a new hub of commerce through the adaptive reuse of a warehouse along McCarter Highway and more. The targeted completion date for the park is late Summer 2018.

“The development of Mulberry Commons and the Mulberry Commons Park will be a major asset for the City of Newark,” said Mayor Ras J. Baraka. “This project represents another step towards showing the best of what our City has to offer. The 22-acre site will not only enhance our tax base and boost our economy, but it will also bring jobs, commerce, housing and green space for all Newarkers to enjoy. The collaboration between the multiple stakeholders that have come together for this endeavor symbolizes a new era for Newark. Mulberry Commons will allow us to put financial power behind our commitment to Newark’s neighborhoods and communities, and will inspire and empower Newarkers for decades to come.”

The City of Newark will benefit from an anticipated economic impact in excess of $500 million, generated from Mulberry Commons’ planned commercial, retail and open, public spaces. In addition to the current $100 million+ in private investment, the initiative will also receive $10 million in public funding.

“We are excited about the revitalization taking place in Newark. We continue to develop our downtown and Ironbound neighborhoods with Mulberry Commons, which includes Newark’s newest park,” said acting president and CEO of the Newark Community Economic Development Corporation, Aisha Glover. “Public parks, accessible to all Newarkers and City visitors, not only serve as a place for recreation and refuge, but help drive local economic development through job creation and retail and commercial opportunities. This development effort was truly a collaborative one and we thank all of our partners for making this project possible.”

“The Mulberry Commons project is the culmination of a planning process that began in 2005. Under Mayor Baraka’s leadership, the City, the Newark Community EDC and private developers are executing the vision for the park, a pedestrian bridge linking the Ironbound and downtown, as well as the redevelopment of the parcels adjacent to the Prudential Center,” said Jerry Gottesman, chairman of Edison Properties, which currently owns a majority of the redevelopment sites within Mulberry Commons.  “At Edison Properties, we’re excited to continue working with the Mayor’s office and the City to move our new ‘Ironside Newark’ office and retail project forward to further the successful transformation of downtown Newark.”

“Thank you to Mayor Baraka for his vision for a better Newark and for spearheading the collaboration on projects like Mulberry Commons that continue to energize our collective aspirations for this great city,” said Hugh Weber, president of the New Jersey Devils & Prudential Center. “As Prudential Center prepares to celebrate 10 years in Newark this fall, we could not be more proud to be a part of the dramatic change that continues to take place around us.”

“Mulberry Commons Park will be a highly programmed and impeccably maintained open space, providing a sense of comfort and security in the heart of the downtown,” explained Anthony McMillan, CEO of the Newark Downtown District, which will provide programming and maintenance of the park. “We look forward to giving residents, visitors, and commuters a clean, green, social environment that will essentially function as a both a shared backyard and a destination – a place to meet with friends, relax, and enjoy great events.”

“The Mayor, his team and the City Council should be commended for their efforts in getting this project off the ground,” said Jose Lopez, principal of J&L Companies, Inc. “The creation of the park, bridge connection, and the developments that will follow will usher in a new era of growth and revitalization for the area. With close to 50 years in the City of Newark, J&L views itself as a part of the community and is proud to have worked alongside the other stakeholders to make this project a reality.”