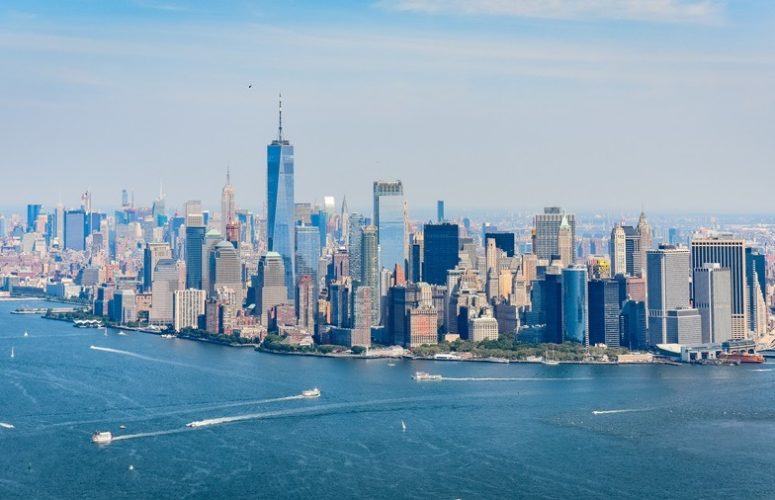 With new lease between One World Trade Center and MDC Partners, 93% of 3.1 million square foot tower leased up

“When we rebuilt the World Trade Center, the Port Authority set a goal of leasing One WTC and drawing the workforce back to Lower Manhattan,” said Port Authority Chairman Kevin O’Toole. “This announcement represents an important industry milestone, and the agency will continue the progress we’ve made to transform the World Trade Center campus into an extremely attractive place for people from across the region and the world to work, shop, and visit.”

“Today, the Port Authority reached a significant real estate milestone in the lease up of One World Trade Center, with the building achieving 93 percent of its space leased,” said Port Authority Executive Director Rick Cotton. “With 2.9 million of the 3.1 million square foot tower leased, One WTC underlines the vitality of Lower Manhattan.”

The Durst Organization announced a 199,277 square foot lease with MDC Partners which will occupy floors 64 through 69.  With the MDC agreement, One WTC has nearly 2.9 million square feet of space under lease.  MDC now becomes the tower’s third largest tenant in the building, with Conde Nast the anchor tenant with nearly 1.2 million square feet of space and the General Services Administration occupying the second spot with 273,000 square feet.

One WTC was built by the Port Authority, which engaged in a unique equity partnership agreement with The Durst Organization to market, lease and manage the property.  The 3.1 million-square-foot LEED Gold Certified skyscraper and observation deck – the tallest skyscraper in the Western Hemisphere — features premier office space and some of the most spectacular views in the world.