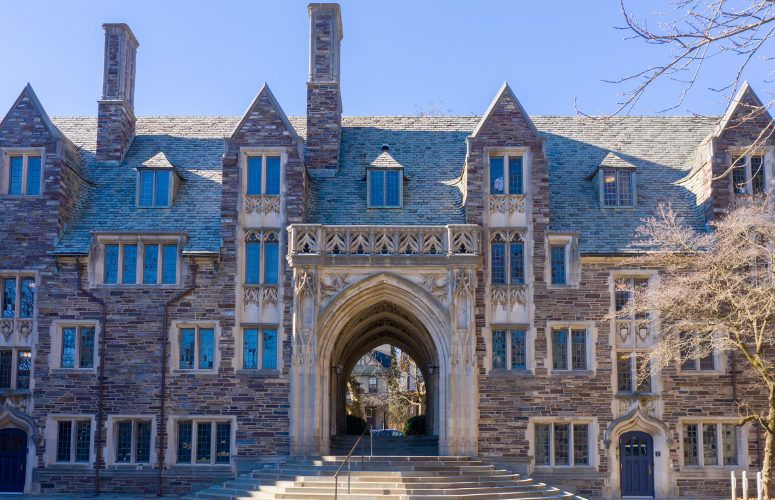 Ludwig Cancer Research announced on its 50th anniversary the launch of the newest branch of the Ludwig Institute for Cancer Research. Based at Princeton University, the Ludwig Princeton Branch will be wholly dedicated to the study of cancer metabolism and the translation of its findings into new paradigms for cancer prevention and treatment.

Ludwig Princeton is directed by chemical biologist and cancer researcher Joshua Rabinowitz, a professor in the Department of Chemistry and the Lewis-Sigler Institute for Integrative Genomics at Princeton University. Rabinowitz has made foundational contributions to the field of metabolomics—the large-scale, quantitative analysis of metabolites—and remains a world leader in the development and application of new technologies for the dynamic analysis of metabolic processes. His laboratory has applied this expertise to the dissection of cancer metabolism and is devising candidate cancer therapies based on its discoveries.

“A more sophisticated understanding of cancer metabolism holds considerable promise for the optimization of cancer prevention and therapy, yet few organizations have assembled a critical mass of experts dedicated exclusively to this promising frontier of research,” said Chi Van Dang, scientific director of the Ludwig Institute for Cancer Research. “The Ludwig Princeton Branch will fill that gap by bringing together leading experts in cancer biology and metabolism, focusing their efforts on the most important questions of the field and supporting the translation of their discoveries for the benefit of cancer patients, which remains Ludwig’s top priority. Princeton University has been an enthusiastic partner in this effort, and we look forward to collaborating with its pool of talented scientists.”

Princeton University is a global leader in disciplines of critical importance to the study of cancer metabolism, including basic cancer research, metabolomics, genomics, biology and the computational and physical sciences. This expertise will be an asset to the Ludwig Princeton Branch, especially in its continuing development of new research tools and technologies for the dynamic analysis of metabolism.

“We are honored that Ludwig has asked us to join its team in the quest to better understand and treat cancer,” said Princeton University Provost Deborah Prentice. “This new partnership goes to the heart of what Princeton is all about. It draws on Princeton’s breadth of excellence in fundamental research to drive real-world breakthroughs at the cutting edge of cancer care. It serves our mission to apply our scholarship to the benefit of humanity. It provides a new platform to empower our remarkable faculty and researchers to expand the frontiers and applications of knowledge. And it increases the impact of our collaborations, not only with Ludwig Cancer Research, but with Rutgers, as well as other biomedical innovators throughout New Jersey and the region.”

Combined with Ludwig’s leadership in cancer epigenetics and immunotherapy, advances in cancer metabolism generated at the Ludwig Princeton Branch will inform new strategies for cancer prevention and treatment. The clinical translation of Branch discoveries will be conducted in the tri-state area, including in partnership with RWJBarnabas Health and Rutgers Cancer Institute of New Jersey, the state’s only U.S. National Cancer Institute-designated Comprehensive Cancer Center.

“The longtime alliance between Rutgers Cancer Institute and Princeton University—our NCI-designated Comprehensive Cancer Center research consortium partner—provides an incredible foundation and body of work for the launch of the Ludwig Princeton Branch. As Associate Director of the Branch, Rutgers Cancer Institute’s Deputy Director and Chief Scientific Officer, Eileen White brings her leadership and vast expertise in cancer autophagy and cellular metabolism. She has made important contributions to our collective knowledge in this area, and her research has laid the groundwork for novel therapies. We look forward to the discoveries made through this new collaboration, which will be translated into clinical trials available through RWJBarnabas Health, Rutgers Cancer Institute and beyond,” said Rutgers Cancer Institute Director Steven K. Libutti, senior vice president, Oncology Services, RWJBarnabas Health and vice chancellor, Cancer Programs, Rutgers Biomedical and Health Sciences.

Altered metabolism is a salient feature of cancer biology. Cancer cells rewire the biochemical circuitry of their metabolism to obtain the large quantities of raw materials required to sustain their proliferation. Such adaptations not only drive tumor growth, but cripple the anti-tumor immune response as well, often compromising the efficacy of cancer immunotherapy. Metabolic dysfunction also influences clinical outcomes. It causes, most visibly, the wasting disorder known as cachexia that contributes enormously to cancer-related mortality.

But the metabolic rewiring of cancer cells also creates unique nutritive dependencies and biochemical vulnerabilities that can be exploited for cancer therapy. A more granular understanding of metabolic adaptations and their effects is therefore of high value to the development of new cancer drugs, immunotherapies and preventive interventions.

The Ludwig Princeton Branch will focus on three main areas of cancer metabolism: metabolic interactions between the tumor and the rest of the body, focusing on how the body supports tumor growth and metastasis, and how tumors induce cachexia; dietary strategies for the prevention and treatment of cancer; and the interplay of host metabolism, the gut microbiome and the anti-cancer immune response.

“Every one of us chooses, day-by-day, what to eat,” said Ludwig Princeton Branch Director Josh Rabinowitz. “These choices don’t just impact metabolic health, but also immunity and cancer risk. We want to understand the underlying biochemical mechanisms and apply this knowledge to find new ways to prevent and treat cancer. We want to push the technology frontiers, to enable new measurements that lay the foundation for new therapies, often with both diet and drug components. In this effort, we will draw broadly upon the creativity of Princeton’s students and faculty, adopt the quantitative and rigorous basic science approach that is the hallmark of the university and engage actively with our partners at Rutgers Cancer Institute of New Jersey, other Ludwig Branches and Centers and beyond.”

Ludwig Princeton Branch Director Rabinowitz is also the director of the Metabolomics Shared Resource at Rutgers Cancer Institute. In addition to Rabinowitz, two other scientists have been named founding members of the Ludwig Princeton Branch. They are Associate Director Eileen White, who is also Distinguished Professor of Molecular Biology and Biochemistry at Rutgers University, and Yibin Kang, the Warner-Lambert/Parke-Davis Professor of Molecular Biology at Princeton University and Associate Director for Consortium Research at Rutgers Cancer Institute.

Additional members will be recruited to Ludwig Princeton over the next few years. Ludwig Cancer Research is confident that the Branch location at a storied research university in the Northeast research corridor will attract top talent. The Ludwig Princeton Branch will collaborate with other Princeton researchers, particularly in technology development. Its researchers will also collaborate with colleagues at other Ludwig Branches and Centers, catalyzing a convergence of cancer research on the immune microenvironment of the tumor, the anti-cancer immune response and metabolism, with the goal of translating Ludwig discoveries into medical interventions for the benefit of cancer patients.