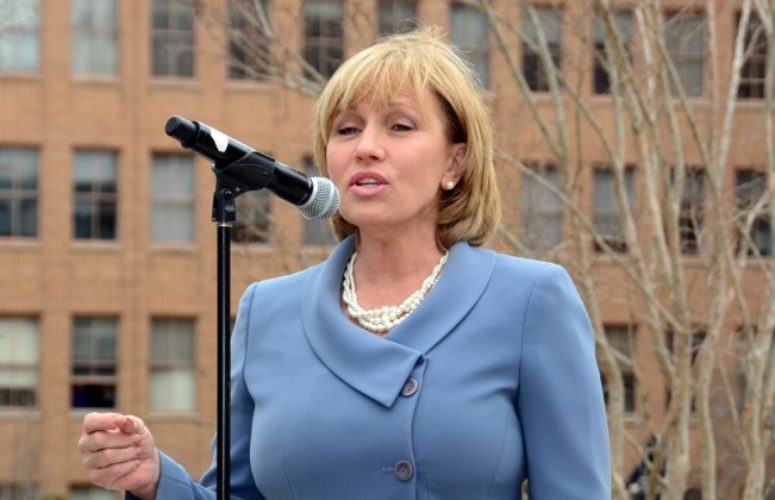 Lt. Governor Kim Guadagno recently joined Congressman Leonard Lance (NJ-07) at Bell Labs in Murray Hill for the dedication of its Nobel Laureate Garden, which commemorates the achievements of the 14 Bell Labs Nobel Laureates who have shared eight Nobel prizes in physics and chemistry.

“The innovations of Bell Labs’ Nobel Laureates have changed the way we view our world and how we connect to each other,” said Lt. Governor Guadagno.  “These achievements will never be forgotten and will inspire our future.  Someday soon, I want to hear that the next game-changing idea was born here in Murray Hill.  I thank Bell Labs, Alcatel-Lucent, the Nobel Laureates and all those who work every day to keep our world moving forward.”

“Alcatel-Lucent Bell Labs again has demonstrated why it is a leader in 21st century innovation.  The remarkable work of Dr. Eric Betzig adds another distinction to the proud tradition of excellence at Bell Labs.  The work done here in New Jersey and across the Nation has fostered the groundbreaking achievements of 14 Nobel Laureates.  These accomplishments are addressing the digitization of everything that is changing the course of history.  Bell Labs is on the cutting edge of harvesting the future of connectivity and communications,” said Congressman Lance, the federal representative for Murray Hill and a member of the Energy and Commerce Communications and Technology Subcommittee.

Created in 1925 as Bell Telephone Laboratories, Inc., Bell Labs is now the industrial research arm of Alcatel-Lucent, a global communications solutions provider with the most complete, end-to-end portfolio of solutions and services in the industry.

“Our researchers have always set their minds to the significant, real-world challenges facing the communications industry.  Dedicating the Nobel Laureate Garden will serve as a reminder of the innovation we’ve planted over the past century and what new innovation we will continue to develop,” said Marcus Weldon, president of Bell Labs and CTO of Alcatel-Lucent.  “As we work toward the future and celebrate our history, we open our doors to the global ecosystem to collaborate with us, to bring innovation even further.”

With the Right Ingredients, NJ is a Thriving Food Hub