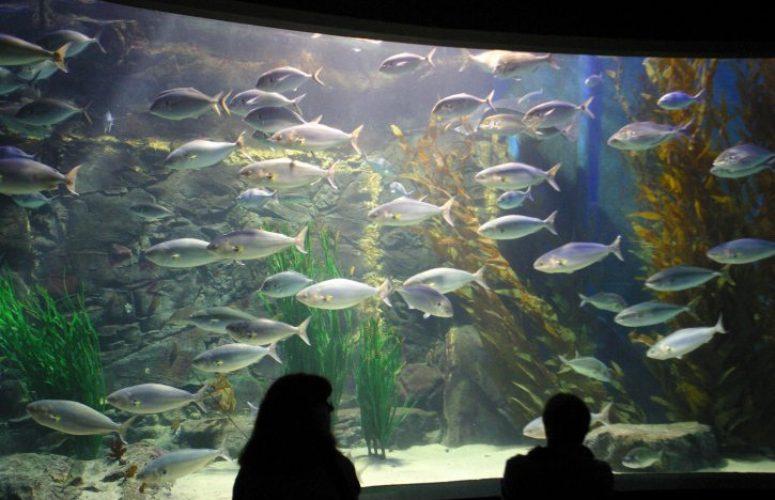 Focusing on counties that saw some of the greatest growth in tourism revenues last year, Lt. Governor Kim Guadagno today continued her Tourism Tuesday with visits to the Camden Aquarium in Camden County and Auburn Road Vineyard and Winery in Salem County.

“South Jersey tourism saw significant growth last year as visitors and residents discovered the diverse attractions available in the region, like Adventure Aquarium and Auburn Road Vineyard and Winery,” said Lt. Governor Guadagno.  “Individuals and families of all ages can enjoy the fun and unique experiences the southern counties have to offer.”

Adventure Aquarium, previously known as the New Jersey State Aquarium at Camden, reopened in 2005 as one of the original centerpieces in Camden’s revitalization plans and has since welcomed more than seven million guests.  The two-million-gallon facility is home to more than 8,500 aquatic species, including sharks, stingrays, penguins, and sea turtles.

“On behalf of Adventure Aquarium, we are honored to host Lt. Governor Guadagno for Tourism Tuesday on the Camden Waterfront during our 10th year of bringing families together for unique and memorable experiences,” said John Fitzgibbons, Vice President of Operations at Herschend Family Entertainment.  “It is truly exciting to showcase what our guests marvel at each day, including the largest collection of sharks on the East Coast, the only Great Hammerhead Shark on exhibit in the United States and the only hippos in the world on exhibit in an aquarium – and we’re right here in New Jersey.”

Adventure Aquarium was named among the best aquariums in the United States in 2013 by the Travel Channel.  The Aquarium is part of the Camden Waterfront, also known as the Central Waterfront, a tourist and entertainment district in Camden on the Delaware River south of the Benjamin Franklin Bridge and north of Port of Camden.

This afternoon, the Lt. Governor will tour Auburn Road Vineyard and Winery in Pilesgrove Township.  The company’s partners, who previously worked together at a securities brokerage firm, first started making wine in 2000 from a kit and grapes grown in co-owner Dave Davis’ backyard.  Today, Auburn Road has 19 acres of grapes under cultivation, produces 4,200 cases of wine per year, and welcomes visitors to its Enoteca, an Italian-style wine bar.  The Vineyard’s wines have won various prizes at events like the Finger Lakes International Wine Competition and the annual New Jersey Wine Competition.

“We are very excited that the Lt. Governor is visiting Auburn Road Vineyard and Winery,” said co-owner Scott Donnini.  “She has been a great supporter of agri-tourism in New Jersey, and we appreciate that she has been so engaged in our industry.”

Auburn Road Vineyard and Winery is located in the designated Outer Coastal Plain American Viticultural Area, which includes Cumberland, Cape May, Atlantic, and Ocean Counties.  New Jersey is home to more than 48 licensed wineries and is the tenth-largest wine producing state in the nation with 1.56 million gallons of wine and between $30 and $40 million in revenue generated annually.