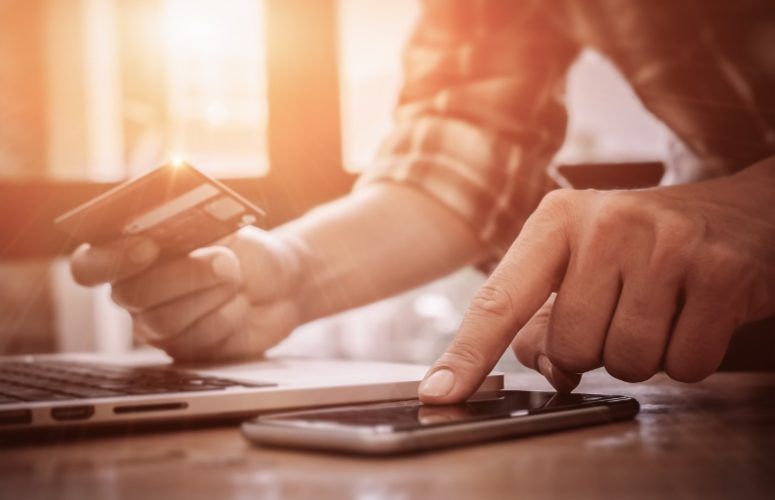 Little Evidence of a Digital Divide in NJ

Most Garden State residents have the technological tools and ability to surf the World Wide Web, and the hours they spend online are often used for voicing their opinions and discussing political and community issues. A joint Rutgers University and Fairleigh Dickinson University survey of New Jersey adults finds that access to computers and wireless devices is widespread with little evidence of a digital divide. And Democrats, more than Republicans, are apt to use their connectivity to express themselves politically.

Virtually all New Jerseyans live in a household with access to the internet (97 percent) and own at least one device capable of accessing it (99 percent); almost three quarters live in a household with three (51 percent) or four (20 percent) devices capable of doing so. This includes personal computers, smartphones, tablets or other wireless devices, or anything else that provides connectivity to the internet. Nine in ten own personal computers (92 percent) and smartphones (91 percent), and three-quarters (76 percent) own tablets. Around a quarter (23 percent) own other types of devices.

Access to technology is mostly widespread, but there are some small demographic differences. Smartphones are slightly less common among white residents (88 percent) than they are among black residents (92 percent), Hispanic residents (96 percent), or residents of another race or ethnicity (98 percent). Residents aged 65 years or older are significantly less likely to own a smartphone (74 percent) than younger residents; similar patterns emerge between age cohorts when it comes to other devices like tablets. Ownership of a personal computer, smartphone, tablet, or other device is also more likely in higher income brackets.

When it comes to the number of devices owned in the household, older residents are slightly less likely than their younger counterparts to have three (43 percent) or four (10 percent) devices, as do those in the lowest income bracket (42 percent, 14 percent) and those with a high school degree or less (46 percent, 18 percent). Nevertheless, most New Jerseyans across the board have access within their home to at least three devices.

“The fact that we don’t see big disparities across race, education, and the other usual suspects that often divide us into the haves and have nots is a good thing,” said Ashley Koning, assistant research professor and director of the Eagleton Center for Public Interest Polling (ECPIP) at Rutgers University–New Brunswick. “Nevertheless, technological divides may persistent elsewhere that are not visible in these results – such as when it comes to type and speed of internet access, as well as device quality.”

On average, residents say they spend about 12 hours online per week for personal use. Around two-thirds (66 percent) spend no more than 10 hours per week cruising the World Wide Web, with the remainder about evenly divided between those who say they are online anywhere from 11 to 20 hours per week (18 percent) and those who report usage exceeding 20 hours a week (16 percent).

And what do they do when they peruse the Internet? Many across the Garden State use their connectivity to express themselves politically. Just under half (45 percent) say they have gone online in the last 12 months to express an opinion about political or community issues; a quarter do so at least once a month (27 percent).

Democrats are slightly more apt than Republicans to use the Internet to express their opinions. A clear majority of Republicans never raise their voices online (63 percent), while notably fewer Democrats remain silent (49 percent). Beyond partisan differences, online expressions are exercised somewhat consistently across a variety of demographic categories. White residents (59 percent), older residents (61 percent), and those with lower levels of education (60 percent) are only slightly less likely than their counterparts to express themselves politically or socially on the web.

“When we look at these numbers, the big takeaway overall is consistency,” Koning said. “While there is some variation, about four in ten of almost every demographic group has taken part in some type of online political expression within the past year.”

“There is no digital divide, and the Internet, with all of its limitations and possibilities, is available to almost everyone,” Jenkins said.