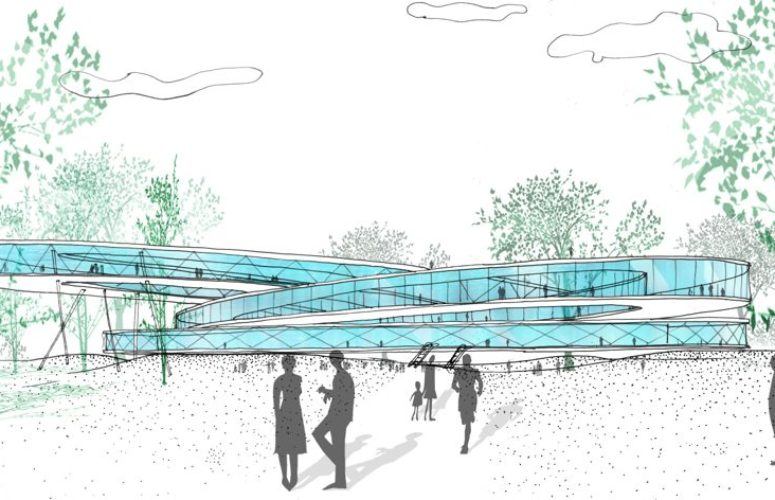 Advancing the Fulop Administration’s vision of making Jersey City a leader for job growth and a magnet for new industries, Mayor Fulop and Liberty Science Center President and Chief Executive Officer Paul Hoffman announced today an ambitious plan to create a comprehensive science and technology campus in Jersey City. The project, ‘SciTech Scity,’ would build the City’s sci-tech sector while also educating the next generation of students to become leaders in the fields of science and technology.

‘SciTech Scity,’ will be developed by the Liberty Science Center on 16-acres of city-owned property adjacent to the center and is planned to include a technology business incubator, a biotech lab, a light manufacturing space, a coding lab, and a grade school with a STEM focus (Science, Technology, Engineering and Math), as well as a science-themed hotel and residences for visiting scientists.

It adds to Jersey City’s aggressive job creation by leveraging the Science Center’s international reputation and connecting hands-on learning for our students with technology R and D. The incubator model will attract scientists and entrepreneurs from around the world who will pioneer new technologies, creating new businesses that will build Jersey City’s sci-tech sector and generate thousands of construction and permanent jobs.”

“I look forward to working with corporate and government partners to create a world-renowned science and technology campus in Jersey City that will launch businesses, create jobs, and educate area youth,” said Hoffman. “Liberty Science Center’s mission is to get students excited about pursuing careers in science and technology. With this ambitious project, LSC will be going one step further and actually creating jobs in the important sci-tech sector of our economy.”

The campus’ research facility, to be known as Edge Works, will be a 100,000 square foot hybrid technology-based maker space combining private studios and open co-working spaces with high-tech workshops for start-ups and emerging businesses. SciTech Scity would also be an educational hub for the entire community with residents of all ages being able to utilize the leading-edge facilities, such as the coding lab to develop new apps or learn to write code.

Since Mayor Fulop took office, nearly 9,000 jobs have been created and the administration has successfully attracted new business sectors, including the clothing and media industries with both Nautica and Forbes Media relocating offices to Jersey City. Jersey City is also making a faster unemployment recovery than all other New Jersey urban areas due to Mayor Fulop’s policies, with 50 percent faster job growth than New Jersey and 62 percent faster job growth than the nation as a whole, according to Bureau of Labor Statistics for the twelve months ending September 2014.

“The development of STEM fields is key to the continued prosperity of our country,” said Leonard J. Sciorra, Ph.D., professor of applied science and technology at Saint Peter’s University. “The planned STEM project, located in this beautiful setting, in a state that has been a leader in the development of so many STEM breakthroughs, is a wonderful step in maintaining the country’s commitment to scientific innovation, education and entrepreneurism. The project will place Jersey City at center stage in the ongoing efforts to train scientists, promote new technologies and create new 21st century businesses to employ our citizens.”

Other major cities have launched similar sci-tech and education partnerships to increase entrepreneurship and job growth. For example, Cornell NYC Tech, a plan developed by former New York City Mayor Michael Bloomberg, is under construction on Roosevelt Island, through a partnership between Cornell University and the Technion – Israel Institute of Technology.

SciTech Scity is also planned to feature a science-themed hotel with 135 rooms and a visiting scholars residence for up to 275 scientists, entrepreneurs, and college students, further establishing the center as a destination.

The project is expected to create approximately 2,526 construction jobs during its development, and once complete will create 594 permanent jobs, of which a significant portion will be expected to go to Jersey City residents.

AT&T Contributes $600,000 to Help New Jersey Students Along the Path to Graduation