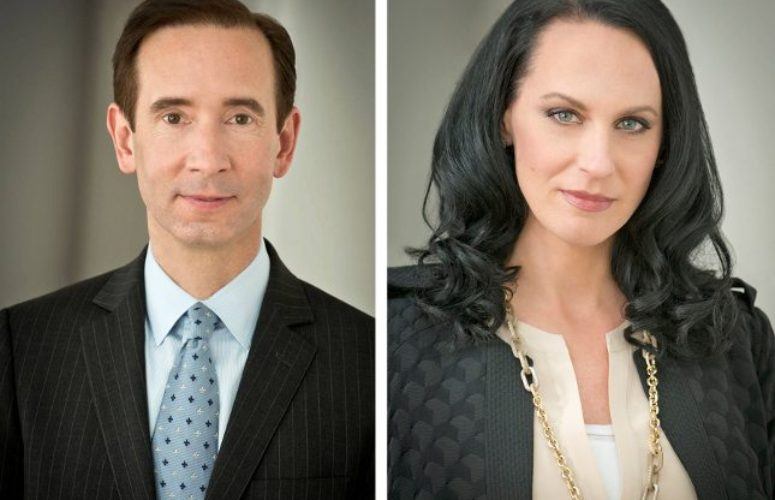 An impressive 83.2 percent of LMC survey respondents expect their holiday sales to be at the same or a higher level than last year. A full 45.0 percent said they plan to add seasonal staff – well above the average 29.8 percent reporting seasonal hiring in LMC’s prior five Pre-Holiday polls (2011-2015).

According to LMC President Matthew K. Harding, this enthusiasm likely stems from healthy year-to-date performance. In fact, 64.3 percent of survey participants reported year-to-date sales at the same or higher volume than at this time in 2015 – compared to the 2011-2015 polling average of 57.9 percent.

“Additionally, 66.7 percent of respondents reported shopper traffic at the same or an increased level year to date,” Harding noted. “This is the highest percentage since we began asking our tenants about traffic in 2012. This is a strong indicator that our retailers are not only surviving but thriving as they adopt technology to drive customer traffic and boost sales.”

LMC tenants are not alone in their holiday season outlook. The National Retail Federation (NRF) expects sales in November and December (excluding autos, gas and restaurant sales) to reach $655.8 billion – an increase of 3.6 percent over 2015. This compares to a 10-year average of 2.5 percent. Similar studies by the International Council of Shopping Centers (ICSC), Kantar Retail and Deloitte project holiday sales to increase by 3.3, 3.8 and 3.6-4.0 percent, respectively. Further, ICSC reports 91 percent of consumers plan to holiday shop at physical stores.

LMC tenants expect their customers to shop early this year. A full 24.0 percent of survey participants anticipate their sales will peak prior to Thanksgiving. Another 23.5 percent predict peak sales during the Thanksgiving/Black Friday weekend. The balance of respondents’ expectations for peak sales are spread among early December (12.3 percent), mid-December (18.1 percent) and the weekend before Christmas (16.2 percent). Only 5.9 percent expect their peak sales to fall between the Christmas and New Year’s holidays.

“The percentage of our survey participants who anticipate peak sales before Thanksgiving is approximately double the percentage from the prior two years,” Harding noted. “It is true everything seems to be starting earlier, with the promotions traditionally associated with Black Friday beginning in earnest by early November. This trend has been building over the past couple of years, however the significant increase indicated in our 2016 poll is noteworthy. It will be interesting to look back and trace whether factors such as the unseasonably warm fall, the presidential election and other variables impact when 2016 holiday shopping actually peaks.”

The survey also revealed that technology-centered marketing remains an ongoing priority for LMC survey respondents. The Pre-Holiday survey asked those whose companies are embracing mobile apps, social media, email, texting and other platforms to compare their amount of digital marketing year over year. A full 94.0 percent reported they will incorporate the same or a higher amount of tech-centered marketing this holiday season.

“This is smart planning,” noted Melissa Sievwright, LMC’s vice president of marketing. “Deloitte forecasts that digital interactions – consumers’ use of digital devices such as smartphones, tablets, and desktop and laptop computers – will influence 67 percent of brick-and-mortar sales during the 2016 holiday season. In turn, our tenants recognize the importance of reaching their customers via digital platforms – both prior to and during store visits.”

“Mobile is becoming such an important part of the in-store experience,” Sievwright added. “Euclid Analytics’ 2016 Holiday Consumer Mobile Usage study found that four in five shoppers use their mobile devices while shopping in stores. Additionally, consumers welcome digital experiences that let them take advantage of a store’s best deals and sales, and gain fast, easy access to their loyalty program information. In short, LMC tenants are on the right track.”

A Note on Social Media

Facebook reports the holiday season brings more posts, shares and comments than any other time of the year. Deloitte notes that social platforms – such as Facebook and Pinterest – are “shaping what people think a great shopping experience is – a fast, highly-curated assortment with access to visuals, information, and buying sources.”

Among LMC survey respondents, Facebook is by far the most popular social media platform, used by 89.9 percent of those who incorporate social media into their marketing efforts. Other popular outlets included Instagram (40.5 percent), Twitter (33.3 percent), Google+ (27.4 percent) and Pinterest (10.1 percent).

“Social is a vital part of the digital marketing equation,” Sievwright said. “Our tenants are using these channels to announce in-store sales and experiences, and for post-event coverage. Instagram and Pinterest, since they are so visual, are popular choices. Live broadcasts from events on Facebook’s Livestream and Twitter’s Periscope are trending as well.”

For the first time, survey participants were asked whether they are enhancing their social media presence with paid options. Of respondents who use social media for marketing, 37.5 percent indicated they are leveraging opportunities like Facebook’s sponsored content or ads.