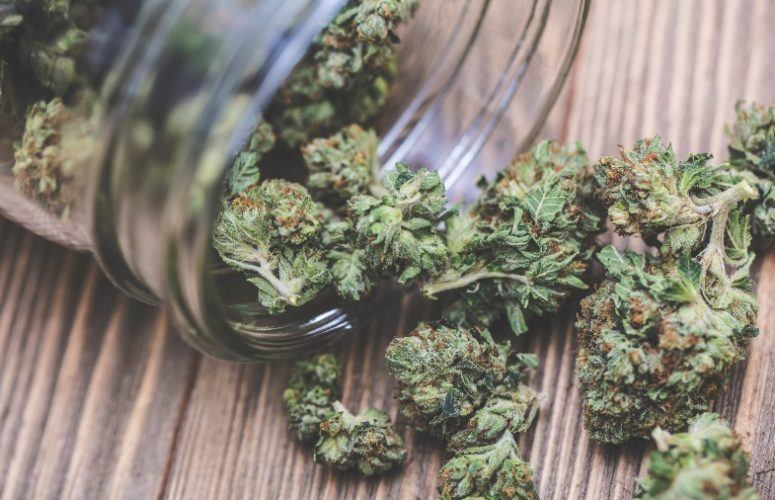 “Legalizing adult-use marijuana is a monumental step to reducing disparities in our criminal justice system,” said Governor Murphy. “After months of hard work and thoughtful negotiations, I’m thrilled to announce an agreement with my partners in the Legislature on the broad outlines of adult-use marijuana legislation. I believe that this legislation will establish an industry that brings fairness and economic opportunity to all of our communities, while promoting public safety by ensuring a safe product and allowing law enforcement to focus their resources on serious crimes.

“This plan will allow for the adult use of cannabis in a responsible way,” said Senate President Sweeney. “It will create a strictly regulated system that permits adults to purchase limited amounts of marijuana for personal use. It will bring marijuana out of the underground market so that it can be controlled, regulated and taxed, just as alcohol has been since the end of Prohibition. This plan will also advance important social justice reforms to help reverse the discriminatory impact that drug laws have had on diverse communities.”

“The agreement reached to legalize adult-use cannabis is the result of incredibly hard work by many people over many months,” said Speaker Coughlin. “Getting to this point wasn’t easy. We talked and we negotiated in good faith, but most importantly, we listened. I want to thank Governor Murphy and Senate President Sweeney for their tireless efforts and willingness to compromise so we could put forth the most responsible legislation possible. I believe this new, regulated industry will help boost our economy, but I’m particularly proud of the critical social justice components included in the bill.”

“The prohibition on marijuana has long been a failed policy,” said Senator Nicholas Scutari. “This plan will bring an end to the adverse effects our outdated drug laws have had on the residents of our state. As a regulated product legalized marijuana will be safe and controlled. It is time to legalize adult use marijuana in New Jersey and this is a well crafted legal reform that will advance social policy in a fair and effective way.”

“After months of discussions and debate, I am proud that we have come to an agreement on a bill to legalize adult-use cannabis,” said Assemblywoman Annette Quijano. “We learned from stakeholders and listened to opponents. The final product is fair, responsible and focused on social justice. I want to thank Speaker Coughlin for his leadership in the Assembly and express my gratitude to Governor Murphy and Senate President Sweeney for partnering with us in this daunting endeavor.”

Adult-use marijuana will be governed by a Cannabis Regulatory Commission, composed of five members. Three members will be appointed by the Governor, with the Governor’s initial appointments to serve terms of at least four years and not be subject to Senate confirmation. Two other members will be appointed by the Governor, upon the recommendations of the Speaker and Senate President. The Commission will promulgate all regulations to govern the industry and will oversee the applications for licensing of adult-use marijuana dispensaries.

Provisions in the bill establish an expedited expungement process for individuals convicted of low-level marijuana offenses, and a virtual expungement process that will automatically prevent certain marijuana offenses from being taken into account in certain areas such as education, housing, and occupational licensing. Additionally, there are a number of provisions that aim to ensure broad-based participation in the industry for Minority and Women-Owned Business Enterprises (M/WBEs), low- and middle-income individuals, and disadvantaged communities across the state.

Final text of the legislation will be released in the coming days, subject to pending technical edits.