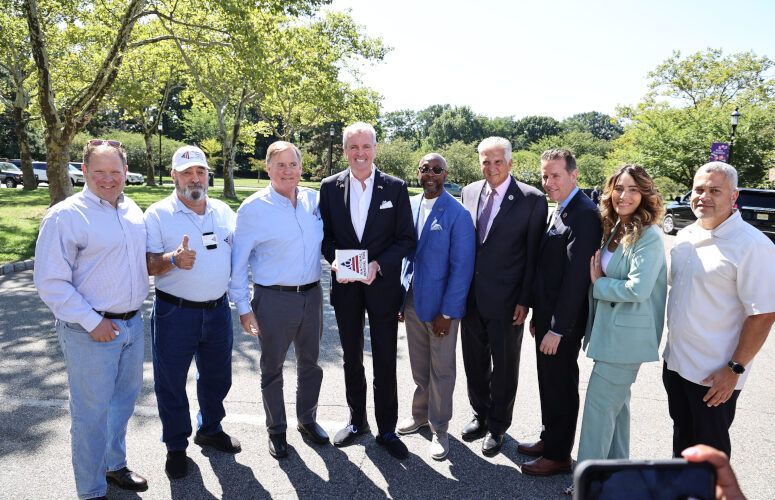 Gov. Phil Murphy today announced the acquisition of a nine-mile former rail line that will be converted into a new state park, to be known as the Essex-Hudson Greenway. It will run through the following communities: Jersey City, Secaucus, Kearny, Newark, Belleville, Bloomfield, Glen Ridge, and Montclair.

“For far too long, many of New Jersey’s most diverse communities have not enjoyed equitable access to our state’s open spaces and their accompanying health benefits,” said Murphy. “While connecting these communities to our natural environment and economic opportunity, the Greenway will also bolster resilience in one of the state’s most densely populated regions.”

The Fiscal Year 2023 budget agreement includes $20 million in federal American Rescue Plan funds to begin the remedial and structural work necessary to transform the abandoned rail line into a usable transportation corridor and recreational space. The entire line will remain closed to the public for an initial period of 6-12 months, after which the line will be opened to the public segment by segment as work on individual sections is completed over the next several years.

The sequence of the development and opening of the Greenway, as well as the design for amenities, transportation options, and connections to local community resources, will be informed by a strategic master plan for the Greenway. The DEP is currently procuring a consultant to support the development of the master plan and is leading an interagency working group and engagement with local elected officials, community members, and other stakeholders.

“Residents of underserved communities adjacent to the line will now have more access to recreational areas, which will foster an appreciation for the outdoors, encourage exercise, and improve the overall health and quality of life for future generations,” said Essex County Commissioner Brendan Gill, a leading advocate for the Greenway since its inception nearly 15 years ago. “I believe, upon its completion, the Essex-Hudson Greenway will serve as a blueprint for future projects nationwide. It will demonstrate the positive effects large-scale environmentally friendly transportation projects can have on our community.”

“This acquisition by Gov. Murphy and the state brings us one step closer to creating much-needed green space to the most densely populated and diverse region in the entire nation,” said Kim Elliman, president and CEO of the Open Space Institute, which secured the purchase agreement for the 135-acre former rail property and provided extensive transactional support for the acquisition. “OSI is proud to have played a role in bringing this transformative project to today’s announcement and looks forward to building on our public-private partnership and fulfilling the promise to create a word-class linear park that will greatly enhance local communities and be enjoyed for generations to come.”