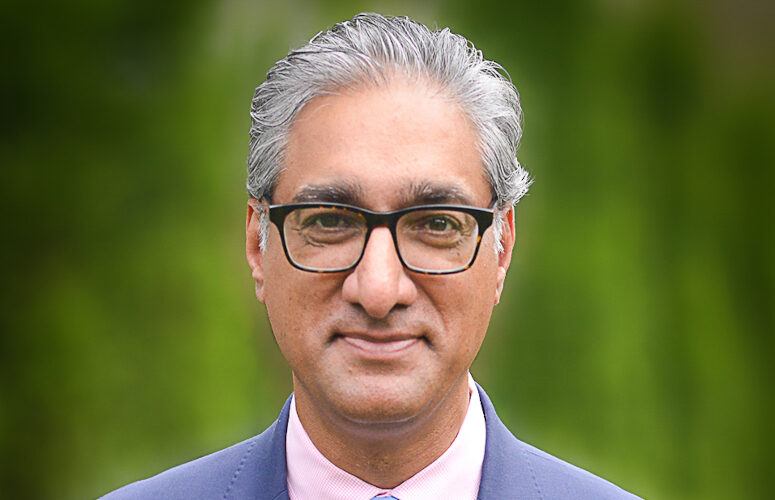 Kris Kolluri Nominated as CEO of the Gateway Development Commission

At today’s Regional Plan Association Centennial Assembly at Chelsea Piers, New Jersey Gov. Phil Murphy and New York Gov. Kathy Hochul jointly announced the nomination of Kris Kolluri as the CEO of the Gateway Development Commission, a partnership between New York, New Jersey and Amtrak that coordinates delivery of the Gateway Program with its partner agencies.

While at DOT, Kolluri played an instrumental role in helping develop a funding strategy to meet New Jersey’s contribution towards the ARC project, a nationally significant rail tunnel project that would have connected New Jersey and New York. At DOT, Kolluri oversaw a total of 17,000 employees, more than $3.6 billion in capital funds, and over $2 billion in operating funds.

He will be considered by the Gateway Development Commission’s Board at its next upcoming meeting, anticipated on May 16.

“I am honored to be nominated by Governors Phil Murphy and Kathy Hochul to be CEO of the Gateway Development Commission. I look forward to meeting the Commissioners and supporting their important work,” said Kris Kolluri. “There is a clear and present opportunity and desire among federal, state, and bi-state partners to advance the Hudson Tunnel Project and the Gateway Program. In the short term, the HTP is poised to move forward and the Commission has a critical role in overseeing the successful delivery of this project. Should my candidacy be approved by the Commissioners, I commit to being singularly focused on ensuring that this collaborative effort results in HTP’s fruition.”

“Moving the Gateway Program, and specifically the Hudson Tunnel Project, forward is critically important for our region, and I am confident that Kris Kolluri’s leadership will help us realize these much-needed projects,” said Gov. Murphy. “Kris has years of infrastructure management and operations experience, as well as years of government experience, that will be vital as we continue working with our federal partners to get the Gateway Program fully funded and completed. I thank Governor Hochul for her partnership in selecting a nominee who will help advance these critical projects.”

“With his extensive resume, Kris Kolluri brings an extraordinary record of public service and I am confident he will serve New York and New Jersey well as CEO of the Gateway Development Commission,” Gov. Hochul said. “The Gateway Hudson Tunnel is critical to the Northeast corridor serving more than 800,000 passengers daily and is a key component of our plan to build back stronger than ever. I thank Governor Murphy for his collaboration on this selection, and I look forward to continuing our work to secure federal funding, in partnership with the Biden Administration, for these vital projects and deliver for New York and New Jersey.”

Today’s announcement builds on the growing momentum for the Gateway Program. For example, the Portal North Bridge issued a Notice to Proceed last month to move to full construction; the Hudson Tunnel Project was allocated $100 million in the Biden Administration’s FY2023 budget request; and as a direct result of the strengthened financial commitments from New Jersey and New York, the Tunnel project received a higher rating from the Federal Transit Administration in the Capital Investment Grant process, allowing it to qualify for Federal grant funding.

He also served as the chief executive officer of the New Jersey Schools Development Authority from December 2008 to January 2010.

Before serving as DOT Commissioner, Kris specialized in redevelopment and transportation law as an attorney at Parker McCay of Marlton. Kris has a Bachelor of Science from Rutgers University – Camden and a Juris Doctor degree from Georgetown University. He lives in Haddonfield.

Construction Progressing Toward Fall Milestones at Prism’s ON3