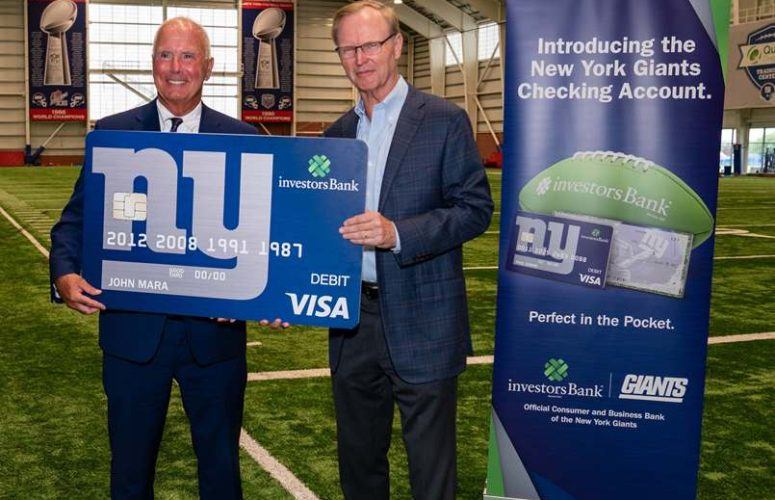 Investors Bank is prominently featuring the New York Giants logo on each account holder’s debit card and checks. Cummings adds that everyone who joins the Big Blue Checking Crew will have access to premium features and amenities such as a 20 percent discount each time they use their Giants debit card to buy merchandise at shop.giants.com. The Giants Checking Account also comes with premium features such as free identify theft protection and cellphone insurance for three smartphones.

In addition to the unveiling of the checking account, Investors Bank and the New York Giants also announced a joint corporate social responsibility program. Each time the Giants score this season, Investors Bank will donate $250 to the non- profit CASA (Court Appointed Special Advocates for Children) of New Jersey.

CASA of New Jersey is part of a national network of non-profit programs that advocate for children removed from their families because of abuse or neglect. CASA of New Jersey promotes and supports a statewide network of local CASA programs (affiliates). CASA volunteers assist and serve some of the most vulnerable children in the region.

“At Investors, we built our organization not only based on profitability, but also based on giving back to the communities we serve,” said Domenick Cama, president and COO of Investors Bank. “We applaud the good work that an organization like CASA does. It’s what they do that really makes a difference in this community.”