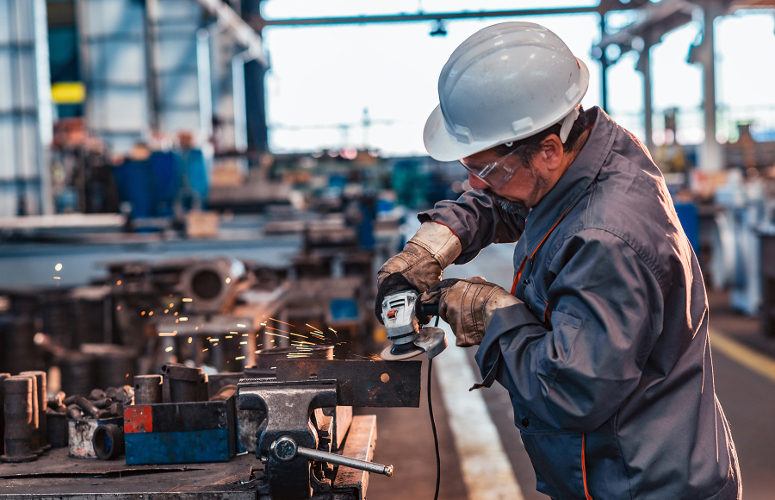 Investing in NJ Manufacturing is Critical in the Year Ahead

In what was the first of three virtual events (the others being on April 23 and July 30), state legislators touched on major manufacturing initiatives in the years ahead, as well as the challenges presented by COVID-19.

Greenstein points to a $1.5-million appropriation in the state budget for NJMEP that the federal government will match, which will provide NJMEP with a total of $3 million to: support New Jersey-based manufacturers, open a South Jersey office and training facility, scale up training, and expand apprenticeship programs.

Additionally, offshore wind is an exciting opportunity for a new industry to take hold in the state, and while the Ocean Wind project developed by Ørsted is billed as delivering clean energy to New Jersey, it also will be key in providing a boon to manufacturing through the creation of thousands of jobs.

According to Senate President Stephen Sweeney, “With offshore wind, our goal is manufacturing and jobs. That has always been the focus.

“I am thrilled that after a several-year pursuit, we were able to get a German manufacturing company called EEW to produce monopiles at the Port of Paulsboro, which will create about 500 jobs,” Sweeney said. “Additionally, in Salem County we are looking to build another port to assemble wind turbines.”

Sweeney said that approximately 3,000 to 4,000 jobs will be created in the state thanks to the offshore wind industry.

Senator Anthony Bucco, said that New Jersey is additionally poised to see one of the biggest increases in transportation spending in recent years, adding that the annual appropriation this year is up by $2.6 billion – one of the highest increases since 2016.

Key infrastructure projects include the Portal North Bridge and the $770-million phase 1 of the Gateway Program, which is critical to moving goods and services around the state and country. All told, the Gateway Project itself is about $25 billion.

Bucco said other key projects include the Walter Rand Transportation Center in Camden, which totals about $250 million, as well as $190 million in renovations for Newark Penn Station.

“That doesn’t include all of the roads and bridge projects that the Transportation Trust Fund is scheduled to fund and move forward as well,” Bucco said.

While manufacturing was deemed an essential industry at the onset of the pandemic, it has not been immune to the challenges that COVID-19 has presented.

How New Jersey continues to move forward with its reopening plans will have an impact on manufacturers, as many of their customers are small businesses, which were forced to close due to state restrictions.

“Going forward, I think the state needs to have a plan that will enable it to allow sections to open and be working. I felt from the beginning that hotspots had to be dealt with differently than other areas [without significant outbreaks]. I think that many businesses were held back that could have operated,” said Assemblywoman BettyLou DeCroce. “One size does not fit all.”

In addition to getting businesses back to being 100% operational, Senator Bucco said that reassessing vaccine eligibility is vital.

“I think it is also important that the governor’s office look at adding manufacturers into the essential worker class in order to get the vaccination,” Bucco said. “In my opinion, the manufacturing sector should have been included in the Phase 1A rollout of the vaccine. We have manufacturers here in the state that are manufacturing products for vaccine distribution as well as COVID-19 testing products.”

Bucco pointed out that if a single employee at one of these manufacturing facilities, for example, contracts COVID-19, the entire plant would be forced to shut down, which would have a major impact on the supply chain.

The pandemic also highlighted the importance of manufacturing necessary goods, particularly personal protective equipment (PPE), domestically as opposed to being reliant on receiving these goods from other countries.

“We should never be dependent on China or any other country to protect us. We should be able to protect ourselves,” Sweeney said. “What this pandemic showed is that this country can be crippled by other countries.”

NJMEP CEO John Kennedy echoed these sentiments, stating that the past year has exposed the state’s supply chain as being compromised and in need of repair on multiple levels.

Sweeney did say that the New Jersey Economic Recovery Act, for example, includes credits that can help manufacturers grow and create more PPE in New Jersey and, ideally, the entire Northeast.

However, affordability remains one of the state’s biggest problems when it comes to attracting new businesses.

“We are fortunate that we are in the middle of 60 million people,” Sweeney said. “That is our edge. Our disadvantage is that we are too expensive.”

He added that a lot of work needs to be done to begin to bring costs down such as, for example, an overhaul of the state’s pension system, a new healthcare plan with the teachers union, and better leveraging of the state’s assets.

“If we didn’t have our location, we would be in big trouble,” Sweeney said.