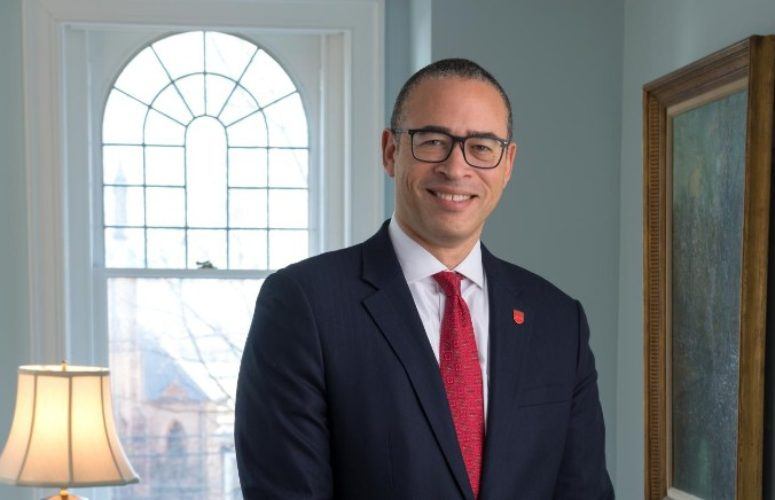 Rutgers University’s first African American president, Jonathan Holloway, begins his first official day on the job in the midst of the COVID-19 pandemic. In an official statement, he said the coronavirus quickly made clear that the terms of his future presidency have changed.

“I don’t need to tell anyone in New Jersey or at Rutgers how much damage COVID-19 has caused personally, emotionally, psychologically and financially,” he said. “Because of these enormous setbacks, I will be focusing much of my initial energy as president on repair and rebuilding.”

Holloway, who arrives at Rutgers after serving as provost of Northwestern University and, previously, as dean of Yale College at Yale University, noted that while the pandemic continues to demand attention, “we are also living in a moment of global racial reckoning – a development born of tragedy, willful ignorance, and grotesque violence.”

This global racial reckoning, he said, presents the Rutgers community with an opportunity “to work toward a world where phrases like ‘social justice’ and ‘Black Lives Matter’ are understood not as assaults on the common good, but as declarations that we should be a country that lives up to the aspirations in its founding documents.

“Getting to that point will also require repair and rebuilding,” Holloway said.

An eminent historian, Holloway also was a professor of history and African American studies at Northwestern, specializing in post-emancipation social and intellectual United States history. He is the author of several books, including Confronting the Veil: Abram Harris Jr., E. Franklin Frazier, and Ralph Bunche, 1919-1941 (2002) and Jim Crow Wisdom: Memory and Identity in Black America Since 1940 (2013).

Holloway said he will embrace the call for more concrete commitments and empathy from leaders and their institutions to address the nation’s systemic inequities, and he is certain Rutgers will be a major contributor to answering that call.

“I want you to know that I will not shy away from the uncomfortable conversations that must emerge if we deal with these issues honestly,” he said. “While I can’t promise you that we will always agree – we certainly won’t – I can assure you that I will always listen to your thoughts with the seriousness and respect that they deserve.”