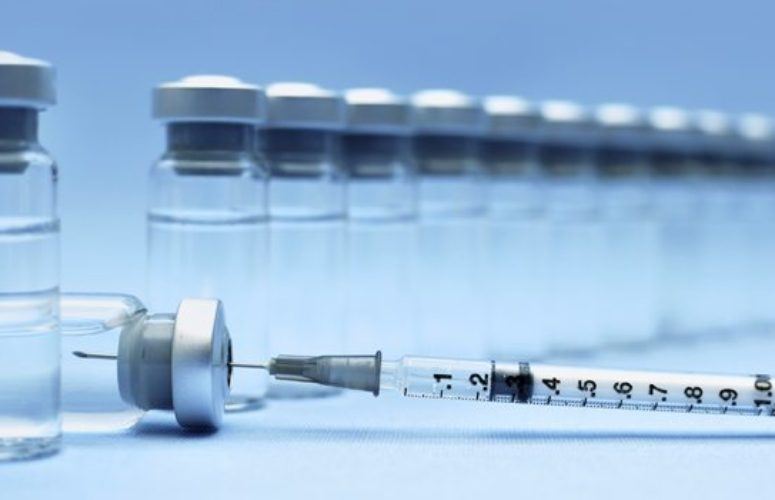 Is New Jersey Prepared to Protect Its Citizens?

Reporting on Ebola is akin to watching the clouds move: Every hour, the landscape seems to change. From billows of fear to New Jersey’s response, ultimately the threat of Ebola to the state’s residents and workers is “very low,” according to Dr. Meika Roberson, chief medical officer and chief of emergency medicine at CarePoint Health, Hoboken University Medical Center.

“Clearly, Ebola is a West African epidemic and a worldwide concern,” Roberson says. “Throughout the US and here in New Jersey, healthcare communities are focused on leveraging their intensive technical understanding and equipment to keep people safe. The Centers for Disease Control and Prevention, the New Jersey Department of Health (NJDOH), Governor Christie and the state’s hospital workers and CEOs are doing a terrific job of implementing strict guidelines, unifying information, investing in a dedicated task force and sustaining other measures that protect the public from possible contagion.”

Though New Jerseyans’ unease about Ebola Virus Disease (EVD) is understandable, current measures and directives should “replace mass hysteria with the confidence that New Jersey is well-prepared for Ebola and any other infectious diseases that come our way,” Roberson states. Expressing concern about EVD, Robertson notes that as the public focuses on Ebola, “we can’t forget about the other routine illnesses that kill our citizens every year. For example, December is the height of flu season: People can’t let their concerns over Ebola distract them from getting their flu shots as well as taking necessary precautions against other habitual, high-risk diseases.”

In perspective, the flu kills an average of 20,000-plus people in the US every year – about four times more than the number of Ebola deaths in the current outbreak, according to the New Jersey Hospital Association (NJHA). On a single day in August 2014, HIV/AIDS, malaria, diarrhea and tuberculosis killed 1,751 West Africans, while only four succumbed to Ebola, according to a NJHA webinar. “Worrying about Ebola is understandable,” the NJHA states, “but panicking about it is not.”

Current Snapshot of the Epidemic

Still, with several major international airports in or close to the New Jersey area; aid workers and the military traveling to and from West Africa; and numerous pockets of West African neighborhoods throughout the state, many residents – especially those in urban environs – remain frightened. The World Health Organization (WHO) recently reported 10,000 worldwide Ebola cases and nearly 5,000 deaths, with cases increasing exponentially in Guinea, Liberia and Sierra Leone.  In fact, cases in Liberia are doubling every 15 to 20 days, and those in Sierra Leone and Guinea are doubling every 30 to 40 days, according to the CDC.

In its estimate of future cases in Liberia and Sierra Leone alone, the CDC predicted that without additional interventions or changes in community behavior, “by January 20, 2015, there will be a total of approximately 550,000 Ebola cases … or 1.4 million if corrections for underreporting are made.”

Given Ebola’s staggering fatality rate of about 70 percent, according to the WHO, halting the increasing spread of EVD is an obvious imperative. As vaccine trials get underway (see sidebar), the WHO maintained principles for controlling an outbreak: They include leadership, community engagement and partnerships, among others and New Jersey is adhering closely.

Following his Ebola Task Force announcement, Governor Christie instituted a quarantine protocol – which the White House attacked – for people arriving at Newark Liberty International Airport with a high risk of having contracted Ebola. The policy places a mandatory 21-day hospital quarantine of people showing symptoms of EVD. New Jersey residents showing no symptoms, but who came in contact with someone with Ebola, are subject to a mandatory quarantine at home. Potentially exposed, asymptomatic nonresidents are transported to their homes, if feasible; if not, they are quarantined in New Jersey.

As President Obama considered a ban on all travel from West Africa to the U.S., his administration was lobbying Governor Christie to change the quarantine policy, expressing concern about “unintended consequences that policies not grounded in science may have on efforts to combat Ebola at its source in West Africa.”

However, the governor had not backed down: “My first and foremost obligation is to protect the public health and safety of the people of New Jersey,” Christie said. He apologized for individuals inconvenienced by the ruling, but added, “the inconvenience that could occur from having folks who are symptomatic and ill out and amongst the public is a much, much greater concern of mine.”

Approximately 100 people in New Jersey are under “active monitoring” for Ebola, though none had shown symptoms of having contracted the potentially deadly virus, according to a spokeswoman for the NJDOH, as reported by www.nj.com.

While New Jersey’s Ebola situation is “changing every day, every hour in fact,” according to NJHA, “each new development helps New Jersey’s healthcare system improve its preparedness.”

CDC technical assistance teams are present at each of New Jersey’s three EVD-receiving hospitals to review their equipment and protocols to ensure they are optimally prepared to treat an EVD patient. All avenues of service are reviewed, from the ER to laboratories and specimen disposal, to radiology; food service; donning and doffing protective gear; contact and droplet precaution; and all other potential EVD touch points.

In the meantime, New Jersey’s entire medical facility network is preparing to handle any symptomatic person who walks in for help. The patient’s first contact, whether a greeter, nurse or ER desk attendee, immediately inquires about EVD risk factors; if suspect, the patient goes directly to an isolation room for initial care. The instance is reported to the NJDOH, which then alerts the CDC. Meanwhile, the patient is prepared for immediate transport to one of New Jersey’s three EVD receiving hospitals.

At the request of NJDOH Commissioner Mary E. O’Dowd, all New Jersey hospitals also are conducting drills to test their ERs’ preparedness to identify, isolate and care for suspected Ebola cases.

Atlantic Health System – which encompasses medical facilities in Morristown, Newton, Pompton Plains and Summit – this summer convened a system-wide response to address individuals who have traveled to an Ebola zone and who present “either with general concerns or who develop an illness and present for evaluation,” says Jan Schwarz-Miller, MD, MPH, VP of Quality and chief medical officer for Atlantic Health System.

Schwartz-Miller tells New Jersey Business that in preparation for a potential Ebola diagnosis, “we are conducting emergency drills and specialized training, and are following CDC protocol for emergency preparedness and infection prevention. We continue to closely monitor the situation in West Africa, the US and our own region as well as official EVD recommendations, enabling us to revise our planning as needed. We remain vigilant in our response and preparedness.”

Barnabas Health comprises a network of medical centers in more than 25 cities across the state. All centers “are prepared to identify and isolate a suspected EVD patient, and provide CDC-approved care to the patient and CDC-recommended safety protection to the caregiver,” states Nancy Holecek, RN, BSN, MHA, MAS, SVP for patient care services and chief nursing officer, Barnabas Health. “We closely monitor directives for care of EVD. Our Emergency Departments’ triage staff members are using very specific screening protocols to help identify patients who may be at risk for EVD, specifically those who have traveled to West Africa in the last 30 days and also present with a fever.”

The Barnabas Health Significant Pathogen Threat Team has developed a readiness plan to detect, protect and respond, based on CDC guidelines. Barnabas Health continues to participate in mock Ebola Emergency Preparedness drills to test its readiness to respond appropriately to an Ebola patient.

All three Hudson County-based hospitals in the CarePoint Health system are prepared with up-to-the-minute data and organizational protocols to respond to EVD, according to a CarePoint Health announcement. The healthcare firm stresses early detection and accurate diagnosis, both critical for infection control and treatment of an affected individual.

When patients arrive in the CarePoint Health system, they immediately are screened to determine EVD risk exposure. If a case is suspected, CarePoint Health’s strict procedures, equipment and technology limit exposure and safely care for patients.

Its ambulance service, McCabe Ambulance, also has taken precautionary measures to assess EVD risk: “Our call screening software technology, ProQA, incorporates an Ebola Screening Tool that prompts our dispatchers to ask about recent travel and critical symptoms,” says Michael McCabe, chief of McCabe Ambulance. “Our EMTs have all been trained in compliance with CDC and Department of Health recommendations. If our dispatchers suspect that a patient may be at risk for Ebola, our EMTs can safely transfer the patient and notify the receiving hospital.”

At Hackensack University Medical Center, one of New Jersey’s three Ebola-designated hospitals, “we have reviewed all appropriate policies and protocols, prepared a patient isolation area and ensured that personal protective equipment is available for all staff involved in Ebola treatment,” reports Joseph Feldman M.D., chairman of emergency services for Hackensack UMC. “We have appointed an Ebola preparedness team, which I am heading, and continue to conduct surprise emergency drills to further improve our response efforts. We are pleased to report that drilling has been successful and accurate. We recognize that our dedicated healthcare workers are on the frontlines of defense, and are committed to ensuring that all of our employees are properly trained and supported in our response efforts.”

On a state-wide basis, Dr. Christina Tan, state epidemiologist and assistant commissioner, NJDOH, tells New Jersey Business that the Department has been working diligently for at least the past six months with its state and federal medical colleagues. “We are being notified of every traveler from the affected region who arrives in New Jersey then closely monitor those travelers,” she reports. “We are working with hospitals and other clinical partners to assure they are informed on how best to diagnose and treat potential Ebola victims. We also are working to ensure that proper levels of personal protection are available to the hospitals: Healthcare workers must practice meticulous infection control, which includes how to put on and take off their personal protective equipment.”

Tan says the NJDOH is involved in community meetings with members of New Jersey’s West African communities, and believes that the current screening protocols at Newark Liberty International Airport “significantly decrease the risk of travelers with symptoms or EVD risk factors from being released into the general population. The NJDOH and its medical communities must continue vigilant surveillance of potential EVD illness.”

In a statement released by the NJHA, Betsy Ryan, president and CEO, said that hospitals, by their very nature, are prepared for all sorts of emergencies, including public health threats. “Ebola is an unprecedented illness for the US healthcare system, but our hospital teams are using the same commitment, clinical expertise, planning, safety protocols and diligence they rely on in other emergencies to respond to the Ebola threat,” she stated. “In any emergency, the situation can change daily, even hourly. But we are preparing and adjusting every day to provide the best care and protection possible for our patients, healthcare workers and communities.”

The most rapid approach for developing and distributing an Ebola vaccine are being finalized, with trials already begun to determine safety and dose level, according to the WHO. “As we accelerate in a matter of weeks a process that typically takes years, we are ensuring that safety remains the top priority, with production speed and capacity a close second,” says Marie-Paule Kieny, WHO assistant director-General of Health Systems and Innovation.

Johnson & Johnson, based in New Brunswick, is collaborating closely with the WHO and other key stakeholders, to test, develop, produce and distribute an EVD vaccine. J&J has committed up to $200 million to accelerate and significantly expand the production of the vaccine program in development at its Janssen Pharmaceutical Companies. Clinical trials are planned for early January 2015, with 250,000 doses expected for broad application in clinical trials by May 2015. In total, the company is targeting production of more than one million doses of the vaccine regimen during 2015.