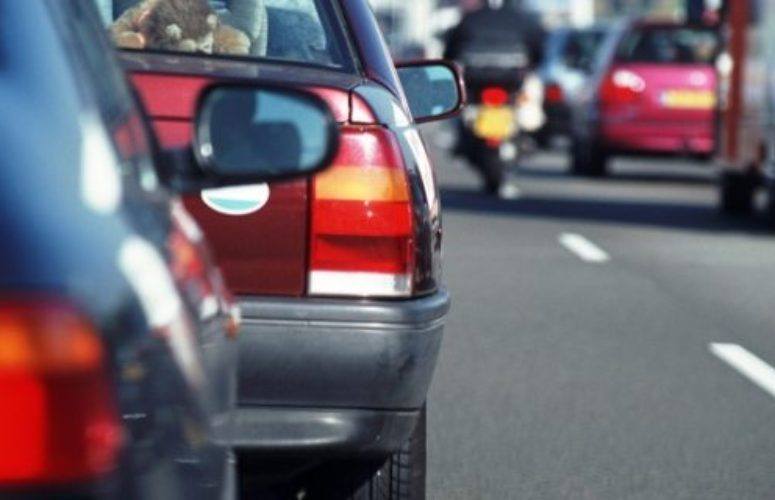 Governor Andrew M. Cuomo and Governor Chris Christie today announced the new Goethals Bridge will open to traffic this weekend, marking the first opening of a major new bridge by the Port Authority since the Bayonne Bridge was completed in 1931. The new $1.5 billion cable-stayed crossing over the Arthur Kill between Staten Island, New York and Elizabeth, New Jersey represents a major upgrade to the region’s infrastructure system and a vast improvement for drivers.

‘’This is the first major, new bridge erected in New Jersey in decades and it was long overdue, as anyone who navigated the old Goethals Bridge can attest,’’ Gov. Christie said. ‘’Drivers have been nervously gripping the steering wheel of their cars just to stay in the narrow lanes designed in the1920s for the nation’s first generation of automobiles. The new twin-crossings, constructed next to the aging span, represent a critical infrastructure upgrade as well as a smarter approach to these types of projects. It was built under a major private-public partnership, which resulted in a swifter project completion than had we relied solely on the public sector.’’

“The new Goethals Bridge will streamline congestion, improve safety and create a stronger, more reliable transportation network across the entire New York metropolitan area,” Governor Cuomo said. “After decades of neglect, this administration is investing in New York’s future by rebuilding its infrastructure, supporting economic growth and prosperity for generations to come.” ‎

Built via a public-private-partnership – the first true surface transportation public-private partnership in the Northeast – the first of the new Goethals’ twin spans, located next to the old bridge, will open to New York-bound traffic late Saturday afternoon and to New Jersey-bound traffic late Sunday afternoon, following the Friday night closure of the 89-year-old original Goethals.

The second of the new Goethals Bridge’s twin spans will open in 2018. In this final configuration, the new state-of-the-art bridge will have three 12-foot lanes along with12-foot outer shoulders and five-foot inner shoulders on each of its twin spans. The second structure also will feature a 10-foot shared use path for bicyclists and pedestrians. The twin spans also preserve a corridor for future mass transit.

The complete bridge, with a total of 144 stay cables, each up to 450 feet long and 14 inches in diameter, will unite the roadways with four sets of soaring, V-shaped, 272-foot-tall concrete towers. It represents a significant improvement over the existing Goethals Bridge, now functionally obsolete with only four sub-standard 10-foot lanes, no shoulders and no shared-use pedestrian/bike path.

The Port Authority committed approximately $363 million of the $1.5 billion total cost, including prior planning, permitting, property acquisition, as well as design and engineering work. The agency will make another $150 million in payments to the developer upon completion of key milestones, including substantial bridge completion and the demolition of the old structure. Additional periodic payments will be made to the developer to cover capital and maintenance costs over the next 35 years, subject to deductions if NYNJ Link fails to meet certain performance criteria. The Port Authority will continue to operate the replacement bridge and retains control of the setting and collection of tolls.

In addition to its responsibilities for the design, construction and funding of the project, the private partner NYNJ Link LLC – a partnership of Macquarie and Kiewit — will maintain the bridge for its first 35 years. The project benefitted from a $463 million low-interest USDOT TIFIA loan, and $460 million in tax-exempt private activity bonds, in addition to over $100 million in at-risk equity capital from NYNJ Link to finance the project.

The original bridge opened to traffic on June 29, 1928 on what would have been the 70th birthday of its namesake, Major Gen. George Washington Goethals. Goethals, who administered and oversaw the construction of the Panama Canal, served as the Port Authority’s first consulting engineer. He died shortly before the completion of the bridge.

A key part of the I-278 corridor, the Goethals Bridge is located near the Howland Hook Marine Terminal and provides access to airports, seaports and markets throughout the region. More than $33 billion in regional goods pass over the Goethals annually.

To ensure an alternate route for drivers while the original bridge is closed and the new Goethals Bridge opens, the Port Authority will keep its two other Staten Island bridges, the Bayonne Bridge and Outerbridge Crossing, open through the weekend.