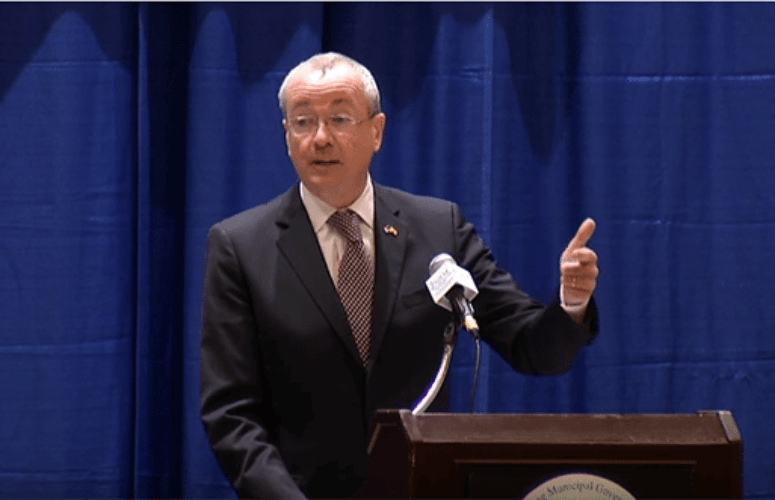 Before an audience of government leaders at the municipal, county and state levels, Governor-Elect Phil Murphy said his incoming administration will find common ground with everyone in moving the state forward.

Speaking at the 102nd Annual New Jersey State League of Municipalities Conference today, held at the Sheraton Hotel and Atlantic City Convention Center, Murphy said that in 61 days he will be sworn in as governor and that “is an awesome responsibility.”

Saying he will be part of the state’s solutions and not its problems, Murphy outlined a number of campaign agenda items that he wants to bring to fruition. This includes creating a “strong and fair economy that works for everyone.”

He said he wants to bring New Jersey back to a place it was once before, where it was a leader in technology. “The state was a place where innovative ideas happened. New Jersey was once Silicon Valley before there was a Silicon Valley,” he said. “I want New Jersey to be that place again.”

He touched upon the need to enhance the state’s transportation infrastructure, saying that it is New Jersey’s greatest asset, but too many projects were halted in recent years, such as a tunnel project under the Hudson and various light rail systems, while New Jersey Transit “barely functions.”

In growing the economy, he mentioned again the topic of fairness, including higher wages for people [increasing the minimum wage to $15 per hour], equal pay for women, and asking the wealthiest people and the biggest corporations to pay their fair share so that “the middle class regains its footing, and the economy thrives for everyone.”

He said he will build a team that will reflect the diversity and talent of the state, adding that his administration will “do it’s homework, read the fine print, conduct careful due diligence” and make sure that “facts and science matter again.”

“We will build the state from the bottom up, and the middle out,” he told the audience. “We are all in this together. New Jersey’s best days are in front of us, not behind us.”

Today was the final day of the three-day conference. An estimated 22,000 exhibitors and delegates attended.

NJ Counties, Municipalities Given Power to Impose Earlier Curfews on All Non-Essential Businesses