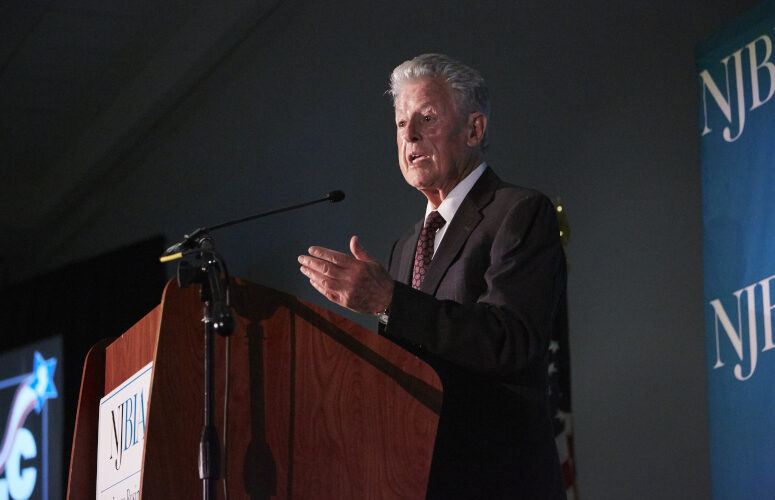 Former New Jersey Gov. James J. Florio passed away yesterday at the age of 85. He served as the state’s 49th governor from 1990-1994, and throughout his years of public service, was known for being an environmental advocate who also fought for tougher gun control laws.

In his effort to balance the state’s FY1991 budget, fund education in low-income school districts and deliver property tax relief, Florio was also known for pushing through a $2.8 billion tax increase, which at the time, doubled the state’s top income tax rate and raised the sales tax from 6% to 7%. Many say the move cost him his chances for re-election. Florio would narrowly lose his bid for a second term as governor to Republican challenger Christine Todd Whitman in 1993.

Florio, who was born in Brooklyn and came to New Jersey to attend The College of New Jersey (then Trenton State College) and Rutgers School of Law in Camden, began his political career in 1969 by winning a seat in the state’s General Assembly, representing the 3rd legislative district which included parts of Camden County. In 1973 he won a race in the 5th legislative district, representing portions of Camden and Gloucester counties.

He was elected to the U.S. House of Representatives in November 1974 and served there until January 16, 1990. He served as Chairman of the House Sub-committee on Commerce, Transportation and Tourism, of the Energy and Commerce Committee, and authored the Comprehensive Environmental Response Compensation and Liability Act, known as the “Superfund” law. It is the nation’s primary program for cleaning up hazardous waste sites.

Florio’s quest to become governor goes back to 1977 when he was among nine Democratic challengers looking to unseat then Gov. Brendan Byrne in the primaries. Florio only garnered 15% of the vote. He would win the gubernatorial Democratic primary in 1981 to face Republican challenger Tom Kean in the general election. Florio lost by 1,797 votes (49.6% for Kean vs. 49.38% for Florio) in what is said to be the closest gubernatorial race in state history.

After the loss, Florio would not run for governor for another eight years. In the interim, he focused on his Congressional obligations. He ran for governor again in 1989, this time beating Republican challenger Jim Courter by a larger margin (61.3%-37%).

Florio was also a founding partner of Cherry Hill-based law firm Florio Perrucci Steinhardt Cappelli Tipton & Taylor, where he served as Chair of the firm’s Environmental Group and Government and Regulatory Affairs Group.

Mike Perrucci, co-founder of the firm with Florio, recalled that his partner was “a great public servant and leader who cared deeply about people and the issues that impacted them. He will be missed by all of us at the firm and we will carry on his legacy through advocacy, hard work, and compassion.”

Gov. Phil Murphy commented, “Gov. Florio was a fighter who never backed down. He was a leader who cared more about the future of New Jersey than his own political fortunes. And he was also a friend whose kind counsel was invaluable to me and countless others across our state.”

Michele Siekerka, president and CEO of the New Jersey Business & Industry Association commented, “Gov. Florio was wholly dedicated to public service and the great state of New Jersey, and someone who always worked to bring people together and solve problems.

“He was a champion for the environment, and a strong supporter of the Superfund program. I have fond memories of working with him while working at the New Jersey Department of Environmental Protection. He was also a passionate advocate for education in the state and for New Jersey businesses.”