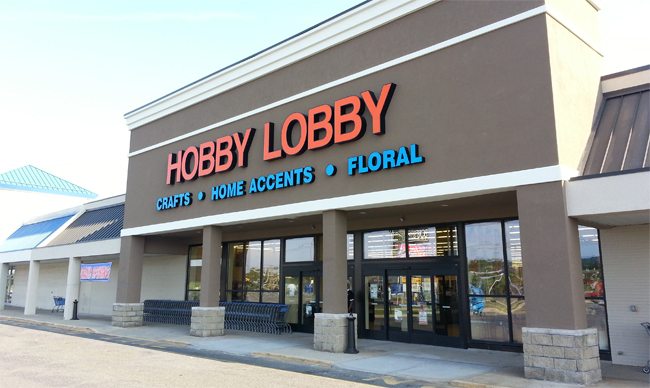 The Goldstein Group, a provider of retail real estate services in New Jersey, announced it has placed Hobby Lobby in Lawrenceville and Totowa.

Hobby Lobby, the largest arts & crafts supply store in the United States, has over 500 locations nationwide and they have entered the New Jersey market within the past two years. Other locations include Marlboro, South Plainfield and they are in negotiations for several others.

In Lawrenceville, Hobby Lobby filled a 42,000-square-foot space on Route 1 in a strip center that is strategically located next to Quaker Bridge Mall. The store, located adjacent to Sports Authority, was previously occupied by PC Richards. President, Chuck Lanyard, and Sales Associate, Rich Slater of The Goldstein Group and David Osterhus of the Keith Organization, represented Hobby Lobby in the transaction.

In Totowa, Hobby Lobby filled a 50,000-square-foot space in Totowa Square on Route 46 formerly occupied by Conway. Tenants at this prominent location, strategically located on Route 46, include Bob’s Stores, Toys R’ Us, Babies R’ Us, Applebee’s, Citibank and Office Depot. President, Chuck Lanyard of The Goldstein Group and David Osterhus of the Keith Organization, represented Hobby Lobby in the transaction.