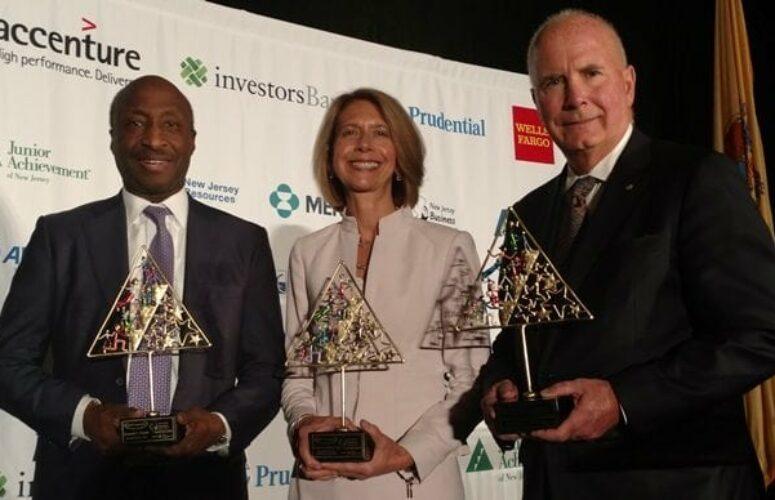 Frazier to Retire as Merck CEO; Board Elects Davis as Successor

Kenilworth-based Merck announces that Kenneth C. Frazier, chairman and CEO, will retire as CEO, effective June 30, 2021. He will continue to serve on Merck’s board of directors as executive chairman, for a transition period to be determined by the board.

The pharmaceutical company’s board of directors has elected Robert M. Davis, Merck’s current executive vice president, global services and chief financial officer, as CEO, as well as a member of the board, effective July 1, 2021. Davis will become president of Merck, effective April 1, 2021, at which time the company’s operating divisions—Human Health, Animal Health, Manufacturing, and Merck Research Laboratories—will begin reporting to him.

“The board and I are delighted that Rob will serve as Merck’s next CEO,” Frazier said. “He has deep knowledge of our company and industry and has been a valued strategic thought partner to me and the Merck senior management team as well as a highly capable finance leader.

“Rob has been instrumental in helping Merck take the right actions to adapt to the changing healthcare environment while remaining committed to investing in the scientific innovation that we expect will drive our future growth,” Frazier said.

Les Brun, Merck’s lead independent director, said, “On behalf of the entire Merck board, I thank Ken for his strong and highly principled leadership and his commitment to the company’s core values of scientific excellence, business integrity, patient focus and respect for all people. Ken’s vision and courage to make difficult changes within Merck, while steadfastly investing in research and development, have positioned Merck well for sustainable future growth. Under Ken’s leadership, Merck has delivered many innovative lifesaving medicines and vaccines, including KEYTRUDA, GARDASIL 9, and BRIDION, and also focused on other key growth drivers, such as Lynparza, Lenvima, and animal health to create long-term value for its shareholders and other stakeholders.

“It has been a privilege to serve as Merck’s CEO for the past decade and to work with the most dedicated and talented employees and management team in the industry,” said Frazier. “As executive chairman, I look forward to collaborating with Rob and our board of directors to help Merck achieve even higher levels of success.”

Brun added, “During our succession planning process the board has had an opportunity to witness Rob’s substantial contributions to the company and the leadership team. He is the right person to lead Merck into the future. We have tremendous confidence in Rob’s ability to continue to foster innovation and to team with Dean Li, president of Merck Research Laboratories, to drive scientific excellence into the future. We are particularly pleased that Ken will continue as executive chairman in order to work with Rob and Dean to ensure a smooth transition for the company.”

Davis commented, “I am honored to be appointed the next CEO of Merck. I thank the board and Ken for their confidence in me. I plan to continue Ken’s focus on innovation as we aspire to be the premier research-intensive biopharmaceutical company. This will be a year of great change both for the company and for our industry. As we work through the pandemic, we will continue to focus on the important work of bringing our medicines and vaccines to those who need them. Merck will not waver in its role of searching for and developing medically necessary products to improve people’s lives throughout the world.”

Davis serves on the board of directors of Duke Energy Corporation and is a member of its compensation and finance committees. In addition, he is a board member of Project Hope, a non-profit organization focused on empowering health care workers to deliver expert care when and where it is needed most.

He sits on the boards of PhRMA, Weill Cornell Medicine, Exxon Mobil Corporation, Catalyst and Cornerstone Christian Academy in Philadelphia, PA. He is co-founder and co-chair of OneTen, a coalition of leading organizations committed to upskilling, hiring, and promoting one million Black Americans into family-sustaining jobs. Frazier also is a member of the American Academy of Arts and Sciences, the American Philosophical Society, The Business Council, the Council of the American Law Institute, and the American Bar Association. Additionally, Mr. Frazier is co-chair of the Legal Services Corporation’s Leaders Council.

NJ TRANSIT Partners with Edge4Vets to Connect Veterans to Jobs