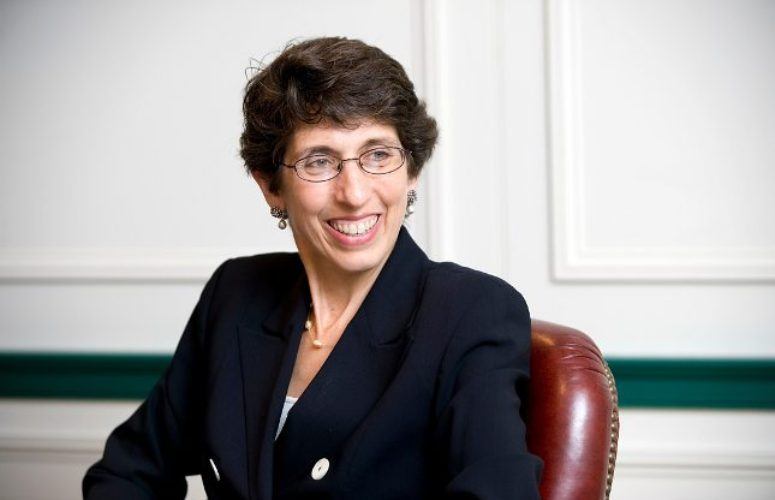 Caren Franzini, a trustee of the New Jersey Business & Industry Association (NJBIA) and Board member of NJM Insurance Company, passed away this morning after battling cancer. A widely respected economic development leader, she will perhaps be best remembered by the business community and municipal leaders as the long-time chief executive officer of the New Jersey Economic Development Authority (NJEDA), where she served from January 1994 until October 2012.

Most recently, she was president of Franzini Consulting, LLC, a firm that provides strategic assistance with real estate projects; identifies local, state and federal incentives to fill funding gaps; and assists economic development organizations with their development and review of programs and projects.

According to Bernie Flynn, president and CEO of NJM Insurance Company and co-chair of Greater Trenton, Franzini’s passing is a “tragic loss for the state. Caren was an amazing leader who unselfishly brought people and organizations together … and always with a smile and words of encouragement,” Flynn says.

Franzini served under many New Jersey governors (Republican and Democrat) while at the helm of the NJEDA.

“Caren was the epitome of non-partisanship,” comments NJBIA President and CEO Michele Siekerka. “She always worked beyond the politics to bring people together and compromise in order to get things done. A colleague once referred to her as ‘Switzerland’ … she always operated quietly, without fanfare or drawing attention to herself. She was truly a selfless person.”

Flynn says NJM was blessed when Caren expressed her willingness to serve on the NJM Insurance Company Board of Directors. “Her expertise helped us through some of the most transformative initiatives we have ever taken at NJM,” he says.

Siekerka comments, “Caren was always a cheerleader for NJBIA, both in the board room and beyond. Her input and advice on NJBIA matters was always well placed and has greatly helped advance our strategy over the past two years.

“Caren’s loss is irreplaceable for all that she did and advanced on behalf of New Jersey,” Siekerka continues. “Personally, this is the loss of a woman who I have admired for more than 20 years.”

At the NJEDA, Franzini oversaw an organization with over $500 million in assets, a $28-million operating budget and more than 150 employees. Annually, NJEDA provided between $600-$800 million in financial assistance to businesses, not for profits and public organizations throughout New Jersey to leverage additional private sector investment and the retention and growth of jobs.

Throughout her career, Franzini was recognized for her contributions to business growth and economic development in the state.  She is a past recipient of: the New Jersey Chapter of NAIOP’s Industry Service Award; the New Jersey Technology Council’s John H. Martinson Technology Supporter Award; the New Jersey Business & Industry Association’s Paul L. Troast Award for her commitment to improving the state’s economy; and the Wharton Club of New York’s Joseph Wharton Award for Social Impact.  She was also honored with the Pinnacle Business Advocate Award from the Chamber of Commerce Southern New Jersey; the EDANJ’s Franklin-Maddocks Award for Excellence in Economic Development; the Distinguished Achievement Award from the Southern New Jersey Development Council; Plan Smart NJ’s Outstanding Leadership & Economic Development Achievement Awards and Monmouth University’s Kislak Real Estate Institute’s Service to the Industry Award.

Prior to joining the NJEDA, Franzini was an Assistant State Treasurer with the New Jersey Department of the Treasury.  Before that, she was employed at the Port Authority of New York and New Jersey and with Public Financial Management.

Besides serving on the board of NJM and NJBIA, Franzini also served on the boards of the: Horizon Blue Cross NJ Foundation; Federal Home Loan Bank of New York; New Jersey Community Development Corporation, NJ Future and the NJ Alliance for Action. She also served as a Visiting Associate at Rutgers University’s Eagleton Institute of Politics.

When interviewed by New Jersey Business Magazine a few years ago when the NJEDA was celebrating its 40th anniversary (she had already left the authority by that time), Franzini said her proudest achievements at the agency were: 1. Building a great team; 2. Seeing the positive changes that have occurred throughout New Jersey, especially its urban centers (thanks to NJEDA initiatives); and 3. Helping build the NJEDA into an institution.

She said: “I am proud [of my legacy at the NJEDA] because the best thing you can do is have a great succession plan, and know that you left an organization strong, and that it is totally in great hands. … That the Legislature asks the NJEDA to run the state’s incentive programs, that the business community looks to the NJEDA to help solve problems … it’s all because of the people who are at the Authority. I am very proud of that.”