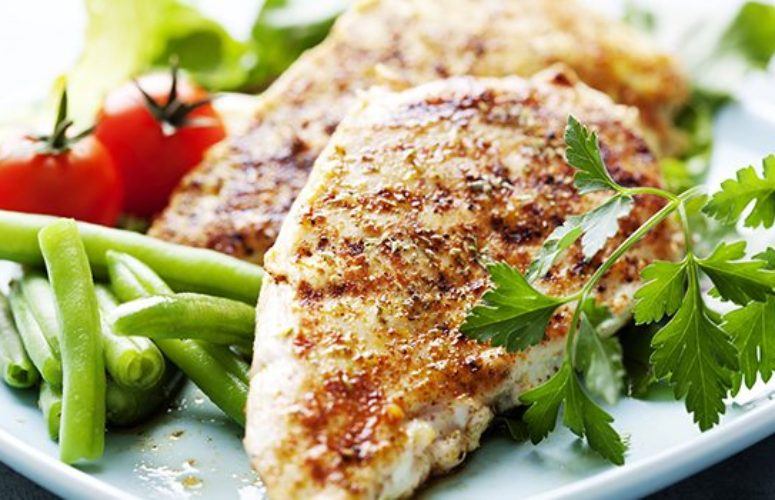 During her address, Orsen noted that New Jersey’s food and agriculture industry is estimated to produce $105 billion in revenues annually. The State is home to more than 1,900 food manufacturing companies employing approximately 31,000 people, according to a Rutgers University study. These numbers do not include the State’s thousands of food-distribution centers, retailers, and farms.

The EDA works in partnership with Choose New Jersey (Choose NJ) and the New Jersey Business Action Center, along with the Office of the Secretary of the Higher Education, to collaborate under the umbrella of the New Jersey Partnership for Action (PFA). Led by Lt. Governor Kim Guadagno, the PFA is the hub for all economic development activity in the State. Focused largely on promoting the food sector in recent years, Choose NJ and the PFA have worked to illustrate New Jersey’s many assets that make the State a natural fit for growing a business.

The EDA’s role in attracting and retaining businesses is to administer financial resources that help companies bridge financing gaps and encourage companies to choose New Jersey over a competing location by making a project more financially viable.

“The fact that so many food-related companies decide to locate and grow here is a testament to the State’s inherent strengths.” Orsen said. “These strengths, combined with the PFA’s proactive support of companies considering New Jersey, help to make this decision an easy one.”

The Grow New Jersey (Grow NJ) program is the State’s primary incentive program for job creation and retention under the Economic Opportunity Act (EOA). Grow NJ provides “per job” bonuses for companies in targeted industries, including manufacturing. Several food manufacturers have benefitted from this bonus, including HelloFresh, a German-headquartered food delivery service, which opened a 44,000-square-foot warehouse in Linden in February 2015. In 2016, the company announced it would open a new 352,000-square-foot distribution facility near Port Newark to accommodate the growth of its fresh meal kit sales. The company expects to add 400 employees to its existing staff of 120 once it settles into its new home.

Ready Pac Foods, which packages and markets an extensive line of fresh cut fruits and vegetables, requires fast delivery to a network of retailers across the US. Easy access to the New Jersey Turnpike was a factor when the business chose to expand its facility in Burlington County in 2015, one of its two New Jersey locations, where it expects to add 80 new jobs and retain 471 jobs at risk of leaving the state for Syracuse, New York.

In Newark, indoor vertical farm Aerofarms has hired approximately 70 employees, many of whom are local residents. The company is in a temporary facility while its new state-of-the-art headquarters in the Ironbound district is under construction. The creation of Aerofarms’ new headquarters in New Jersey was supported by both the Grow NJ and Economic Redevelopment and Growth (ERG) programs. ERG is the primary program for developers under the EOA.

Another company supported by Grow NJ, Quality Packaging Specialists International, held a groundbreaking in August to celebrate its expansion to a new facility in Florence. The packaging and supply chain solutions company expects to create 220 new jobs and retain 170 jobs that were at risk of leaving New Jersey for Pennsylvania.

While Grow NJ tax credits have been effective in driving job creation and private investment in the food industry, many companies are growing with support from traditional EDA resources, such as bonds for manufacturers and loans, guarantees and participations provided directly by the EDA or through EDA’s banking partners. Companies supported by these programs include SLT Foods in South Brunswick, a manufacturer of rice and other ethnic specialties; Adagio Teas, a manufacturer of gourmet teas and tea making accessories in Elmwood Park; and Mi Sono Foods, an importer, distributor, and retailer of Italian Foods.

“While EDA programs may help to make choosing New Jersey a more viable alternative financially, there are many companies that opt to locate here without financial incentives,” said Orsen. “The reasons for food companies to operate and grow here are that compelling.”

Choose NJ hosted a celebration for Zurich, Switzerland-based start-up Flatev, which will establish its first worldwide manufacturing operation at the Rutgers Food Innovation Center business incubator in Bridgeton. Flatev manufactures a household appliance that makes fresh tortillas, pita, roti, and other flatbreads, as well as cookies, with a single-serve dough portion, that is as consistent and easy-to-use as a single-serve coffee maker. Choose NJ facilitated Flatev’s move to New Jersey, including an introduction to the resources available to food companies at the Rutgers Food Innovation Center.

Make Sure Your Business is Prepared for Natural Disasters