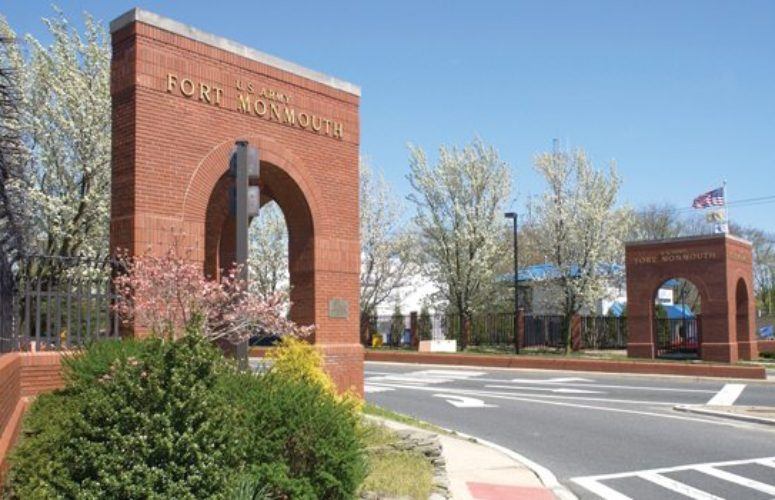 The Fort Monmouth Economic Revitalization Authority (FMERA) has sold Barker Circle to Barker Circle Partnership, LLC (BCP) for nearly $5 million. Barker Circle is an approximately 20-acre site that includes seven buildings, including four that functioned as barracks, as well as Kaplan Hall, the former Army Communications-Electronics Command museum, and the Main Post Fort Monmouth Firehouse. The property is located along Avenue of Memories and Oceanport Way in Oceanport, within the Fort Monmouth National Register Historic District. The sale of the property occurred on Nov. 2.

BCP bought the Barker Circle site for $4.85 million after being selected as the most qualified proposer for the property. The developer’s plans for Barker Circle includes 75 residential units in four barracks buildings, one office building, and a restaurant and arts-related uses in the Firehouse and Kaplan Hall, respectively. All seven buildings will be adaptively reused and are subject to New Jersey’s state historic preservation covenants. FMERA anticipates that BCP will invest more than $22 million on the project, which will result in the creation of 70 construction and/or temporary and 40 permanent jobs.

“Barker Circle sits at the Eastern Gateway to the Oceanport and Eatontown sections of Fort Monmouth. Consisting of 20 acres and some 200,000 square feet of historic buildings, it serves as a pivotal project for the Fort’s development,” said a spokesperson for the Barker Circle Partnership. “The purchasing entity, is bringing plans forward to the Oceanport Planning Board later this month.”

The project is situated at the main entrance on the easternmost side of the Fort and near other completed and planned residential projects. It also sits near a mix of commercial and retail uses, including the Marina, the Park Loft, and the Fort Athletic Club (former Fitness Center).

“The redevelopment of Barker Circle will not only provide premium residential units to a community that is experiencing high demand but will also generate critical tax revenue for the Borough of Oceanport,” said FMERA Executive Director Bruce Steadman. “It will also activate one of the premium sites that once served as a destination for visitors and those stationed at Fort Monmouth.”

Steadman noted that the level of development underway at the Fort is a testament to the continued strength of the market and optimal location of the property within Monmouth County.

“We are excited about BCP’s redevelopment plans for Barker Circle,” said FMERA Marketing & Development Manager Sarah Giberson. “This developer has already made a significant investment at the Fort with The Loft project and we expect to see the same level of attention and considerable ingenuity employed in the redesign of these historic buildings.”

In the past two years, several residential projects have been completed including East Gate and Liberty Walk by RPM Development in Oceanport; Patriots Square and Anthem Place, by Lennar in Tinton Falls. Residential demand at the Fort and within the surrounding communities remains strong.

The redevelopment of Fort Monmouth is a multi-year reinvestment and repurposing of a former military installation that served as the US leader in satellite and telecom technology. The primary goal of the Fort Monmouth Reuse and Redevelopment Plan (the “Reuse Plan”) is to repurpose and return the Fort to a vibrant environment, create jobs, and catalyze economic growth in each of the three host municipalities (Tinton Falls, Eatontown, and Oceanport) and the region. The Reuse Plan strives to balance development with the protection and enhancement of natural resources, while also creating an ecosystem complete with business, culture, and 21st-century living.

The Fort had five million square feet of building area, 70 percent of which is targeted for demolition. Nearly 80 percent of the Fort’s 1,126 acres are sold, under contract, in negotiations, or entering the request for proposals process. To date, FMERA has sold 30 parcels, and another seven parcels are under contract or have Board-approved contracts.

FMERA is an independent State authority established to oversee the redevelopment of the site and the implementation of the Fort’s Reuse Plan, which envisions specific reinvestment that aligns with each community’s economic development goals.

Woman-Owned Salon in Trenton Gets Upgrades with NJEDA Grant Program