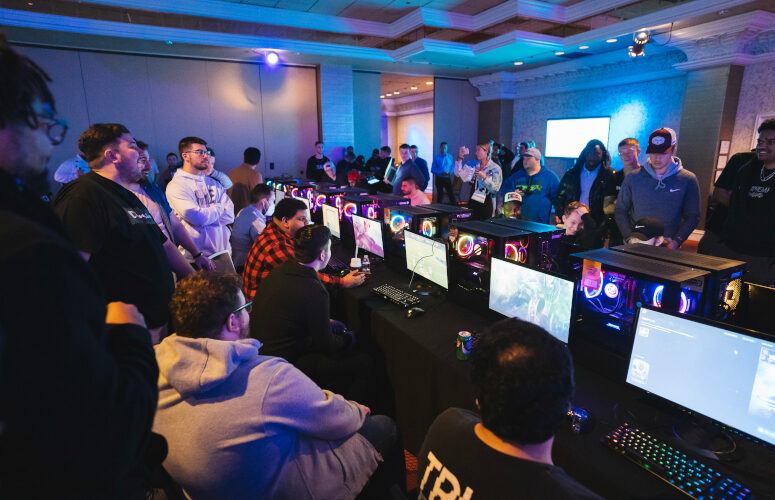 More than 16,000 live viewers watched professional competitors DubDot, Joke, and OneGreatUser play and stream from the event. In addition, more than 100 on-site spectators including representatives from multiple casinos, resorts and professional sports teams attended the tournament.

The event was the debut of EEG’s LANDuel platform, and will be the springboard for more esports betting events and permanent installations at Hard Rock Atlantic City.

“We are delighted to announce this first-of-its-kind tournament, held at one of the top global hotel and casino venues, was a success,” said Grant Johnson, CEO of Esports Entertainment Group. “The strong interest in the event by participants and spectators showcases what we already knew about this industry: esports players are excited for the opportunity to participate in peer-to-peer wagering on a tournament level.”

The tournament was the first esports skill-based wagering event approved by the New Jersey Division of Gaming Enforcement where participants were permitted to wager on themselves in each round of the event. Throughout the tournament, players were able to place bets on their own matches as they tried to make their way to the finals.

“I am honored to have won and be the first LANDuel champion. The entire tournament ran very well, and the team at EEG took care of the players, which means a lot to me,” Jaybird said. “Instant payouts aren’t commonplace in large-scale tournaments, so this is another thing they knocked out of the park. I’m excited to take part in future tournaments and defend my title as LANDuel Champion.”

The event space at Hard Rock Atlantic City also featured a dedicated set of PCs for non-tournament participants to compete in side matches on LANDuel. This gave eligible tournament spectators and casino guests the ability to side-wager in their own matches outside of the tournament.

“We are extremely proud to offer a one-of-a-kind esports wagering experience in partnership with EEG,” said Joe Lupo, President of Hard Rock Hotel & Casino Atlantic City. “We are confident that this innovative and highly regulated partnership will prove to be a success, contributing to our market-leading gaming offerings.”