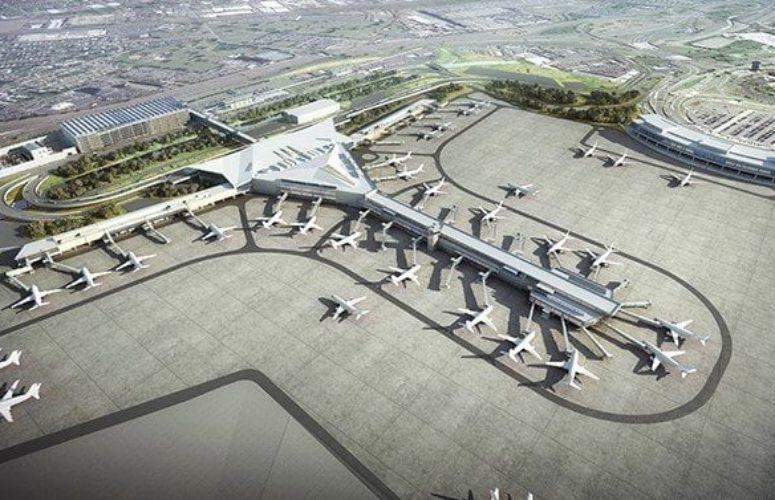 Twenty one gates at Terminal One will open in 2021, with the terminal opening at full capacity the following year. Ultimately, it will feature 33 common-use gates to handle larger aircraft within one million square feet of terminal space, as well as state-of-the-art check-in, security, baggage claim areas and the completion of a new parking facility.

“When we sell New Jersey, we sell talent and location. Location is roads, bridges, rails tunnels, ports and airports – in particular [Newark Liberty International Airport],” Gov. Phil Murphy said. “I can’t tell you how much enthusiasm you get when you have a direct non-stop flight from Mumbai, Delhi, Tel Aviv, Frankfurt or Berlin – that matters. [Terminal One] is a huge step in the direction of a new and improved Newark Liberty that makes that case even more compelling. [Not to mention], Newark Liberty is increasingly the airport of choice for those who want to get to Manhattan.”

Terminal One is expected to generate more than $4.6 billion in regional economic activity, create more than 23,000 job years and provide more than $1.9 billion in wages. The goal is to award certified Minority- and Women-Owned Business Enterprises a significant portion of sub-contract, vendor and consulting work within the project.

Newark Liberty provides jobs for approximately 21,000 people directly employed at the airport. It contributes more than $27 billion in economic activity to the New York-New Jersey metropolitan region and generates nearly 190,000 total jobs and more than $9 billion in annual wages.

Senate President Steve Sweeney added that he is also excited for plans to upgrade the airport’s Terminal B. “You are talking about $4 billion worth of investment to get Terminal One up, and then another $3 billion for another terminal. That’s a lot of jobs for iron workers, carpenters and laborers. The progress so far has been remarkable.”