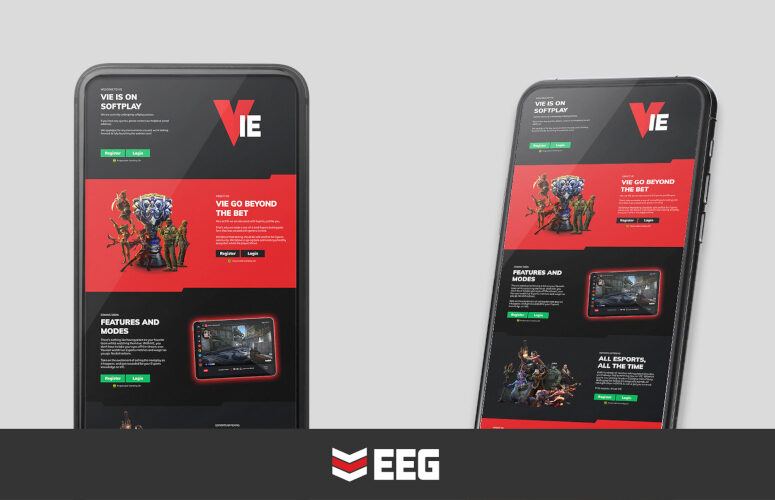 Entering into a five-day, “soft play” period, which begins tomorrow, users will be able to go EEG’s VIE.gg online platform and place bets on esports teams playing some of the most popular games in the esports universe, such as: DOTA 2, Call of Duty, League of Legends and Counter-Strike: Global Offensive. More titles such as Kings League II, the Overwatch League, and FIFA events will be added over time.

Grant Johnson, CEO of EEG, commented, “As far as we know, we are the first esports focused gambling site to go through the regulatory approval process in the North American market. … We believe that being the first movers [in the market] matters.”

The global esports market is expected to be valued at $205 billion by 2027. Its No. 1 demographic users are males age 18-35. According to Johnson, “They participate more in esports gaming than they do watching traditional sports. Because of this demographic, there has been huge interest in companies such as ours that want to offer gambling for that group.”

EEG brings six years of operational expertise to the New Jersey market. Founded in Nevada, it has since expanded into many European countries. Because of federal gaming regulations, it had to establish a New Jersey presence in order to offer esports betting in the Garden State.

Johnson hopes that in its first year, the company will generate $1 million to $2 million in revenues in the state. That’s a conservative estimate, he says, adding that there are tens of thousands of fans in the New Jersey marketplace currently betting on offshore esports sites. “We hope to bring that traffic back to the regulated market. It’s both for the protection of the [user] and for the benefit of the state,” he said.

During the soft play period, certain limitations are applied to the online experience to ensure proper regulatory operations. Hours will be limited as well as the number of people allowed to bet. “We will be controlled to 100-200 signups per day,” Johnson explained.

He added that the DGE’s regulatory process is the “gold standard” in the American market. For online gaming companies, senior managers and shareholders of such businesses must submit personal information, tax records, be fingerprinted, and undergo police background checks, Johnson explains.

An online gaming company then has to secure a commercial relationship with a land-based holder. In EEG’s case, it is Bally’s Atlantic City Hotel & Casino.

The company then must undergo a series of software application stress tests, both by the DGE and the land-based operator.

Johnson commended New Jersey for being the first to enter the esports wagering market. “We are excited about this,” he said. “It’s been a long process – about 14 months since we started – but we are thrilled to be playing such an important role … with the launch of our first wagering offering.”

NJ Employers Add to Payrolls for 5th Straight Month in May