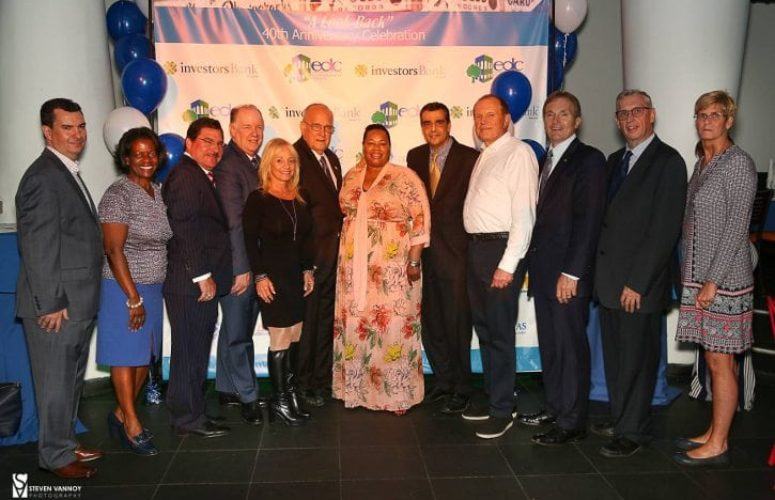 Founded in 1977, the EDC is a non-profit organization that works with the city and mayor to promote economic revitalization and helps the city’s neighborhoods thrive. EDC has managed and contributed to a tremendous amount of highly successful economic revitalization programs. For example, projects like HOPE VI in Elizabethport transformed that community into a vibrant neighborhood with new housing, a senior center and a community service center.

Also, the Neighborhood Revitalization Tax Credit Program (NRTC) offers firms a 100 percent tax credit against various New Jersey state taxes. Credits are provided to business entities that invest in the revitalization of low- and moderate- income neighborhoods. Specifically, these NRTC funds are used for activities related to the development of housing and economic development. Firms benefit from the NRTC by allowing them to make investments that are used, by EDC and its partners, to build new community, cultural, and healthcare centers, as well as parks, and affordable housing.  An additional benefit to the community are the careers and good jobs that are created with these new investments.

“These investments transform neighborhoods while improving the local economy and quality of lives for residents,” states Bill O’Dea, Executive Director for the EDC.

In addition, EDC’s contribution to Elizabeth’s revitalization is through its many financing tools and options that usher projects from the proposal stage to reality.  EDC has generated more than $1.5 billion in new economic investments.

EDC also manages the city’s UEZ program, which is an award-winning model and today it operates as one of the most effective economic development programs in the state and in the nation.  By leveraging financing from the UEZ, the New Jersey Economic Development Authority and private lenders, EDC provides loans for both small and large commercial or industrial projects.  For example, EDC and the city contributed millions of UEZ dollars to support the infrastructure of The Mills at Jersey Gardens. This project has generated over $120 million in revenue for the City of Elizabeth and has created over 3,000 jobs in a variety of retail, administrative, security and service positions.

“Proudly, among our many accomplishments include working with the city to bring Jersey Gardens Mall to Elizabeth, the number one tourist attraction in the state, which attracted almost 20 million visitors in 2016,” states Bill O’Dea, Executive Director for the EDC.

EDC honored several leaders, including State Senator Raymond Lesniak, who received the lifetime achievement award. “He was instrumental in many of the state economic development legislative initiatives that enabled projects like the Jersey Gardens Mall to happen,” commented O’Dea.

In addition, EDC gave Special Recognition Awards to two former employees. For over 26 years, Fatimah Raymond worked at EDC in several capacities, all of which were management level positions.  She served as the Director of Neighborhood Revitalization and was responsible for the administration and coordination of the Strategic Community Revitalization Plan. The second award was presented to Mario Rodrigues who served for over 20 years in various capacities at the Elizabeth Development Company, including as the Urban Enterprise Zone Director.