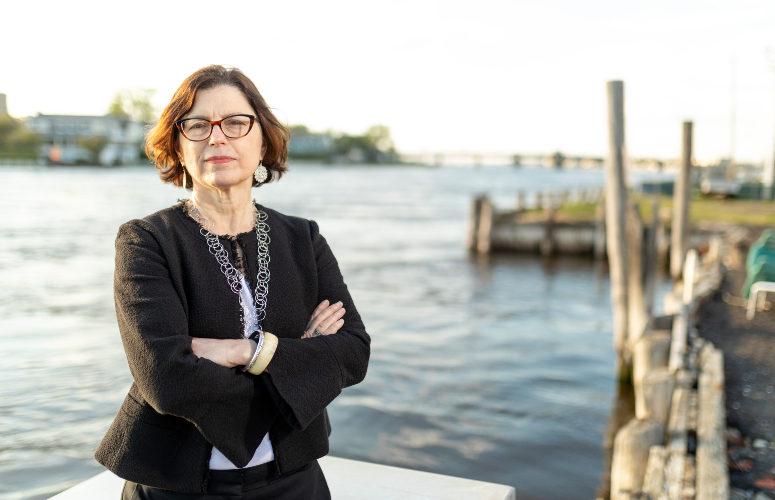 Americans cannot escape the 24/7 news cycle concerning COVID-19-related infections, deaths, business closings, job losses and stimulus packages. Today, however, marks the 50th anniversary of Earth Day, and according to the Earth Day Network website, more than a billion people around the globe are noting this milestone via online celebrations, calls to action, performances, and messages.

The first Earth Day (on April 22, 1970) marked the birth of the modern environmental movement, when approximately 20 million people across the US celebrated it at that time, according to the Network’s website. On that day, the New Jersey Department of Environmental Protection was established. By the end of the year, the US Environmental Protection Agency was created, and the country saw the passage of the National Environmental Education Act, the Occupational Safety and Health Act, and the Clean Air Act. The Clean Water Act passed two years later.

Karen O’Neill, an associate professor in the Department of Human Ecology in the School of Environmental and Biological Sciences at Rutgers University, explains that the first Earth Day celebration brought together a diversity of interests and causes.

On that day, individual groups protesting, for example, oil spills, raw sewage, factory pollution, toxic dumps, pesticides, the loss of wilderness, and wildlife extinction united around shared values. Earth Day was and remains, according to O’Neill, the creation of “synthetic thinking” where ideas are not “promoted by just a handful of people.”

By 1990, Earth Day became a global celebration, with more than 200 million people in 141 countries mobilizing in the environmental fight. That year’s event gave a boost to worldwide recycling efforts. In 2000, global warming and the push for green energy were at the forefront of that year’s celebration.

According to the Earth Day Network, this year’s focus is still combating climate change. According to the organization, “Disillusioned by the low level of ambition following the adoption of the Paris Agreement in 2015 and frustrated with international environmental lethargy, citizens of the world are rising up to demand far greater action for [the] planet and its people.”

Commenting on the impact of global warming through the years, O’Neill comments,  “It is difficult for humans to think long term. We are used to making decisions about our small world, but we are not so used to making policies that bring a bunch of things together at once.”

As an example, she says the Clean Air Act is an inadequate tool for addressing climate change because “there are all sorts of things that impact climate change that can’t be regulated through a single piece of legislation.”

Meanwhile, she teaches her students that businesses are not always against environmental regulations, but they want  “as much certainty as they possibly can get in a competitive environment. … If one state’s laws are more lax than another’s, then businesses will find it difficult to compete across state borders.”

On balancing business and environmental concerns, O’Neill says, “We have posed the economy as separate from the environment, rather than seeing the environment as the underlying condition that makes all human activity – including economic activity – possible.”

Commenting on the current COVID-19 pandemic, O’Neill says that novel viruses that appeared, such as SARS, MERS, HIV, Ebola, “have to do with large numbers of people coming in contact with populations of wild animals and the viral load of bacteria these animals have that are unfamiliar to humans. It’s all a matter of exposure. We are, for example, cutting down the rain forests. In effect, there is more chances of humans being exposed to, for example, bats [in those forests] that apparently have a lot of interesting viruses in them.”

O’Neill concludes that realizing the biggest achievements in protecting the environment are in the hands of individuals: “Whether it’s consumers, voters and/or politicians, it is all a mosaic.”