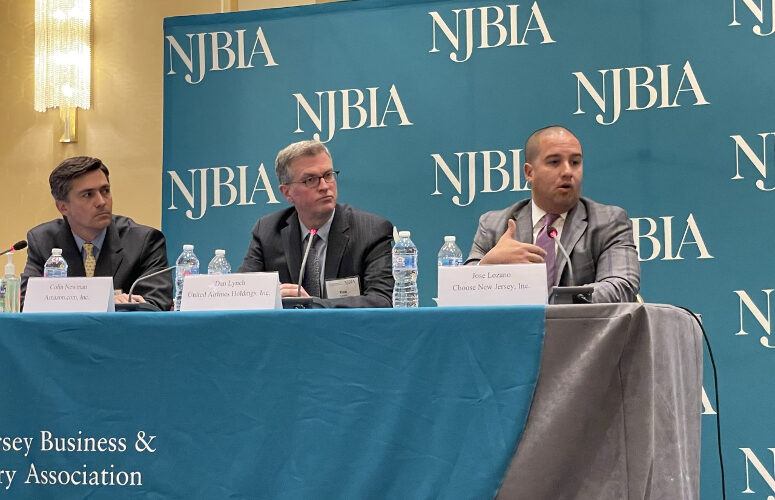 According to the U.S. Bureau of Labor Statistics, October marked the tenth consecutive month of nonfarm job gains in New Jersey. The state’s private sector employers added more than 38,000 jobs during the past two months, and overall, New Jersey has now recovered 512,900 jobs, or about 72%, of the number of jobs lost in March and April 2020 due to the impact of the COVID-19 pandemic.

Despite these gains, there does remain a disconnect when it comes to the state’s unemployment rate, which currently sits at 7%, well above the national average of  4.6%, and the number of job openings in the state, of which there are approximately 300,000.

There are a host of reasons as to why people aren’t going back to work, including child care concerns and now-expired unemployment benefits, but the overall feeling among panelists at the New Jersey Business & Industry Association’s (NJBIA) 2022 Public Policy Forum is that over time, more people will end up reentering the workforce as the state continues to recover from the effects of the pandemic.

“There is still a level of optimism,” said Choose NJ President and CEO Jose Lozano, during a panel discussion at NJBIA’s Public Policy Forum, held at the Delta Hotels by Marriott Woodbridge. “We still have a significant number of companies coming to New Jersey, and still hiring and adding more jobs.”

He said that New Jersey’s well-documented benefits such as its desirable location and highly educated workforce remain attractive to companies despite the state’s current unemployment rate, and, more importantly, its high taxes.

Dan Lynch, vice president state and local government affairs at United Airlines, echoed this optimism, and said that while his airline was hit hard during the pandemic, he believes that his company will continue to grow.

“We have hired for roles at Newark Liberty International Airport and we have not had a problem filling those positions,” Lynch said.

United has also been aggressive in its long-term vision, announcing the United Next program this past summer, in which the airline will purchase more than 270 new airplanes and hire people to staff them.

Lynch projects that the program will lead to 5,000 new jobs in New Jersey over the next five to six years.

Of course, attracting employees in today’s job market requires more than just providing them with a job. Higher salaries and robust benefits remain vital tools for employers to attract talent.

New Jersey’s largest private sector employer, Amazon, recently said it is boosting its average starting wage to $18 an hour for 125,000 new hires in the US in transportation and fulfillment jobs. Some locations are also offering sign-on bonuses of up to $3,000. The roles also provide full-time workers with health, vision and dental insurance, as well as a 401(k) and up to 20 weeks paid parental leave. The company also said it will pay full college tuition for its 750,000 U.S. hourly employees starting in January.

“Flexibility in its many forms is the name of the game,” added Colin Newman, director of public policy at Amazon. This includes flexible hours, the ability to choose one’s schedule, and work from home and hybrid options.

Newman said that Amazon recently launched its FamilyFlex program, which gives employees the ability to swap shifts at any time and create custom schedules via an app and website. The program was created from direct feedback from employees.

Moving forward, uncertainty remains the biggest hurdle for both employees and businesses alike.

“What businesses are looking for from their government is stability and predictability,” Lynch said.

That being said, the current climate doesn’t appear to be deterring companies from taking an interest in the Garden State, at least according to Lozano.

“If you just look at it on paper, from a Choose NJ perspective, all the companies that we are having conversations with and the companies that have committed to come to New Jersey, you would never know that there’s a pandemic currently happening,” he explained. “Choose NJ will have one of its most successful years that it has had in 10 years of companies committing to come to New Jersey.”

DOL Partners with Industry Leaders to Advance Manufacturing in NJ