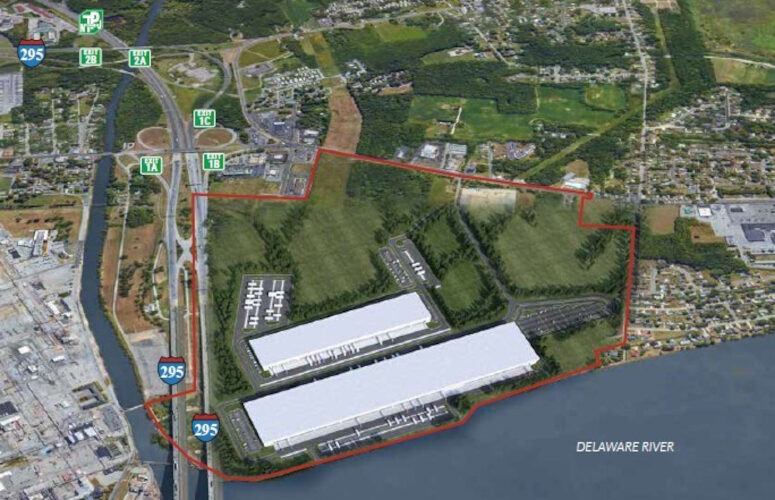 Deepwater Investment Group (D2), an affiliate of the D2 Organization, announced the sale of Garden State Logistics Park in Salem County. The 282-acre site was purchased through a joint-venture between CT Realty & PGIM and will be home to a Class A modern logistics park, which will include a 1.2-million-square-foot building and another 525,000-square-foot building with ample car and trailer parking.

“A lot of people thought we were early on Salem County when we began redeveloping the site four years ago,” said Keith Delaney, CEO of D2 Organization. “But we were confident that tenants and investors would be attracted to the site’s unique attributes.”

Formerly a coal-fired power plant, the site sat defunct until D2 approached generation company Calpine about redeveloping the site. The location on the water, surrounded by a strong labor force, and access to major transportation assets made the site ideal. And while the former heavy industrial use posed remediation and entitlement challenges, the existing infrastructure and utilities were a positive differentiating factor compared to greenfield space in the county that may not have sewer hookups or roads that can handle large trucks.

“The site was extremely complex,” said Dan McGreevy, Executive Vice President of D2. “We had to come up with a remediation plan, work around wetlands and transmission lines, secure a PILOT agreement, and gain final approvals.” D2 worked closely with local and state officials and received final approval and permits from the county, the state Department of Environmental Protection, and the Department of Transportation.

The site is located at 373 N. Broadway in Pennsville, at the base of the Delaware Memorial Bridge. The strategic hub is approximately one-half mile south of the Interstate 295 and Route 130 interchange, which offers immediate connectivity to the New Jersey Turnpike and Interstate 95. The site is within 30 minutes to the burgeoning Philadelphia, Southern NJ, and Northern DE markets. For companies that require access to New York City, Baltimore, and Washington D.C. Garden State is within a short 2-hour drive.

CBRE’s National Partners team led by Brian Fiumara represented D2 in the transaction. The Southern NJ/Eastern PA MSA has become the 2nd largest big-box region in North America with over 493 million square feet of total inventory. “Rents in South Jersey continue to climb exponentially, which is just one of the reasons why investors remain attracted to the region,” said Fiumara. “With another 5 million square feet of active development projects in the region, D2 is well positioned to benefit from the strong tailwinds in the South Jersey industrial market.