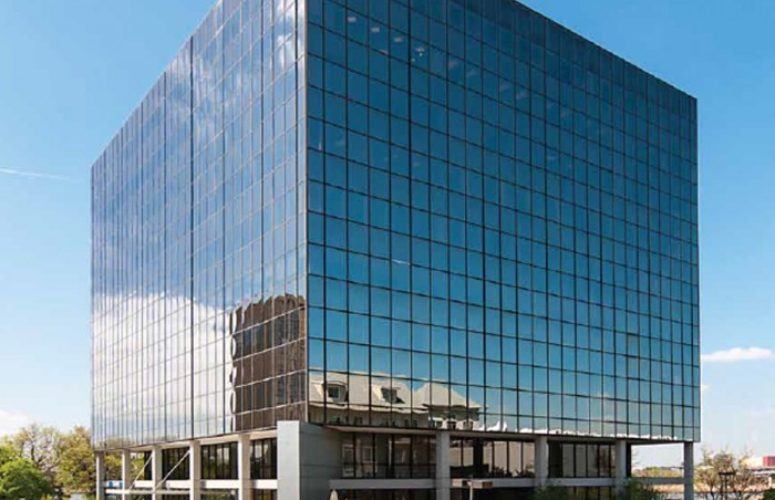 Active leasing continues at One Harmon Plaza in Secaucus, with three additional firms joining the tenant roster at the 192,000-square-foot, Class A office building. The commitments mark more than 46,000 square feet of new tenant activity since the property changed hands in February, according to Cushman & Wakefield’s David DeMatteis.

Recently, the company expanded its space by an additional 2,665 square feet.

“The motivations behind these firms choosing One Harmon Plaza point to the building’s distinguishing attributes,” DeMatteis said. “The track record and dedication of its ownership, the image and flexibility of its accommodations, and its prime location and easy access in the heart of the Meadowlands are quickly and resoundingly putting One Harmon Plaza back on the map.”

One Harmon Plaza is located in the Harmon Cove business park, along the New Jersey Turnpike/I-95 at Exit 16W, just seven miles from New York City. Shuttle service links the park directly to Secaucus Junction station. Tenants benefit from structured parking and onsite services, along with neighborhood dining, retail and lodging. Cushman & Wakefield is marketing several remaining opportunities at the building, including one contiguous block of 48,000 square feet with striking Hackensack River views. The opportunity for building-top signage facing the Turnpike and Route 3 also is available for a large user.  Known for its distinctive cube-shape design and mirrored glass façade, One Harmon Plaza was constructed in 1978 by Hartz Mountain Industries and originally served as that company’s headquarters. It features high visibility from the Turnpike, as well as panoramic views of the Manhattan and Newark skylines, and the New Jersey Meadowlands. The iconic, 10-story building fronts on the Hackensack River.