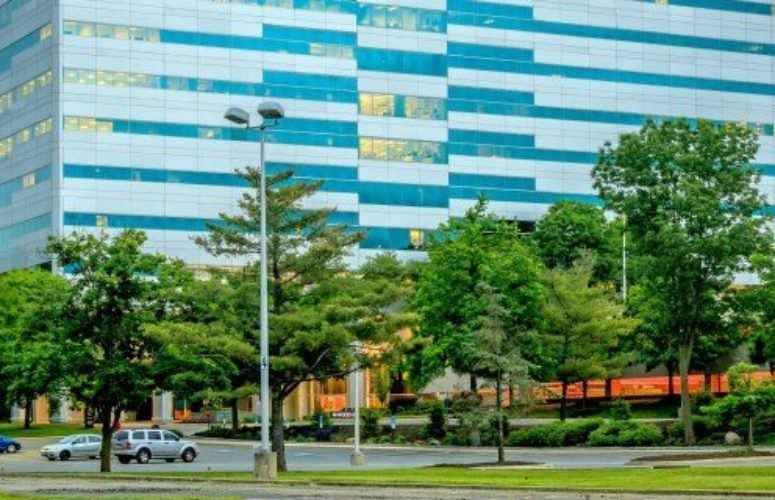 With high visibility from the Garden State Parkway, 99 Wood Avenue South benefits from its transit hub location at the crossroads of the Garden State Parkway, NJ Turnpike, routes 1, 9, and 440, and I-287. The owner recently invested approximately $3 million in building renovations and system upgrades at 99 Wood Avenue South. The 10-story office tower’s market-leading features were recognized with the 2012 TOBY Award (The Outstanding Building of the Year).

At the time of the sale, 99 Wood Avenue South was 91 percent leased, with proposals out to fill the balance of the building. Its roster contains a mix of large and small tenants ranging from full-floor users to units as small as 1,700 square feet, with well known names including Ernst & Young, Citibank, M&T Bank, and Greenbaum, Rowe, Smith & Davis.

According to Bernhaut, robust interest from institutional buyers speaks to the competitive positioning of 99 Wood Avenue South – as well as its neighborhood. “The Metropark submarket is recognized as being among the best highway and mass transit served office locations in the state,” he noted. “And while the market struggled through the recession, it clearly has rebounded. Occupancies have tightened, and rental rates have come back. As tenant demand outpaces supply, investor appetite has strengthened considerably.”