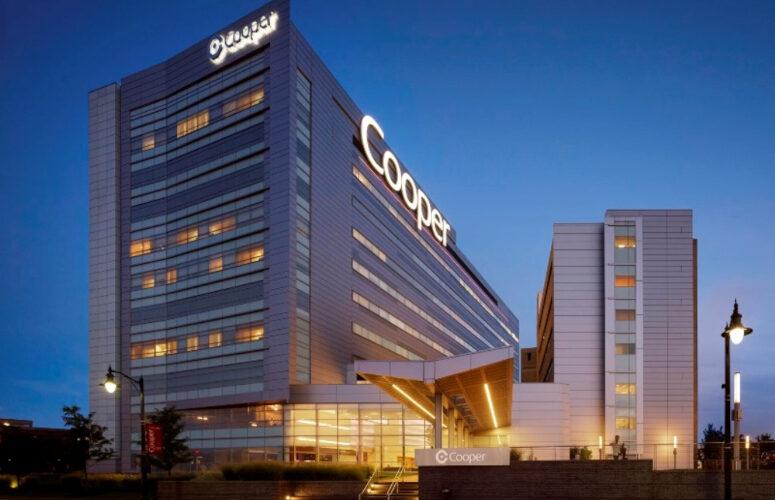 Cooper University Health Care is celebrating its 135 years of providing high-quality, compassionate care to the residents of Camden and all of southern New Jersey.

“Over the past 135 years, Cooper’s transformation from a community hospital to a major academic health system has been remarkable, with Cooper now serving as South Jersey’s only Level 1 Trauma Center and the region’s leading cancer center, MD Anderson Cancer Center at Cooper. While today’s Cooper might be unrecognizable to the first doctors and nurses who provided care here, what has remained unchanged is Cooper’s commitment to service, health, and education,” said George E. Norcross III, who joined the Board of Trustees of the Cooper Health System and Cooper University Hospital in 1990, following his father’s board service, and became Chairman in 2006.

It was on Aug. 10, 1887, that Cooper first opened its doors to the Camden community as a 30-bed hospital with eight physicians (four medical doctors, four surgeons), treating seven patients over the first two days. Since those early days, Cooper has grown into a leading academic health system with more than 8,900 employees, 1,600 nurses, and 850 physicians practicing in more than 75 specialties.

“Today is a celebration of all the professionals who have served at Cooper over the last 135 years. Cooper has grown into an elite, nationally recognized academic health system, and this amazing transformation could only have been achieved through the tireless efforts of dedicated and committed team members,” said Kevin O’Dowd, JD, co-CEO of Cooper. “Today, we simply say thank you to all those who have served on the Cooper team.”

“As a practicing emergency medicine physician, I marvel at the medical progress we’ve seen over the 135 years of Cooper’s existence,” said Anthony J. Mazzarelli, MD, JD, MBE, co-CEO of Cooper. “One constant, however, has been steadfast devotion of the clinical teams over the years to provide quality and compassionate care to those in need. We’re excited about Cooper’s future and we thank everyone who has come to trust us for their health care needs.”

Cooper also continues to expand its reach across southern New Jersey with three urgent care centers, an ambulatory surgery center, and more than 105 outpatient offices with major multispecialty hubs in Cherry Hill, Voorhees, Washington Township, and Willingboro. Next year, Cooper will open its largest multispecialty ambulatory center to date in the old Sears building at the Moorestown Mall.

As an anchor institution in the City of Camden and the largest employer in both the City and County of Camden, Cooper also plays an important role in the local economy. In addition to providing for the health care needs of the community, Cooper has invested in housing redevelopment, education, job training, youth athletics, and other community benefit programs throughout the years.

Cooper at a glance today*: