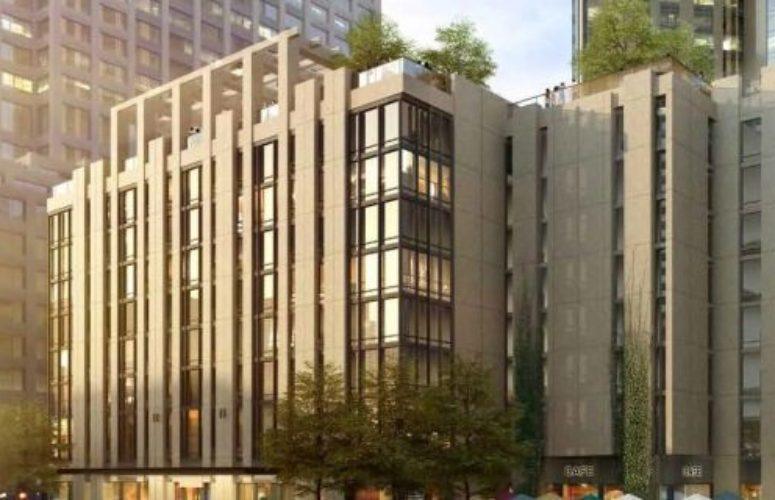 Already home to seven of the state’s 10 tallest buildings, the City of Jersey City announces an ambitious plan for a 95-story residential tower that, at 950 feet, would be “by far the tallest building in New Jersey, dramatically remaking the Jersey City skyline,” according to Mayor Steven M. Fulop.

With 760 condominium units, the development, by China Overseas America, Inc. at 99 Hudson Street, is also the most significant condo project ever in the State, illustrating the strength of the Jersey City housing market and demand for homeownership. The project will also include approximately 18,000 square feet of commercial and retail space, and provides for additional public spaces and plazas, including 7,365 square feet of passive park space.

“This is another milestone moment for Jersey City,” said Mayor Fulop. “Our plan here is to continue building a world class skyline and to continue leading the region in job creation with projects like this, and we couldn’t be more excited to attract hundreds of millions of dollars of investment into the city. This project is going to further put Jersey City on the map.”

Currently, the tallest building in New Jersey is in Jersey City – the Goldman Sachs tower at 781 feet at 30 Hudson Street. Trump Plaza, at 532 feet, is the State’s tallest residential building and is also in Jersey City.

One of the three towers being developed as part of the Journal Squared Project by KRE is expected to be the second tallest residential building in the State behind 99 Hudson at 729 feet when completed.

“The real estate market in Jersey City continues to grow at an unprecedented rate,” said Linda Cantatore, President of the Liberty Board of Realtors. “Jersey City is the place more and more people are choosing to live, and as this project demonstrates, there is a demand for both rental and condominium properties. This development will be a catalyst for even more condo projects as we see an increased demand for homeownership.”

The Planning Board will vote on the redevelopment plan change Tuesday night before heading to the City Council for approval. The Planning Board would then vote on final site plan approval, with China Overseas America, Inc. anticipating construction to commence late spring.