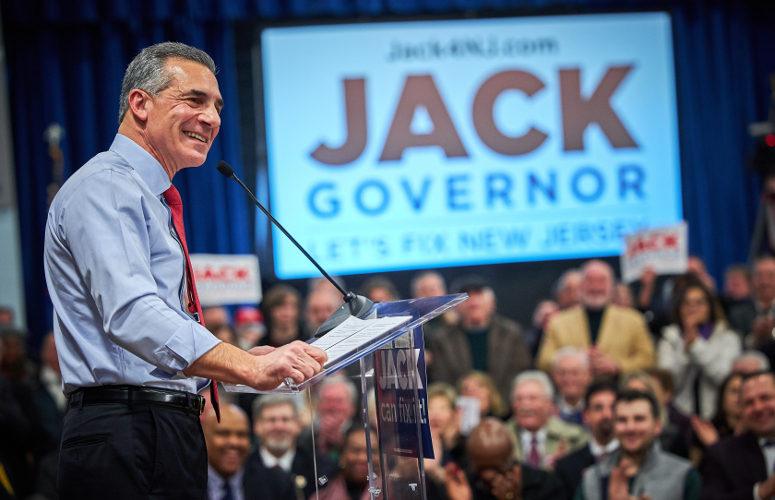 Jack Ciattarelli became the first Republican candidate yesterday to challenge Gov. Phil Murphy in next year’s gubernatorial race. The former assemblyman, who lost the Republican gubernatorial primary to former Lt. Governor Kim Guadagno in 2017, made his announcement to a crowd of supporters at the John F. Kennedy School in Raritan, Somerset County, where he outlined priorities such as lowering property taxes by changing the state’s school funding formula, growing the economy by reforming the tax code, rolling back burdensome business regulations, cutting state spending, streamlining government, and reforming the civil service system.

He said that as governor, he would call for a state constitutional convention, commenting that, “Our 1947 State Constitution does not fix what is broken in New Jersey. We can’t afford to let the courts [make decisions] any longer. A perfect example of this is the way the state funds schools and affordable housing. We need a constitution that addresses today’s realities.”

If the Legislature isn’t cooperative, Ciattarelli said he would also push for initiative and referendum. “Let’s empower the people to decide for the changes we desperately need in the state that will provide real opportunities for the middle class, the working poor, minorities, those in the trades and college graduates,” he said.

Spotlighting a number of other problems in the state, he told the audience: “Companies are leaving because our business climate is ranked the worst in the country. Year-over-year, our economy lags [behind] that of the nation’s. We are dead last in job growth, wage growth and fiscal health. We have the dubious distinction of being No. 1 in outmigration. Of the residents who remain, nearly half want to leave because of our high taxes and the cost of living. … We need bold leadership that identifies with everyday New Jerseyans. We need leadership that understands what is broken in New Jersey and how to fix it.”

Ciattarelli also promised to improve healthcare, repair the state’s decaying water infrastructure, roads, bridges and mass transit systems, and protect the environment. He also said that, if elected, he would work with New Jersey’s Congressional delegation to bring more federal tax dollars back to the state.