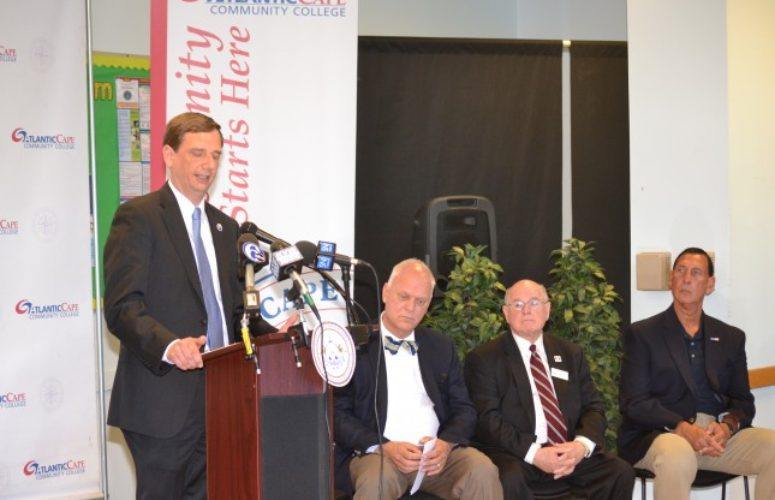 The Christie Administration launched its Atlantic City Re-employment initiative using a $29.4 million National Emergency Grant award it received from the US Department of Labor to provide comprehensive re-employment and retraining assistance to displaced workers impacted by the casino closings in Atlantic City last year.

“My department put the National Emergency Grant to use quickly setting up staff in partnership with Atlantic Cape Community College at their campus in Atlantic City,” said Commissioner Harold J. Wirths of the New Jersey Department of Labor and Workforce Development. “This grant allowed us to build on our previous efforts to assist a greater number of displaced casino workers. My department remains committed to assisting every worker who has been laid off as a result of last year’s casino closings.”

The initiative focuses on preparing displaced workers for jobs that are in demand by regional employers through partnerships with local workforce investment boards, community colleges, employers, industry associations and New Jersey’s Talent Networks.

Deputy Commissioner Aaron Fichtner of the New Jersey Department of Labor and Workforce Development, who participated in the event, said, “It is great to be here with representatives from different levels of government. Implementing this initiative is no small task and we are fortunate to have so many committed partners.”

Workers impacted by layoffs from the Revel, Trump Plaza, Show Boat and Trump Taj Mahal casinos, including restaurants and businesses located inside those casinos, are currently participating in small group orientation sessions and individualized re-employment and training sessions. To date, the Atlantic City Re-employment initiative has held more than 80 orientation and eligibility sessions, serving more than 900 unemployed workers.

The Christie Administration has been on the scene assisting workers since before three Atlantic City casinos ceased operations last summer through the Department of Labor’s rapid response services. The Department of Labor also hosted its largest single career fair at the Atlantic City Convention Center on Sept. 10, 2014, when more than 1,500 job-seekers turned out to meet with 60 employers looking to fill about 1,500 positions.