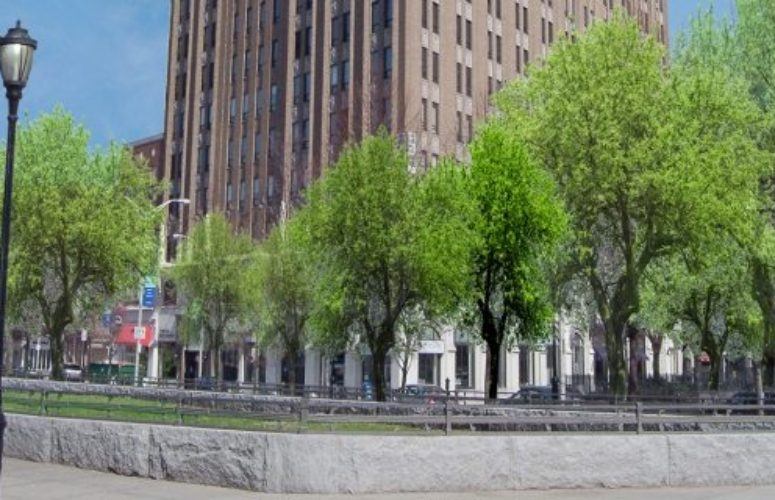 Building on the Christie Administration’s commitment to spur economic investment, job creation, and create opportunities in the New Jersey’s urban centers, the New Jersey Economic Development Authority (EDA) today approved assistance for significant projects bringing large-scale investment to some of New Jersey’s largest cities, including Camden, Newark and New Brunswick.  As part of EDA board’s actions today to approve a range of programs, including tax incentives, loans, and bonds that span Northern, Central, and Southern New Jersey, EDA approval was given to two awards totaling nearly $160 million to support world-class businesses in the City of Camden, including the relocation, retention, or creation of nearly 1,000 jobs from Subaru of America and Cooper Health.

“Thriving cities are the heart of the State’s economy,” said EDA CEO Michele Brown. “The projects approved today will help to spur growth in communities that have historically suffered from disinvestment and create new job opportunities for residents.”

Among the actions taken at the Board meeting, the EDA approved four projects in Newark, which involve the creation of a total of 340 new, full-time jobs and 350 construction jobs.

An award of up to $40 million over 10 years was approved through the residential Economic Redevelopment and Growth (ERG) program to advance the $170 million rehabilitation of the historic building which formerly housed Hahne & Company.  The project aims to energize the community with new residential, academic and retail space, including a Whole Foods Market and a new home for Rutgers University’s Department of Arts, Culture, and Media.

A commercial ERG of up to $2.2 million over 20 years was approved to support the $25 million redevelopment of a vacant warehouse in Newark’s Ironbound community.  Aerofarm is contemplating establishing its manufacturing operations in the facility, where it seeks to create the largest aeroponic farm in the world.  The facility also would serve as the company’s headquarters and R&D center.  Aerofarm was approved for up to $6.5 million in tax credits over 10 years through the Grow New Jersey Assistance (Grow NJ) Program to encourage the company to choose Newark over a competing location in Philadelphia.

The Board also approved assistance to help bring NJTV to the City of Newark. With the support of a $1.25 million loan through the EDA’s Direct Loan Program, Public Media NJ, Inc. will move to space at the Gateway Center.  EDA offers low-interest loans to eligible small and mid-size businesses, as well as not-for-profit organizations, for fixed assets or working capital.  Public Media will use its loan to acquire equipment and renovate the space.

Just north of Newark, a $684,000 direct loan will help establish a recording and filming facility in Union City for Water Music Recorders, Inc. Plans for the building include nine studios and two residential units.  The loan will help the related real estate entity acquire the 32,000-square-foot building.

In nearby Bayonne, manufacturer AP&G Co. was approved for up to $10 million in tax-exempt bonds to support the purchase and renovation of its new headquarters, as well as the acquisition of machinery and equipment.  AP&G was previously approved for a Grow NJ award to encourage the company to relocate from Brooklyn. The EDA offers tax-exempt bond financing to eligible manufacturing companies and not-for-profits to provide access to capital and enable entities to borrow money at a lower cost.

Considering a move to New Brunswick, Florida-based Radical Cosmetics was approved for a Grow NJ award of up to $2.25 million to encourage the company to relocate its manufacturing business and 30 jobs to the State.

With an expansion of its business model, healthcare service provider PATHS, LLC is considering the purchase of a new facility in Pennsauken or growing its operations in Allentown, PA. A Grow NJ award of up to $3.28 million will help encourage the company to choose New Jersey, leading to the creation of 40 new jobs and the retention of 40 “at risk” jobs.

Additionally, Grow NJ awards were approved to encourage significant investment in the City of Camden. Subaru of America was approved for up to $117.8 million to establish its new headquarters and service/training center in the City over a location in Philadelphia. This project involves the creation of 100 new jobs and the retention of 500 “at risk” jobs.  Cooper Health is considering expanding its footprint in the City by consolidating back office operations from various locations to one Camden facility rather than relocating these operations to Philadelphia. Cooper was approved for up to $39.9 million in tax credits. The project involves the retention of 353 “at risk” jobs and the creation of 19 new jobs.

The Board also approved $500,000 for Trenton-area Regional Business Assistance Corporation (RBAC) through the Loans to Lenders program, which offers capital to financial intermediary organizations who can effectively reach small businesses in local markets. These organizations have the ability to offer term loans and lines of credit to micro-enterprises and small businesses not qualified for traditional bank financing.

EDA Board meetings are typically held at 10 a.m. on the second Tuesday of each month at 36 West State Street in Trenton.  The Board meeting schedule, as well as Board agendas and minutes, are available at www.njeda.com.  All Board actions will take effect at the expiration of the statutory period for the Governor’s review and consideration of the meeting minutes.

The EDA is part of the State’s results-driven Partnership for Action, the hub for all economic development activity in New Jersey. The Partnership is comprised of four interconnected and highly focused organizational elements: Choose New Jersey, the Business Action Center, the Office of the Secretary of Higher Education and the EDA.

New Program Will Provide Grants and Mentorship to First-Time Entrepreneurs