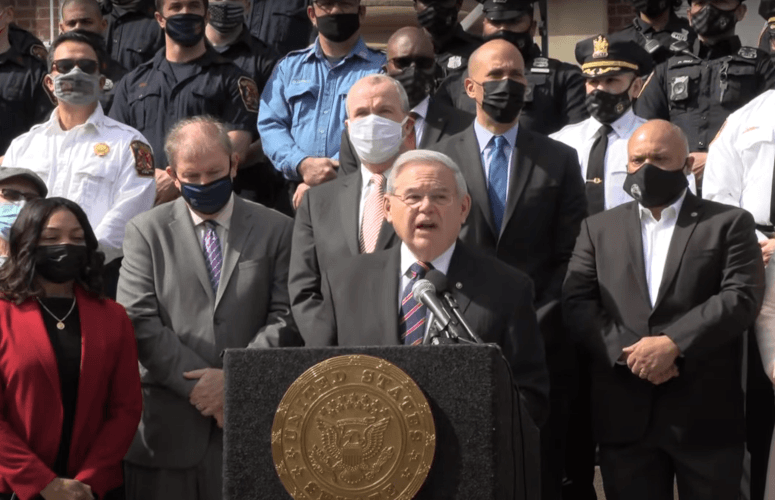 The package, which Senator Booker called the “greatest piece of legislation created in response to the worst crisis we have ever seen in our lifetime,” is delivering more than $10 billion in aid to the state.

According to Senator Menendez, this will entail $6.4 billion directly to the state, $1.8 billion to be split among county governments, and $1.74 billion to be divided among New Jersey’s 565 municipalities. This money is part of the total $350 billion the Rescue Plan will give to state and local governments throughout the nation.

The legislation will also deliver $1,400 in stimulus payments to US residents, with some electronic payments expected to begin as early as this weekend. The rollout of the payments, made through the Internal Revenue Service, will be made via direct deposit or check in the mail.

In the new package, people who claim dependents 17 years of age or older on their tax returns will receive an additional $1,400 per dependent. This includes, for example, 13.5 million college students, older adults, and children of all ages with certain disabilities.

“In the coming weeks, more than $9.5 billion in stimulus checks will flow to approximately 3.7 million households across New Jersey,” Menendez said.

He added that the plan is also “the biggest and most audacious” anti-poverty initiative the US has undertaken in generations.” The legislation increases the child tax credit up to $3,600 (from $2,000) for each child under 6 years of age. For people with children ages 6 to 17, the credit is $3,000 per child.

Menendez credited Booker for being “laser focused” in this particular area of the plan, saying it will lift 10 million children out of poverty, including an estimated 90,000 in New Jersey.

For the unemployed, the bill includes an additional $300 billion for weekly unemployment benefits ($300 per week) extended through Sept.6. The federal benefit had been scheduled to expire this Sunday.

Meanwhile, approximately $50 billion has been dedicated to small businesses nationally, including $7.25 billion for the Paycheck Protection Program (PPP). Small and mid-sized restaurants are expected to share in approximately $25 billion in relief money.

According to the US Small Business Administration, the new package also includes:

The two Senators decided not to attend a ceremonial signing of the legislation at the White House because, as Booker put it: “We wanted to stand here with you … because this bill is about us! … It is our tradition in America that when we are hurting or in pain … we don’t turn against each other, we turn to each other.”

Murphy thanked Menendez and Booker and members of New Jersey’s Congressional delegation who helped craft and voted in favor of the bill.

The governor added, “New Jersey was the very last state in the nation to recover from the Great Recession more than a decade ago. I commit to you today, on behalf of my administration – in working with our federal partners – that New Jersey will be the No. 1 state to recover from this pandemic. … You have my word!”