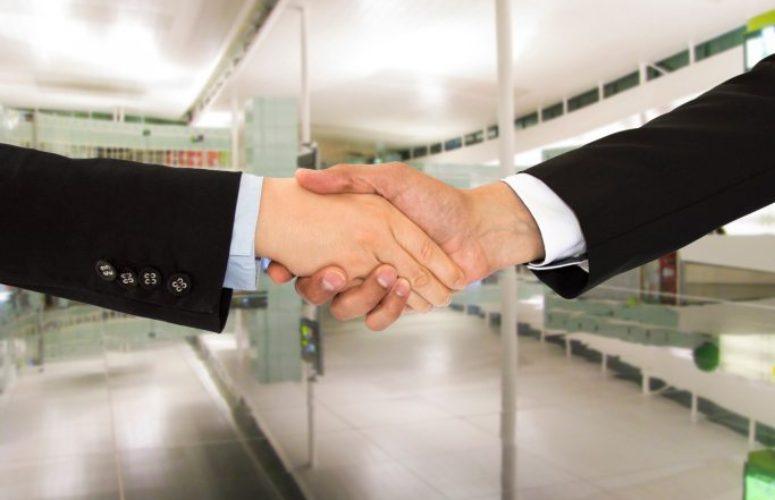 Commercial building owners/investors, brokers and construction professionals all agree that the emphasis in the commercial office market today is clearly focused on “repositioning” the existing inventory by renovation accomplished through improvements or by reinvention achieved through major fit-outs or reconstruction.

“The office space market has improved a bit. Lots of deals are being made, but I do not think it will impact absorption rates much,” says David Zimmel, CEO, Zimmel Associates. “With the exception of solid, concentrated locations such as Metro Park or the Jersey City Waterfront, I think suburban office assets are going to continue being challenged over the next couple of years. That said, the older suburban assets have potential to be upgraded or repurposed to meet the desires of a changing market,” Zimmel adds.

A stellar showcase of recognizing and exceeding the aforementioned challenges is Eastman Companies’ office portfolio in Livingston/Florham Park, a prime example of on-site amenities becoming an office tradition.

At 354 Eisenhower Parkway (Livingston), extensive upgrades to its on-site café doubled the seating area. Seating has also been added to the atrium/outdoor patio areas. Recent renovations to the first/second floor lobbies at Eastman Office Center at 651 Old Mt. Pleasant Avenue (Livingston) followed the addition of a conference center and café, ample indoor seating, a large-screen TV and an outdoor patio with bistro seating. Enhancements to the first and second floor common areas at 23 Vreeland Road (Florham Park) include new paint, floor coverings, furnishings and custom artwork created by a talented local artist.

The indoor and outdoor enhancements assure current and future tenants a complete “live/work/play” experience, according to David Simson, vice chairman/COO-NJ of Newmark Knight Frank (NKF), the exclusive leasing agent for 56 at Roseland.

“56 at Roseland represents the future of office development,” Simson says. “Tenants’ needs have changed dramatically over the last several years. Many employees no longer maintain a ‘9-to-5’ lifestyle, and the modern workplace needs to support this trend with on-site amenities and services. An employee who works at 56 at Roseland can arrive early for a morning workout, grab breakfast, and at the end of the workday, collaborate with colleagues in an outdoor seating area. Everything a sophisticated tenant needs is right here without ever leaving the building.”

Another truly impressive adaptive reuse initiative in the northern region is Kearny Point. Hugo Neu is reinventing this antiquated complex into a modern workplace, which is home to a diverse community of emerging businesses. Phase one of the project, Building 78, was the first to be redeveloped under its ambitious multiphase plan. Now more than 95 percent leased, the structure features creative flex office spaces, along with a co-working facility called Kearny Works.

Phase two, Building 100, will be revamped into a technologically advanced creative office environment to accommodate larger companies and host its own unique features as it will be complemented by over 25 acres of new open/civic space, including a public amphitheater, a continuous waterfront promenade, and a living shoreline, to name some attractions.

“Co-working centers, like the ones seen at Kearny Point, are truly a great example and preview of what future office space will look like,” says Michael McGuinness, CEO, NAIOP New Jersey.

Another pioneering mixed-use complex needing no introduction that continues to undergo added improvements and upgrades to its landmark site is the 50-acre Glenpointe Centre in Teaneck. Owner/developer Alfred Sanzari Enterprises has announced that for the first time in its 73-year history, and while the property will remain under its direct oversight, it has joined forces with JLL to provide property management and agency leasing.

The scenic property also features the established 350-room full-service Marriott at Glenpointe hotel and the 26,000-square-foot Glenpointe Spa & Fitness Center. Currently, the construction of a 350-room dual-branded hotel is underway at the complex. The Hampton Inn & Suites and Homewood Suites, both Hilton brands, are scheduled to open this summer.

In a long-awaited commencement of the extremely high-profile Prizm Capital Partners’ ON3 redevelopment plan of the former Hoffmann-La Roche campus in Passaic and Essex counties, the nearly $10-million first phase of development, including internal roadway construction and utilities infrastructure, has begun.

The ON3 redevelopment represents New Jersey’s next generation lifestyle hub. It is positioned to set a benchmark in “walking urbanism” by promising a world-class, mixed-use setting integrating second-to-none office space, R&D facilities, recreational, hospitality and wellness options as well as other uses, thus creating a 24/7 environment. The site is strategically located on Route 3, poised between the Garden State Parkway and NJ Turnpike just a short drive from the Lincoln Tunnel.

“Our shared goal is to effect appropriate change, change that will capture and drive economic strength for the communities of Nutley and Clifton in a manner that will serve them not just today but for decades to come,” says Prism Capital Partners’ Eugene Diaz, principal partner.

Seton Hall University has co-located its Graduate College of Nursing and School of Health and Medical Sciences at 123 Metro Boulevard as well, and Hackensack Meridian is creating a National Health Institute-designated Clinical Research Center at the property. Meanwhile, biofabrication company Modern Meadow in mid-2017 leased and moved into its 73,000-square-foot, state-of-the-art office/laboratory at 111 Ideation Way.

“This is a much-anticipated step forward as we ready ON3 for re-occupancy and redevelopment,” Diaz notes. “The new Hackensack-Meridian School of Medicine at Seton Hall University will open its doors this month for classes, and our roadway improvements coincide with the completion of its building renovations and new surface parking at 123 Metro Boulevard.”

In the Parsippany (Route 80/46) corridor, there have also been some notable transactions as well, first a pair of acquisitions by Vision Real Estate Partners and Rubenstein Partners continuing a joint venture partnership’s commitment to the Morris County office market. In separate transactions, the firms recently purchased Phases I and II of the former Morris Corporate Center IV, amassing nearly 700,000 square feet of Class A product on Interpace Parkway.

An extensive capital and rebranding campaign is quickly being implemented for the twin, trophy-quality assets. Each includes two interconnected buildings ideally located on a total of 30 acres at the sought after I-80/287 interchange. The ambitious capital improvement program will increase indoor and outdoor amenity space throughout the campus, and expand parking with a town-approved parking structure.

“The opportunity to purchase two of Morris County’s best office assets, which we will integrate under a single brand, was highly compelling,” notes Vision Real Estate Partners’ Sam Morreale, founder and managing partner. “Space of this caliber and scope is fairly limited in the Morris County market.” The unified campus can accommodate diversified requirements ranging from as little as 10,000 to more than 500,000 square feet.

In an additional expansion of its North Jersey office footprint, Vision Real Estate Partners has acquired the 226,317-square-foot, Class A office building  known as 20 Waterview Boulevard (also) located in Parsippany. The four-story property is situated within the well-known Waterview Corporate Center on Route 46.

20 Waterview Boulevard, which is the largest of the premier office park’s buildings, and is suitable for small and large users alike, features flexible floor plates that allow for contiguous suites from 10,000 to 100,000 square feet. JLL served as the exclusive sales agent in the transaction. Colliers International will be handling the leasing.

“We are planning extensive renovation projects to transform 20 Waterview Boulevard into a fully-amenitized building, providing current and future tenants with an enhanced corporate environment,” Morreale says. Renovations will include an updated lobby with collaborative space and exterior upgrades as well as creative amenity facilities, further adhering to an ongoing theme.

Zimmel Associates’ own David Zimmel points to what he terms Class B success. “The demand for space differs from market to market,” says Zimmel. “For instance, we have five Class B buildings in Clark, right at exit 135 of the GSP, totaling 275,000 square feet and those buildings are 96 percent leased as we’re able to lease them in the $20 per square foot range. Nearby in Cranford, similar buildings are $24-$26 per square foot.  If you go south, the next exit is Metro Park which is $30-$35 per square foot.  If someone is looking at highly competitive rents in a good location right next to the Parkway, Clark soon becomes very attractive,” he says.

Zimmel Associates also arranged the lease of a (full) floor for Amwins Group Brokerage (the global insurance firm) at 105 Fieldcrest Ave. in Raritan Center, Edison, a 183,000 square foot Class A office building that offers quick access to Interstate 287, the New Jersey Turnpike and the Garden State Parkway. “It is a beautiful, updated, Class A office building with an on-site, full service cafeteria.” Zimmel says.

Along those same lines of Class B success, declining vacancies within Class B properties and market-wide increases in asking rents proved to be the two most-encouraging indicators amid an otherwise indifferent quarter in the Central New Jersey office market, according to reports by Cushman & Wakefield. Demand remained tempered over the last few quarters in Central New Jersey (CNJ) due to the lack of substantial Class A transactions. However, new leasing was up compared to the first quarter of 2017. Leasing within Class B product drove demand, accounting for 60 percent of overall transactional volume.

CNJ’s average asking rental rate continued to climb during the first quarter of 2018, rising 2.8 percent since year-end 2017 to $26.56 per square foot. While the average among Class A assets remained largely unchanged, a substantial increase occurred in the Class B market, where the direct average rental rate climbed 5.2 percent since year-end 2017 to $23.53 per square foot. This uptick was due to both healthy leasing activity among these assets and the aforementioned redevelopments of lower-priced buildings in some submarkets.

“The end of 2017 saw an increase in the amount of space on the market, so the availability rate went up ‘marginally’ throughout central and northern New Jersey,” says Rob Rudin, vice chairman, Cushman & Wakefield.

Following many years of struggling to increase tenant occupancy, the South Interstate-287 submarket has seen impressive improvement. The recession certainly took a heavy toll on the submarket, which routinely had an availability rate above 30 percent between 2008 and 2013. However, given the submarkets reputation as a low-cost-alternative to Metropark and the surrounding market’s growing education and health care industries, the submarket was still able to recover.

Since 1Q 2013, the submarket absorbed 1.4 million square feet of space, improving the availability to a historic low of 16.2 percent this quarter. Leasing activity during the first quarter remained robust, totaling 139,253 square feet and was driven by Momentum Solar’s 63,328-square-foot lease at 3096 Hamilton Boulevard in South Plainfield. With more than 350,000 square feet of active requirements, positive momentum in the South I-287 submarket is expected to continue throughout the year.

“What’s really interesting is that ‘office-using’ employment continues to increase, as unemployment continues to decrease, yet simultaneously, there appears to be more space coming to the market,” says Cushman & Wakefield’s Rudin. “Despite those two major factors, coupled with the fact that many functionally-obsolete office buildings are being demolished and rebuilt, the phenomenon of more space coming to the market is counterintuitive,” he declares.

“There are indicators that give us reason to think positively, for instance, private-sector employment is on the rise. This bodes well for the office market, adds Zimmel.

In this market, it seems as if older buildings have and will continue to attract new business through repurposed, updated and upgraded office space focused on meeting the needs and requirements of today’s tenants.